On Raksha Bandhan, sisters tie a sacred thread called Rakhi on the right hand wrist of their brothers 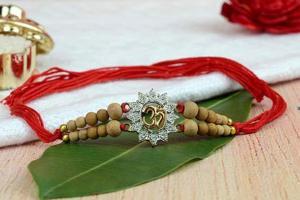 
This year, the Raksha Bandhan festival will be celebrated on August 3. According to the Hindu Calendar, Raksha Bandhan is celebrated every year on the Full Moon day (Purnima Tithi) in the sacred month of Shravan. The day celebrates the bond and love between brother and sister.

'Raksha Bandhan' literally means 'the bond of safety and security' that siblings promise each other on this special day. On this day, sisters tie a sacred thread called 'Rakhi' on the right hand wrist of their brothers.

While the festival will be celebrated across India and the globe today, the Purnima Tithi on Raksha Bandhan begins at 9:28 am on August 2 and ends at 9:28 pm on August 3. Although the Rakhi can be tied anytime on the day, the best time to tie the sacred thread would be the Aparahna Muhurat which is between 1:48 pm to 4:29 pm.

However, if one misses the Aparahna muhurat, then Rakhi can be tied during the Praodsh time which is between 7:10 pm to 9:17 pm.

The Raksha Bandhan festival has historical and mythological significance. In Mahabharata, Draupadi did dressing on the wound of Lord Krishna, who had cut his finger, using the loose end of her saree. Moved by her act, Lord Krishna had promised to protect her always and kept his promise by saving her while she was being humiliated in Hastinapur royal court.

How should the Rakhi be tied:

As per traditions, the sister applies tilak and then the akshat on the forehead of her brother. After this, the sister performs the aarti in order to remove all the negativities that may affect him. Tie the Rakhi and offer a sweet to your brother.