Ratan Tata, others join as trustees of PM CARES Fund

PM Modi chaired a meeting of the Board of Trustees of the PM CARES Fund on Tuesday during which a presentation was made on the various initiatives undertaken with the help of PM CARES Fund, including the PM CARES for Children scheme which is supporting 4,345 children 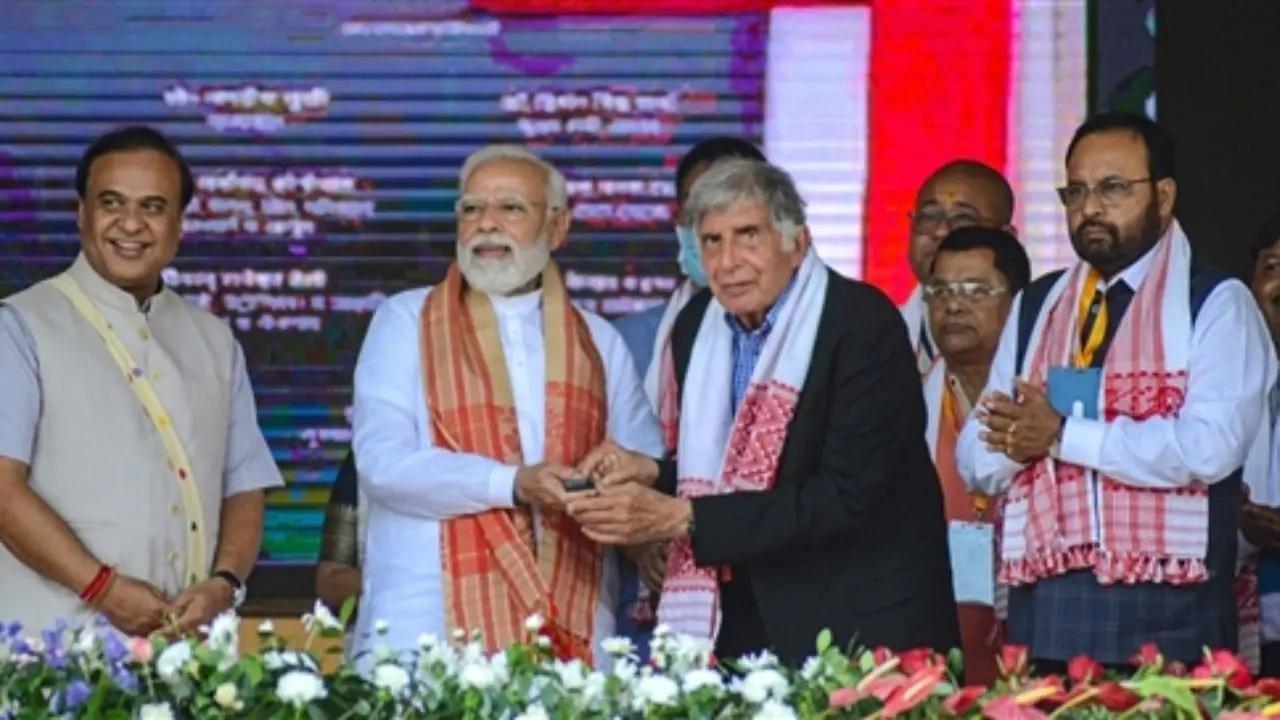 PM Modi chaired a meeting of the Board of Trustees of the PM CARES Fund on Tuesday during which a presentation was made on the various initiatives undertaken with the help of PM CARES Fund, including the PM CARES for Children scheme which is supporting 4,345 children, a statement issued by the Prime Minister's Office (PMO) said.

It was discussed that PM CARES has a larger vision on effectively responding to emergency and distress situations, not only through relief assistance, but also taking mitigation measures and capacity building, it said.

The prime minister welcomed the trustees for becoming an integral part of the PM CARES Fund.

The trust also decided to nominate some eminent persons for constitution of Advisory Board to PM CARES Fund, including Rajiv Mehrishi, former Comptroller and Auditor General of India; Sudha Murthy, former Chairperson, Infosys Foundation; Anand Shah, Co-founder of Teach for India and former CEO of Indicorps and Piramal Foundation.

Prime Minister Modi said the participation of new trustees and advisors will provide wider perspective to the functioning of the PM CARES Fund, according to the statement.

He said their vast experience of public life would impart further vigour in making the fund more responsive to various public needs.

The PM CARES Fund, set up to deal with emergencies such as the Covid pandemic, saw its corpus grow nearly three-fold to Rs 10,990 crore in the 2020-21 fiscal, while the disbursal rose to Rs 3,976 crore, according to the latest audited statement. The disbursal included Rs 1,000 crore for migrant welfare and over Rs 1,392 crore for procurement of Covid vaccine doses.

The fund was set up as a public charitable trust "keeping in mind the need for having a dedicated national fund with the primary objective of dealing with any kind of emergency or distress situation, like posed by the COVID-19 pandemic, and to provide relief to the affected".

The PM CARES FUND had generated a lot of interest immediately after Prime Minister Modi announced its formation after the COVID-19 outbreak and appealed for donations, prompting several private firms, government bodies and individuals, including celebrities to donate money.

Next Story : Not ready to accept India is communal; fight for Article 370 will continue: Farooq Abdullah