Mayawati on Tuesday had slammed the BJP-led Uttar Pradesh government for not letting opposition parties protest, a day after police here foiled a Samajwadi Party (SP) agitation over a host of issues 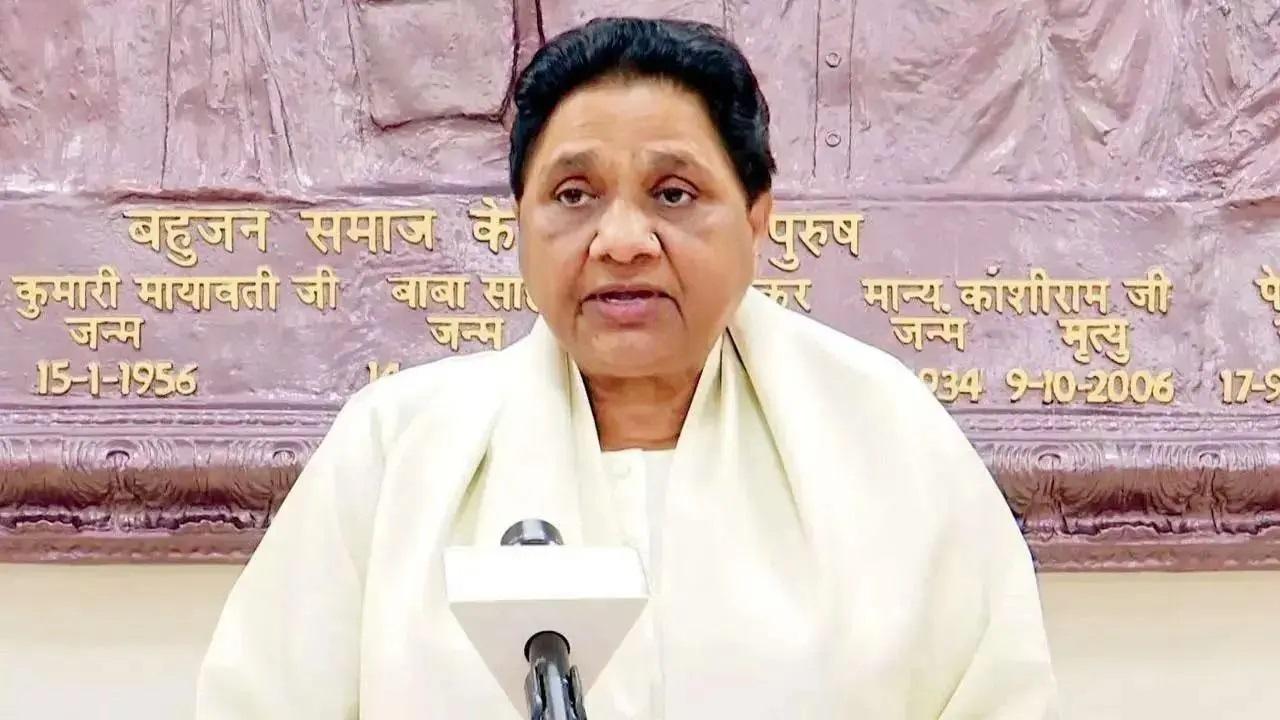 
BSP supremo Mayawati on Wednesday accused the Samajwadi Party of failing to stop the ruling BJP from working against people's interests, apparently putting to rest the speculations of a possible tie-up between both opposition outfits.

Mayawati on Tuesday had slammed the BJP-led Uttar Pradesh government for not letting opposition parties protest, a day after police here foiled a Samajwadi Party (SP) agitation over a host of issues.

The Bahujan Samaj Party (BSP) chief's remark on Tuesday led to speculations of a possible tie-up between both opposition parties, with political experts terming it as ripple effect of the change of the guard in Bihar, where the JDU snapped its ties with the BJP and formed a new government with the RJD.

Training her guns at the Samajwadi Party on Wednesday, Mayawati tweeted, "Secular forces of Uttar Pradesh voted against the extreme casteist, communal and anti-public policies of the BJP and made the SP the main opposition party but it can be seen failing to give a tough fight to the BJP."

Also Read: During Parliament session, there is no proper discussion on burning issues: Mayawati

This has set the BJP government free to work against interests and welfare of crores of people of UP with a "completely autocratic, anti-people thinking and working style", she added.

"Even in the Legislative Assembly, despite having a huge force, the SP looks very helpless and weak against the government, very worrying," Mayawati said.

On Tuesday, Mayawati had accused the state government of "dictatorial behaviour" and not allowing the opposition parties stage protests.

She in a tweet had said the BJP should know that blocking the road outside the Vidhan Bhavan on minor issues and disrupting the normal life has been its "cruel history".

After Mayawati made the statement, political experts started speculating about a tie-up between the Samajwadi Party and the Bahujan Samaj Party, which was described as "far-fetched" by SP national spokesperson Rajendra Chaudhary.

Earlier, both parties had contested the 2019 Lok Sabha polls together but the ties ended following the elections.