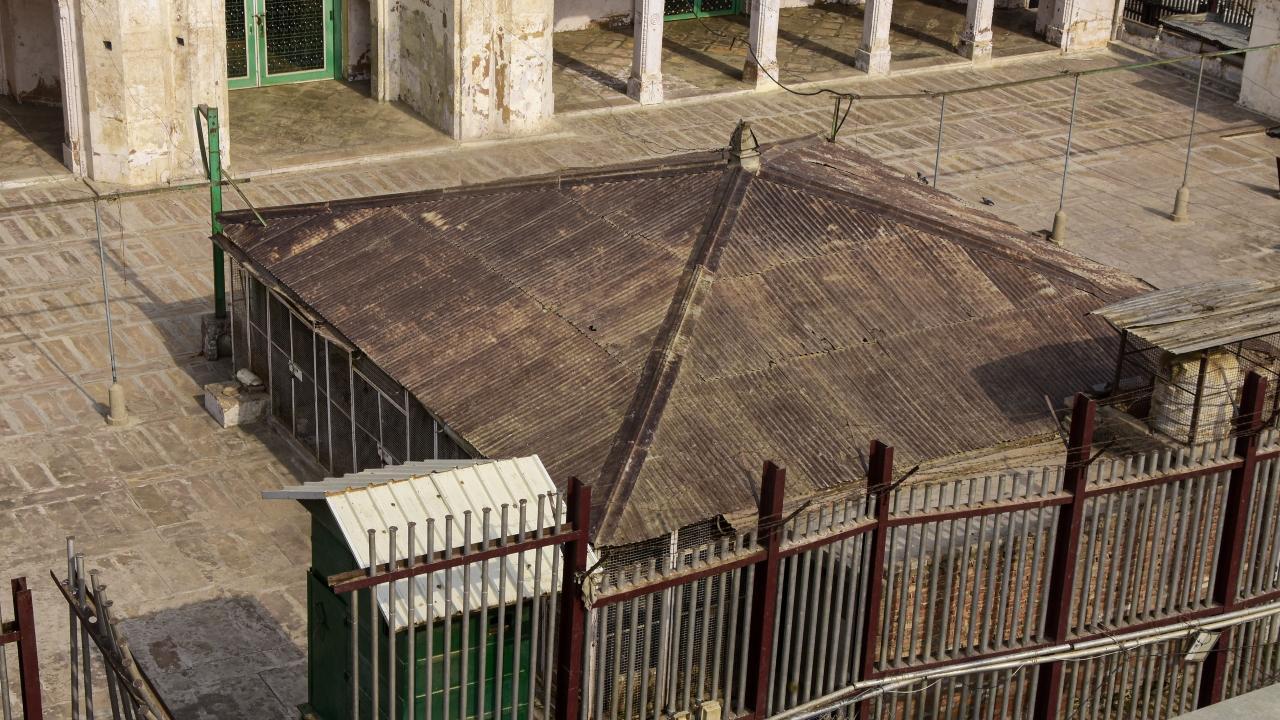 View of the Gyanvapi Mosque after its survey by a commission, in Varanasi. Pic/PTI


Several sculptures of gods and goddesses alongwith other structures related to Hindu belief were seen in the Gyanvapi Mosque in Varanasi, said advocate Ajay Kumar Mishra, who was appointed commissioner by Varanasi court to survey the Gyanvapi-Gauri Shringar complex but was later removed for leaking the information.

The report was submitted by former court-appointed Commissioner Ajay Kumar Mishra as the Supreme Court is set to resume the hearing of the Gyanvapi mosque case on Wednesday with petitioners contending that the videographic survey carried out of the site was in violation of the Places of Worship Act.

The report submitted by Mishra stated, "Outside the barricading of the disputed area, the ruins of the old temple were found in which sculptures of gods and goddesses and patterns of lotus were seen. In the middle, stone sculptures of Sheshnag and "Nag phan" like patterns were seen. All the slabs seemed to be part of a big edifice."

The local court had removed Advocate Commissioner Ajay Mishra on Tuesday, stating that he had been "highly irresponsible" in executing the work.

"Further four idol like structures with "Sinduri" mark were observed. It seemed that arrangments for lighting diyas were there. The stone slabs with artistic patterns were kept in the west wall behind the mosque appeared to be in the continuity with the big structure," the report said.

The report by Mishra also mentioned that the three-four sculptures with Sindoor marks and 'Choukhat' like stone slab are believed to be 'Sringar Gouri'.

The Varanasi court-appointed commission which conducted the survey of the Kashi Vishwanath temple-Gyanvapi mosque complex is expected to submit its report today after it has sought a two-day extension.

The Hindu petitioner in the case, Sohan Lal Arya on Monday claimed that the committee found a Shivling at the complex. Arya, who accompanied the court commission for the mosque survey, said that they have found "conclusive evidence".

Hearing the Gyanvapi mosque case on Tuesday, the Supreme Court ordered the Varanasi district magistrate to ensure the area where a shivling was purportedly found is protected without obstructing the Muslim community's right to worship.