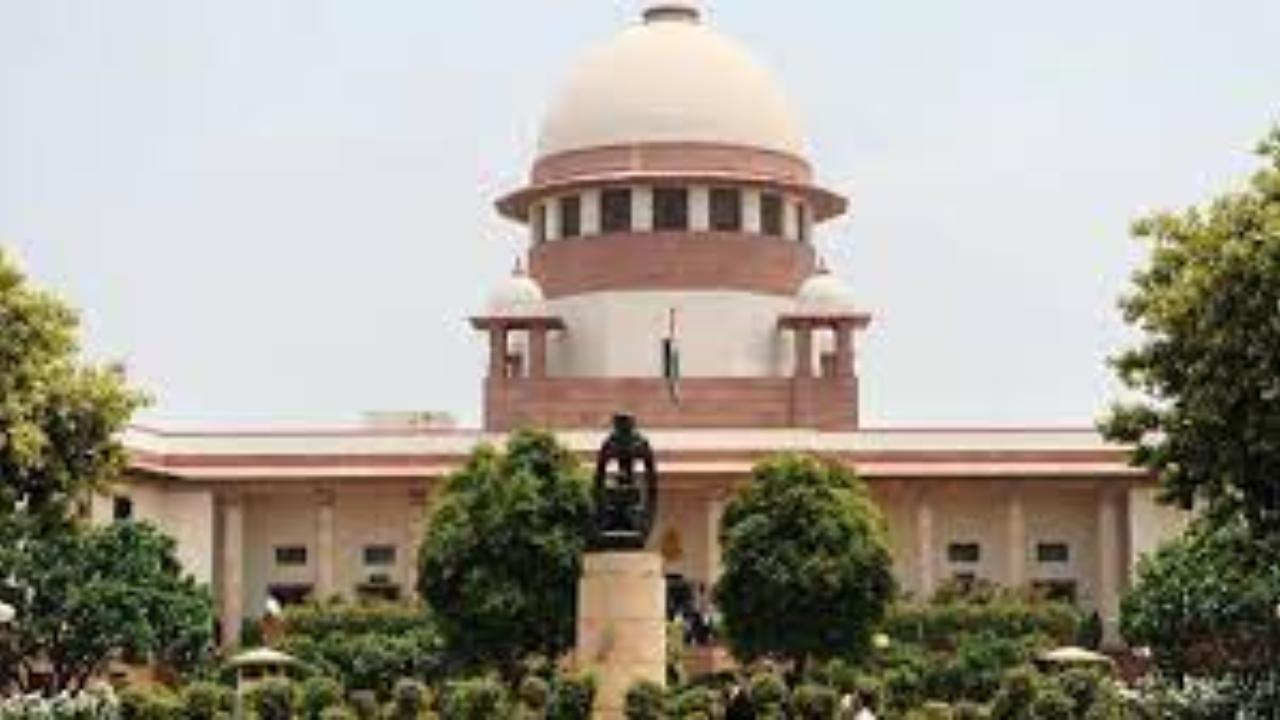 
The Supreme Court is scheduled to hear on Tuesday the plea of the management of Gyanvapi mosque against the survey of the Gyanvapi-Shringar Gauri complex in Varanasi in Uttar Pradesh.

The apex court will hear the matter amidst an important development with a Varanasi court on Monday directed the district administration there to seal the spot of the survey inside the complex where allegedly 'Shivling' has been found by the surveying team.

As per the updated list of business of the apex court for Tuesday, a bench of Justices D Y Chandrachud and P S Narasimha would be hearing the plea of the Committee of Management Anjuman Intezamia Masjid, which manages the affairs of Gyanvapi mosque in Varanasi.

On Friday last, the bench, however, had refused to pass any interim order of status quo against the ongoing survey of the religious complex on the plea of the Muslim side.

But, the CJI-led bench had agreed to consider listing the plea for hearing.

"Upon being mentioned by Huzefa Ahmadi, senior counsel appearing on behalf of the petitioner, we deem it appropriate to direct the Registry to list the matter before the bench presided over by Dr. Justice D Y Chandrachud," the bench, also comprising Justices J K Maheshwari and Hima Kohli had said in its order.

Ahmadi, appearing for the mosque committee, had told the bench that a plea had been filed against the survey being conducted at the site and had sought an urgent interim order in the case.

"We have filed in relation to a survey which has been directed to be conducted in relation to the Varanasi property. This (Gyanvapi) has been a mosque since time immemorial and this is clearly interdicted by the Places of Worship Act," the senior advocate had said.

The Muslim side has been referring to the Places of Worship (Special Provisions) Act, 1991 and its Section 4 which bars filing of any suit or initiating any other legal proceeding for a conversion of the religious character of any place of worship, as existing on August 15, 1947.

A Varanasi local court on May 12 had rejected a plea to replace the advocate commissioner it had appointed for conducting a videography survey of the Gyanvapi-Shringar Gauri complex and ordered the completion of the task by May 17.

The district court also appointed two more lawyers to help the advocate commissioner survey the mosque, which is located close to the iconic Kashi Vishwanath temple.

It ordered the police to register FIRs if there are attempts to scuttle the exercise.

The local court's May 12 order came on a plea by a group of women seeking permission for daily worship of Hindu deities whose idols are located on an outer wall of the mosque.

The mosque management committee had opposed filming inside the mosque and also accused the court-appointed commissioner of partiality. Amid the opposition, the survey was stalled for a while.

Civil Judge (Senior Division) Ravi Kumar Diwakar also dismissed objections to the opening of the two closed basements in the mosque complex for the survey, according to the counsel representing Hindu petitioners.

The court also directed the district magistrate and the police commissioner to monitor the exercise and lodge an FIR if anyone created hurdles in the survey.
It said the survey could be done in the Gyanvapi-Shringar Gauri complex between 8 am and 12 pm daily till its completion.

The video graphics survey of the mosque was ordered on April 18, 2021, by Judge Diwakar following the plea by Delhi residents Rakhi Singh, Laxmi Devi, Sita Sahu, and others.

The original suit was filed in 1991 in the Varanasi district court for the restoration of the ancient temple at the site where the Gyanvapi mosque currently stands.
The plea has been taken in the suit that said the mosque is a part of the temple.