Gokhale was detained at Jaipur in Rajasthan in the early hours by officials of the Ahmedabad Cyber Crime Cell and brought in the afternoon to Ahmedabad where he was formally placed under arrest, said Assistant Commissioner of Police (ACP), Cyber Crime, Jitendra Yadav 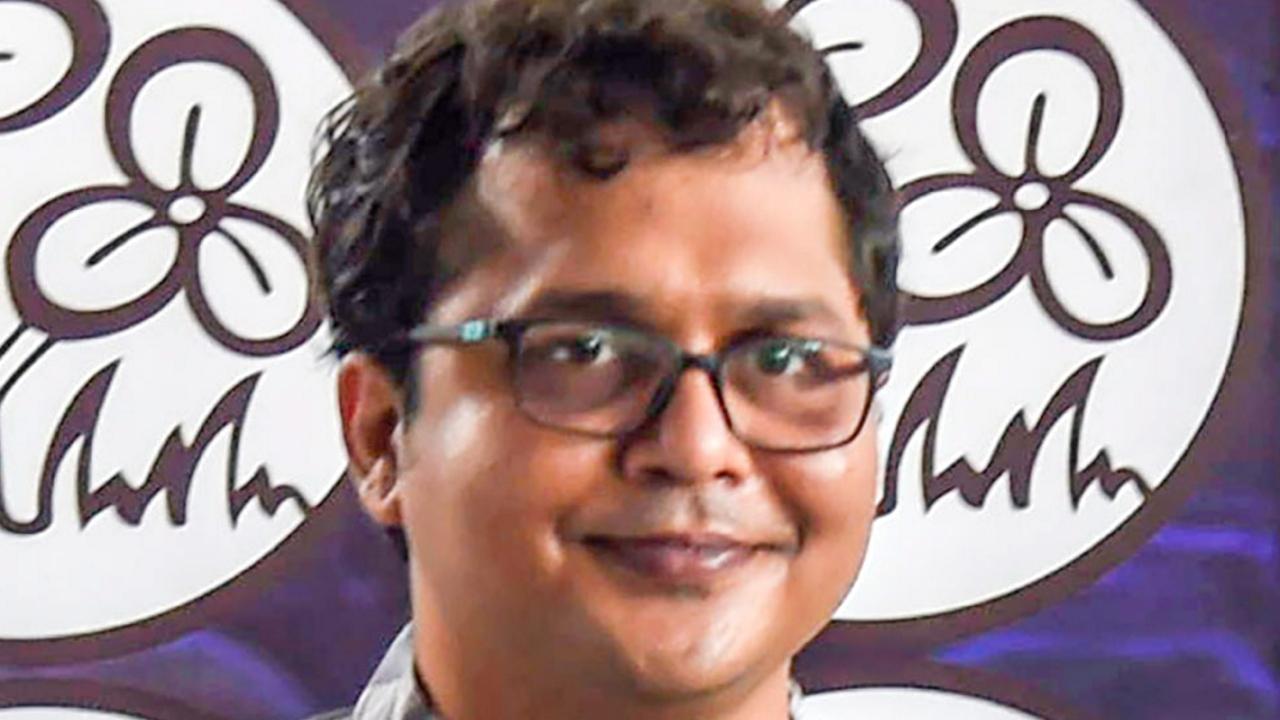 
Trinamool Congress (TMC) national spokesperson Saket Gokhale was arrested on Tuesday for a tweet endorsing an alleged fake news report about Prime Minister Narendra Modi's visit to Gujarat's Morbi town after the collapse of a suspension bridge in October, a police official said.

Gokhale was detained at Jaipur in Rajasthan in the early hours by officials of the Ahmedabad Cyber Crime Cell and brought in the afternoon to Ahmedabad where he was formally placed under arrest, said Assistant Commissioner of Police (ACP), Cyber Crime, Jitendra Yadav.

Later, the TMC member was produced before the court of Additional Chief Metropolitan Magistrate MV Chauhan, who sent him to police custody till December 8.

"Based on a complaint we received from a citizen, an FIR (first information report) was lodged against Gokhale for spreading fake news about the PM's visit to Morbi after the bridge collapse tragedy. We detained him from Jaipur today morning and brought him here, Yadav said.

The FIR was registered in Ahmedabad under Indian Penal Code (IPC) sections 465, 469, 471 (all related to forgery) and 501 (printing or engraving matter known to be defamatory), police said.

The 35-year-old spokesperson of the Mamata Banerjee-led TMC underwent a heart surgery recently and was on a private visit to Jaipur, sources said.

Gokhale recently tweeted a purported news clipping which apparently appeared to have been published in a leading Gujarati newspaper.

The purported news clipping claimed a query under the Right to Information (RTI) revealed the Gujarat government had spent Rs 30 crore on PM Modi's visit to Morbi town after the collapse of a suspension bridge on October 30.

The collapse of the British-era bridge built on the Machchu river in Morbi had killed 135 people.

The Prime Minister, who was on a Gujarat tour at that time, visited the site of the tragedy on November 1.

Citing the purported news clipping which he attached to his tweet, Gokhale said, RTI reveals that Modi's visit to Morbi for a few hours cost Rs 30 croreJust Modi's event management and PR costs more than the lives of 135 innocent people.

ACP Yadav said, When we contacted Gujarat Samachar, the management told us this news was never published and it was totally fake and created by someone to look authentic. Thus, we have detained (and later arrested) Gokhale for spreading fake news.

As per the FIR, quoted by the police in its remand application, the TMC leader had deliberately tweeted fake news "to get political mileage".

It further alleged Gokhale's act had sparked a "feeling of fear and hatred among citizens and it could dilute the peaceful atmosphere of Gujarat".

"It's a very bad, and sad (incident). Saket (Gokhale) is a bright man. He is very popular on social media. He has made no mistake," Banerjee told reporters at the Jaipur airport.

"I condemn this vindictive attitude. He (Saket) has been arrested because he tweeted against the Prime Minister. People also tweet against me... We are really feeling sorry about the situation," said the TMC supremo.