Will accept hanging if terror charges against me proved: Yasin Malik

During the course of the hearing before Special NIA Judge Praveen Singh, Malik said, 'I will not beg for anything. The case is before this court and I leave it on the court to decide it' 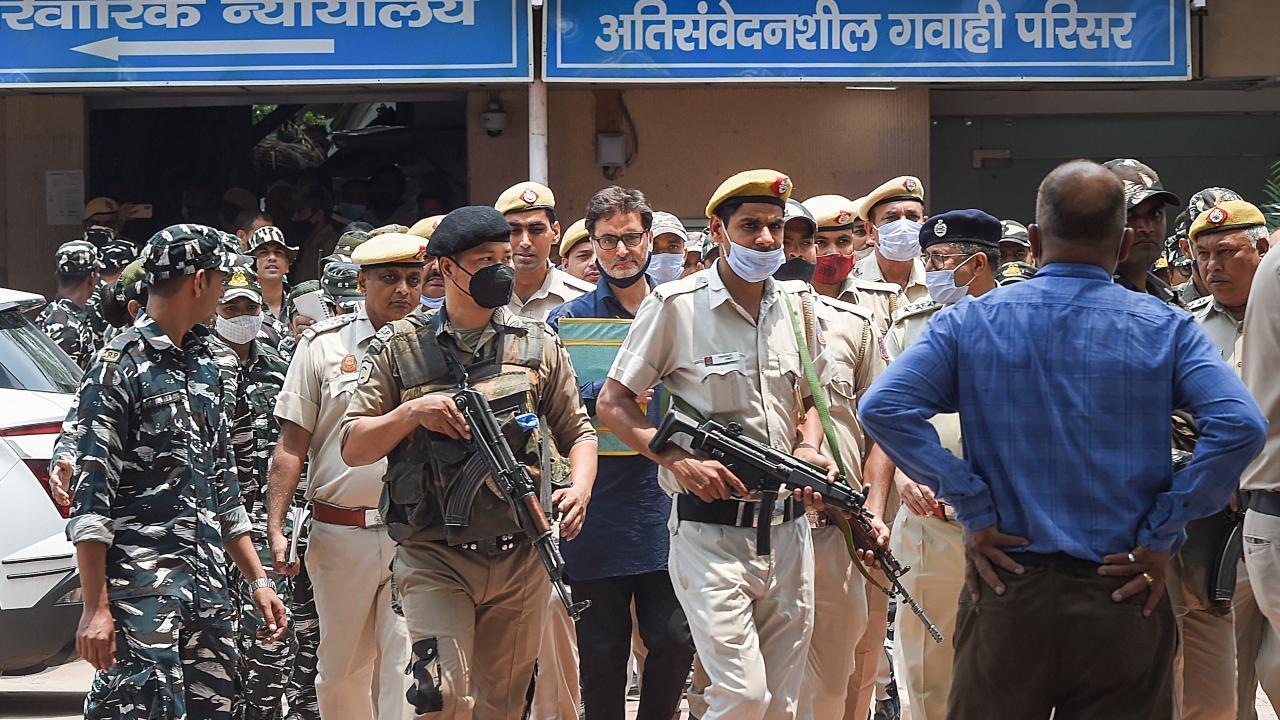 
Kashmiri separatist leader Yasin Malik, who has been convicted in a terror funding case, told an NIA court on Wednesday that he will accept hanging if the intelligence agencies prove any terror-related activities involving him.

During the course of the hearing before Special NIA Judge Praveen Singh, Malik said: "I will not beg for anything. The case is before this court and I leave it on the court to decide it."

"If I have been involved in any terrorist activity or violence in 28 years, if Indian Intelligence proves this, then I will also retire from politics. I will accept the hanging... with seven Prime Ministers, I have worked," he told the court.

The National Investigation Agency (NIA) told the court during the hearing that the accused is responsible for the Kashmiri Pandits' exodus from the Valley.

The Central probe agency also argued for the death sentence for Malik.

On the other hand, the court-appointed amicus curiae sought life imprisonment as a minimum punishment in the case.

Malik, who is awaiting the quantum of punishment for the offences in the case, was presented before the special NIA judge of Patiala House Court amid tight security.

The court had also directed the NIA authorities to assess his financial situation in connection with the terror funding case prior to Wednesday's hearing.

He is facing a maximum punishment of the death penalty, while the minimum sentence can be life imprisonment in the cases in which he is involved.

Malik has been charged with hatching a criminal conspiracy, waging war against the country, other unlawful activities, and disturbing peace in Kashmir.

He had pleaded guilty in the matter. On the last date of the hearing, he told the court that he was not contesting the charges levelled against him, including section 16 (terrorist act), 17 (raising funds for the terrorist act), 18 (conspiracy to commit terrorist act), and 20 (being member of a terrorist gang or organisation) of the UAPA and sections 120-B (criminal conspiracy) and 124-A (sedition) of the Indian Penal Code.

The present case is related to the various terrorist outfits Lashkar-e-Taiba, Hizbul-Mujahideen, Jammu and Kashmir Liberation Front, and Jaish-e-Mohammed backed by the Islamic State perpetrating terrorist and secessionist activities to disturb peace in Jammu and Kashmir.