Abject poverty and a life under a railway bridge in Kurla near Mumbai at the tender age of 16 did not deter Manu from persuing magic -- his sole passion. In 1997, he started performing stage shows and created a name for himself by doing 808 fire escapes 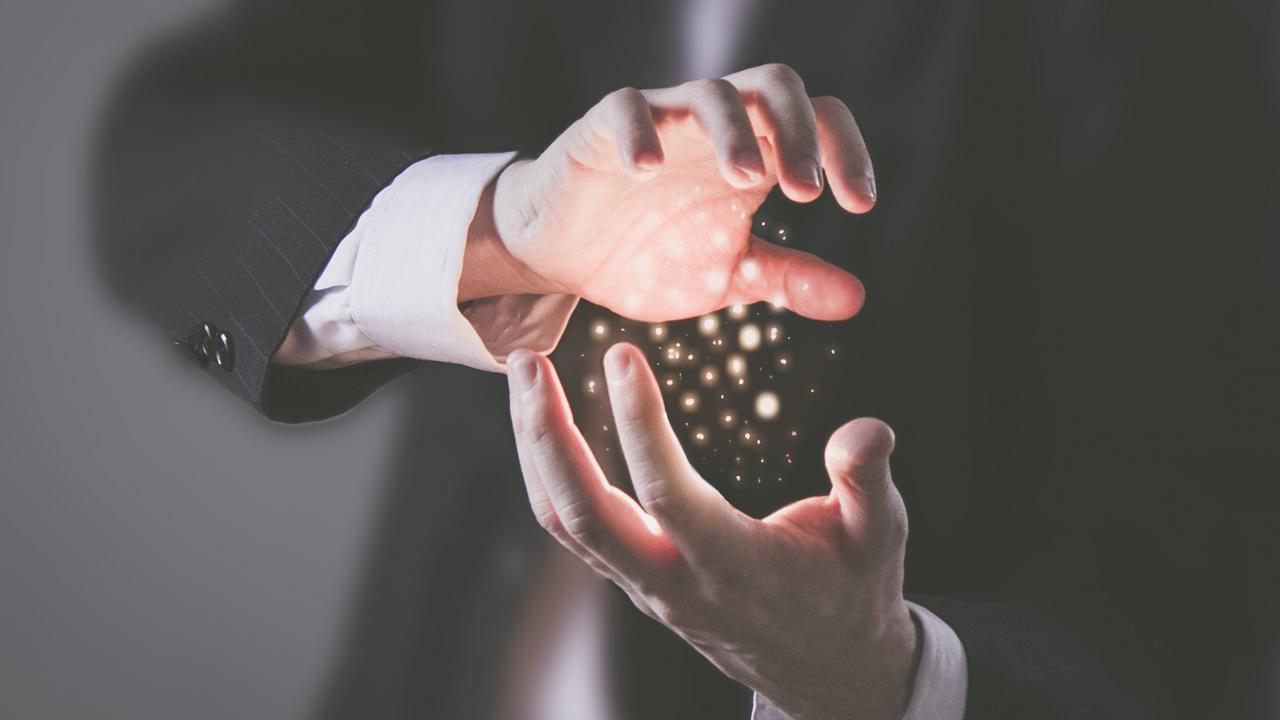 
Kerala magician Manu Mankombu's journey from obscurity to prominence by doing 808 fire escapes, is a thing of the past as now the 46-year-old ekes out his living by making and selling chips at a kiosk run by him in his home village -- Mankombu.

Abject poverty and a life under a railway bridge in Kurla near Mumbai at the tender age of 16 did not deter Manu from persuing magic -- his sole passion. In 1997, he started performing stage shows and created a name for himself by doing 808 fire escapes.

In a chat with IANS, Manu hailing from Alappuzha revealed his life trajectory which has been a bumpy one.

"My passion for magic started in grade six when I met local magician Poovathil Raghavan who trained me. A few years later, I got to do my first stage show. Soon I was asked by the then great magician R.K. Malayathu to share a stage with him in Palakkad," said Manu.

After failing in grade X in 1994, sixteen-year-old Manu decided to try his luck in Mumbai and boarded a train to the city of dreams quietly with Rs 420 stolen from home.

He landed in Mumbai without knowing anyone or the language. For almost 4 months he slept under a railway bridge near the Kurla railway station with dogs and pigs as his company. For 10 days he worked as a cleaning boy at a bakery but one day was beaten by the owner for no fault of his prompting him to leave.

"I used to draw well and while idling under the railway bridge I used to draw and got to know a local Jadugar. For some reason he took a liking for me and we became friends. One day I taught the Jadugar a card trick and in turn he taught me three tricks and from then our friendship grew and we moved near to Ullas Nagar. He used to sell small properties for doing magic. Every day, I would get Rs 7 as my daily wage which I would hide hide the saved money in a big hole in a wall near the VT railway station in Mumbai," said Manu.

He said when he was able to save Rs 200 for the first time he decided to send a money order to his father who was working as a labourer in an estate at Palakkad in Kerala.

"Few weeks after I send him the money, while I was painting a picture on a wall near Ullas Nagar, when someone tapped on my back and turning around, I was surprised to see my father and a cousin of mine. He wanted me to return, but I refused. Then my cousin got me a job as an artist in a painting showroom and for six months, I worked there and after an year in Mumbai, I returned to my village," added Manu.

Upon returning, he purchased lot of articles used for doing magic shows.

"It was in 1996 I did my first show in my village, for a local club where I got Rs 32 as my remuneration. I took Rs 2 and returned Rs 30. In 1996, I formed Alleppey Magic Vision and in 1997 I did my first fire escape. After that I started getting shows and by now I have performed 808 fire escapes, which is a record and I have all the papers to show all the fire escapes which I have done," added Manu.

When life was progressing smoothly, came the worst ever 2018 Kerala floods. As he hails from water logged Mankombu and his entire magic props were washed away by the gushing waters.

During the floods, he had a fibre boat on which he rescued 65 people of his village to safety. His application for compensation for the loss suffered due to the floods is with Kerala government and he hopes to get it soon, said Manu.

After losing all his props, he was in great distress. His friends came to his rescue and pooled in Rs 10 lakhs, which he has taken as a loan and he regrouped his troupe again.

"In 2020, I was thrilled beyond words, when I got a call from Mumbai's Ullas Nagar, where I was sleeping on the roads. They after learning that I was a full time magician, asked me to stage shows in Mumbai. It was the biggest crowning moment in my life and on March 10 I reached Mumbai with my troupe and staged one show exactly at the place where I slept, years back. When I felt Mumbai after conducting 18 shows, Covid was spreading. We reached a day before the lockdown was enforced and 21 stage shows was booked at that time in Kerala," said Manu.

He said since the lockdown till today, due to Covid protocols he could not perform a single show and life has returned to the hard days, almost similar to what it was when he was 16.

"With no eanings and a school-going daughter, one day I was reaclling the beating I got from the bakery owner in Mumbai. The next morning I decided I will open a bakery at a small room which my mother has in my home village- Mankombu. I opened the Vismaya Bakery and now I make hot steaming chips and at the end of the day, I go home with around Rs 500 for meeting our daily needs," said Manu.

Manu after having a bumpy ride has not lost hope and has just one need now and that's he wishes that he is able to get back to do what he does best- conducting stage shows.

"Am still reing under the Rs 10 lakhs debt which my friends organised for me and as and when the Covid protocols are lifted, I will get back to magic and repay the debts, which is my priority," added Manu.

Next Story : Why are monkeys of this Maharashtra village killing puppies?