All went up in smoke for David 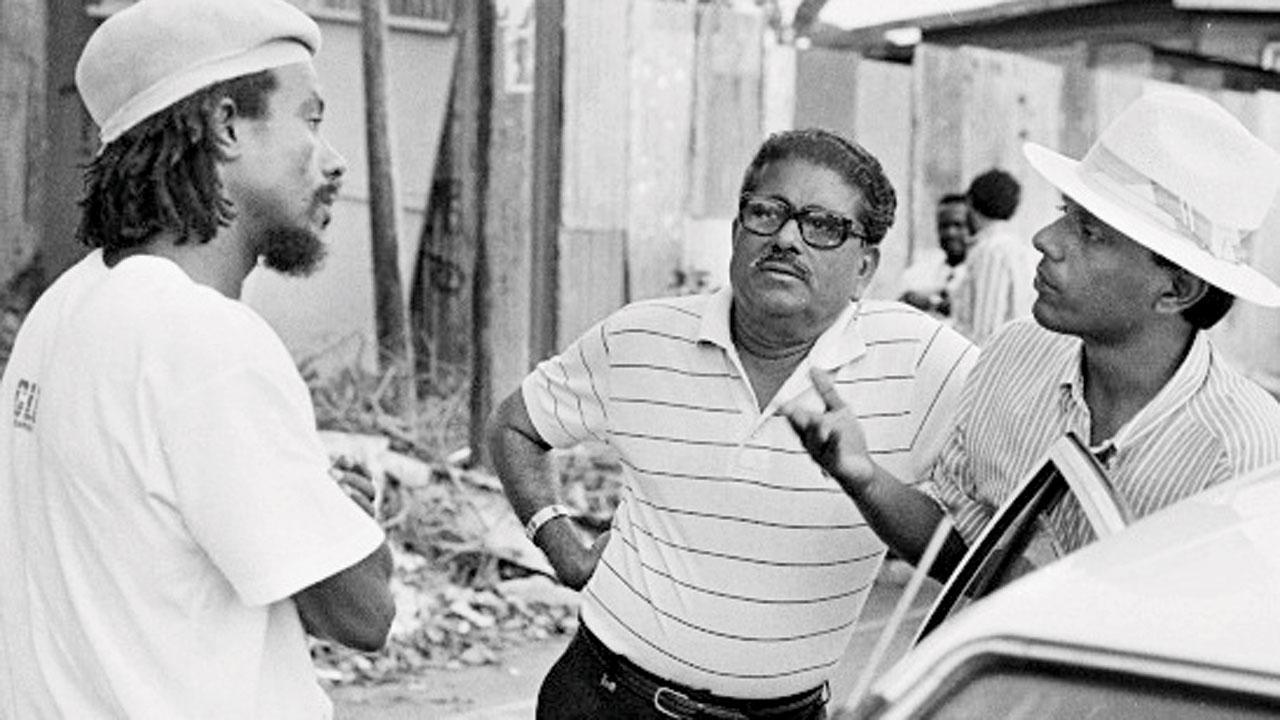 Forty-four Novembers ago, the 1978-79 West Indies cricket team landed in India for a six-Test series.

For cricket lovers like myself, much was expected from a team to be led by a new captain, Sunil Gavaskar, after Bishan Singh Bedi failed to lead India to victory in Pakistan.

Alvin Kallicharran’s team opened the Test series in Mumbai. As a 10-year-old, I was particularly keen on seeing how their wicketkeeper David Murray looked. His 84 was the second best score after Kallicharran’s 187 in West Indies’ only innings of that Test and he caught openers Gavaskar and Chetan Chauhan in India’s second innings.

I just couldn’t get my hands on a newspaper which carried a close-up image of Murray. Finally, deep into the series, a classmate happened to have a scorecard distributed during the Wankhede Test that had close-ups of all the West Indian players (see inset pic).

Murray, 72, passed away on Saturday, reportedly found dead outside his Barbados home. His upheavals were well documented. In a way, he paid a heavy price for going on the rebel tours to South Africa in the early 1980s. There was no question of a comeback or even other cricket-related opportunities on his return. Of course, he had himself to blame as well, because his drug consumption became an addiction.

Back to 1978-79. Caught Murray b Clarke [Sylvester] became a familiar mode of dismissal across the six Tests in India and while I rejoiced when India won the Chennai Test by three wickets, I wondered why my team didn’t win the series more convincingly. 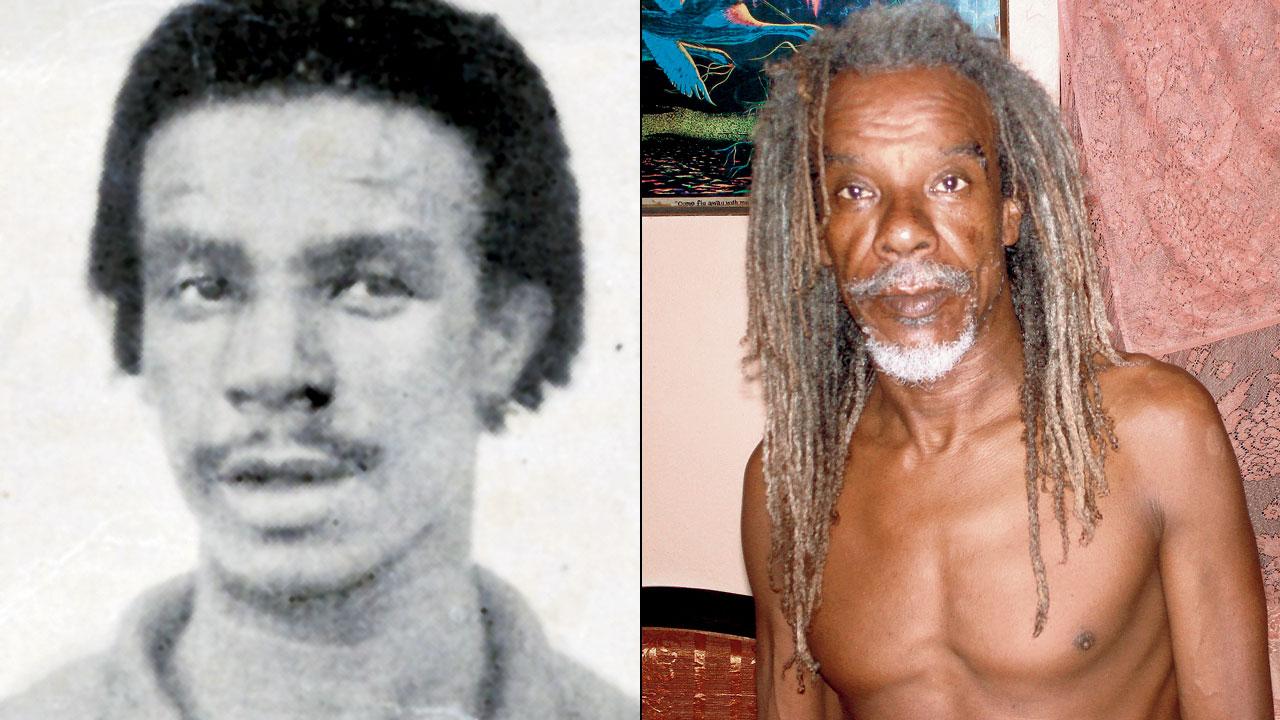 It was a second string outfit that took on Gavaskar’s men. The big stars were serving Kerry Packer at World Series Cricket (WSC). The return of the regulars was inevitable but quite a few from Kallicharran’s team played with the big boys after WSC ended—the captain himself, Larry Gomes, Malcolm Marshall and Faoud Bacchus, Derek Parry and Clarke to a lesser extent.

Murray was brilliant behind the stumps on the India tour and earned Gavaskar’s praise. “David Murray kept wickets excellently and if his colleagues in the slips had taken their catches as well as Murray did, the story would have been different,” the India captain told journalist Sharad Kotnis in Sportsweek. Murray also hit a double century against East Zone at Jamshedpur.

Murray went on to displace his namesake Deryck Murray in the team after the 1980 tour of England. When Trinidad’s Deryck was not included in the Test XI for the opening Test against the 1980-81 English tourists, there was more than just a protest at Port of Spain. Murray, playing only his fourth Test at home, was booed when he came out to bat. Six Tests later, he was replaced by Jeff Dujon on the 1981-82 tour to Australia, where Murray suffered a broken finger.

Michael Holding, that great pace bowler, reckoned Murray was the finest wicketkeeper he played with. It was Murray who caught Greg Chappell off Holding’s first ball to the Australian captain in the first innings of the 1981-82 Melbourne Test, where Chappell bagged his fourth consecutive duck for Australia.

In his book Whispering Death, Holding felt “high-class” Murray should have replaced Deryck on the 1980 England tour itself because, “he [David] was the better keeper at that time.”

Murray became a forgotten figure for me until I read Mudar Patherya’s interview of him in the May 31-June 6, 1989 issue of Sportsworld magazine. Murray’s addiction came to light in this interview. ‘Ganja Helped Me Be A Better Wicket-keeper’ screamed the Sportsworld headline. Murray told Patherya that he had spent 5,00,000 Barbados dollars (R45 lakh) on his addiction. He had given up cocaine by then, but marijuana still “cheered” him up.

The photograph of a bare-chested Murray sitting in his shorts on a red sofa added to the shock element of it all. Patherya, who tracked Murray down to a “seedy bylane in Barbados” told his readers that he paid Murray 15 Barbados dollars (R135) for the 45-minute chat.

In June 2006, this newspaper’s then cricket correspondent Sanjjeev K Samyal landed up at Murray’s home with fellow journalist Siddhartha Vaidyanathan. Murray wanted 20 Barbados dollars to talk. When Samyal emailed me the photograph of Murray to go with his story, I was more shocked than I was in 1989. The one-page interview included bits about how drugs were available for him at a market near Mumbai’s Gateway of India, where he got “good African marijuana.” Murray, who also toured India in 1974-75 with Clive Lloyd’s team, added: “Mumbai is free, you can take a walk and have a smoke on the road. I rarely smoked in the room. You take a couple of towels and plug the door and the smoke stays within but not when the room partner is around. You can also stand in the balcony and smoke.”
I forgot all about Murray until I read about his death on Saturday. And unlike in 1978, I don’t wish to see an image of how he looked before his passing.

Next Story : Plan to save mangroves must translate into action