Ancestor worship in the Vedas 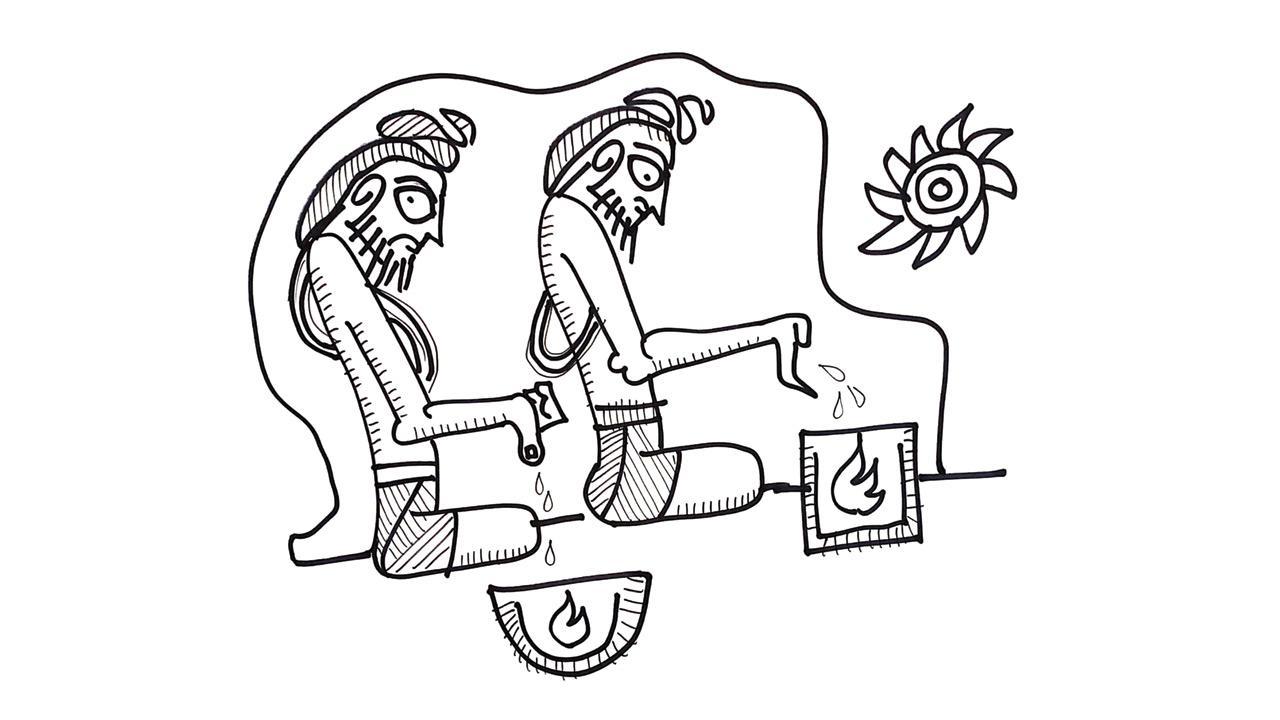 
The Vedic people worshipped celestial beings known as devas. They also worshipped their ancestors known as pitras. The worship of these two sets of divinities complements each other.

The offerings to devas are made using a special fire placed in the eastern direction. The altar is square-shaped. A semi-circular altar is drawn in the southern direction for the ancestors. The grain is washed three times for the devas, but is washed only once for the pitras. The devas are offered food, usually in the form of milk and milk products, from a ladle pointing straight ahead or over the fingers of the right hand. The pitras are offered food and water poured over the right thumb. The pitras receive a special kind of food known as pindas. These are rice cakes, using smashed grain. No single grain is kept. They are round in shape and they are offered in the southern direction. When the food is offered to the devas, the sound swaha is made. But when food is offered to the ancestors, the word svadha
is made.

Devas are associated with light and immortality, the pitras with darkness and mortality. It is hoped that when people die, they will travel to the land of the ancestors, stay there and return. They eventually get a new body and return.

The fire that burns the flesh is considered inauspicious, while the fire that serves as the mouth of the gods is considered auspicious. People hope, by performing yagyas for and making offerings to the devas, they will go to the land of the dead and return with a fresh body in a future life. Some are lucky. They don’t go to the land of the ancestors. They go and live with the gods in the paradise of Indra, until it is time to return.  Extremely unlucky souls go to a dark, underbelly place known as Naraka, from where there is no return.

These are old Vedic ideas that underwent many changes. Long before temples were designed. Long before Puranic ideas emerged. But even with the new form of Hinduism, worship of the ancestors continued. This reminds us of a connection of modern times to the Vedic period, which thrived over 3,000 years ago.

Next Story : Getting away, making good