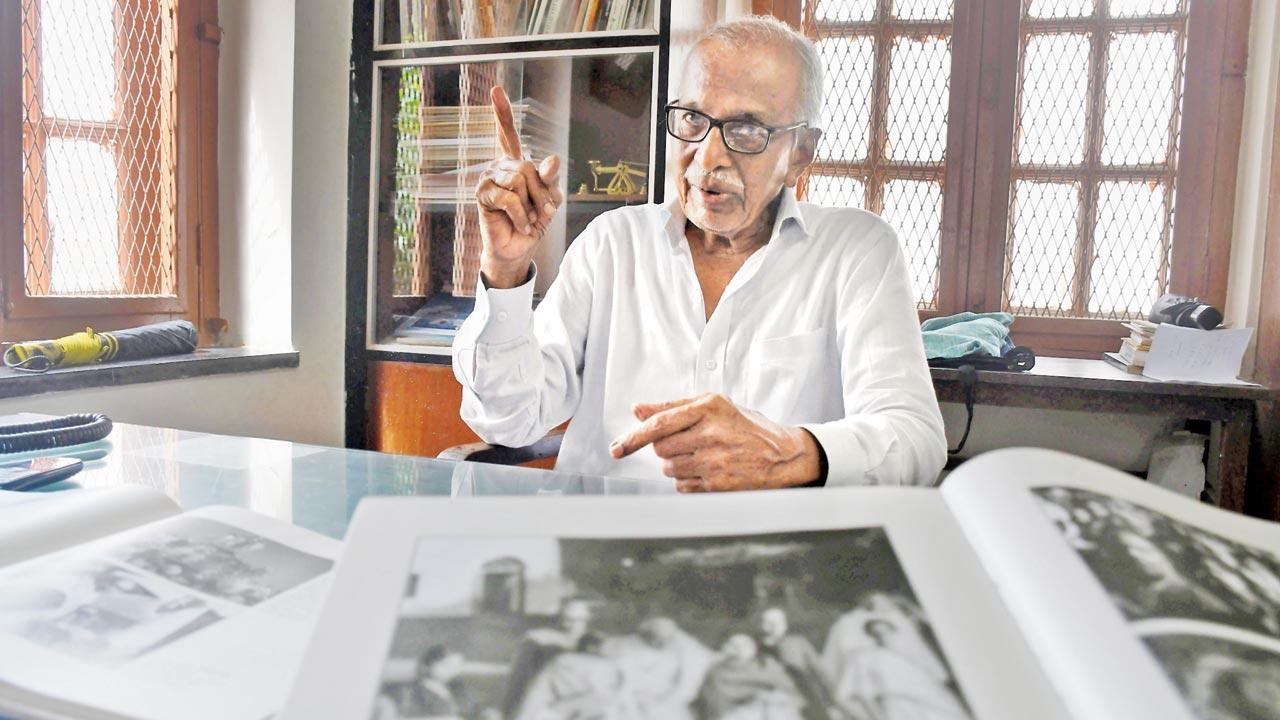 Octogenarian Subhash Jaykar, editor of the photo book, Man of the 20th Century, has been engaged with Gandhi’s works for the last 50 years. The book comprises 205 photos, of which 50 are rare.

Man of the 20th Century is the title of a new, unreleased photo biography of Mahatma Gandhi.  The book was to be released in October 2019, as mentioned in the printer’s credit-line.  However, around 500 hot-off-the-press copies of the hardbound tome lie in the office of the Gandhi Films Foundation (GFF), which is situated in the famed Mani Bhavan precinct in Mumbai.

Mani Bhavan, the Gandhi memorial museum, attracts hundreds of Gandhi admirers/visitors every day. The GFF is a known trust preserving films and allied material that captures the Gandhi legacy. Despite the backing of two formidable well-credentialed bodies representing Gandhian thought, why should the Man of the 20th Century have suffered such a fate. 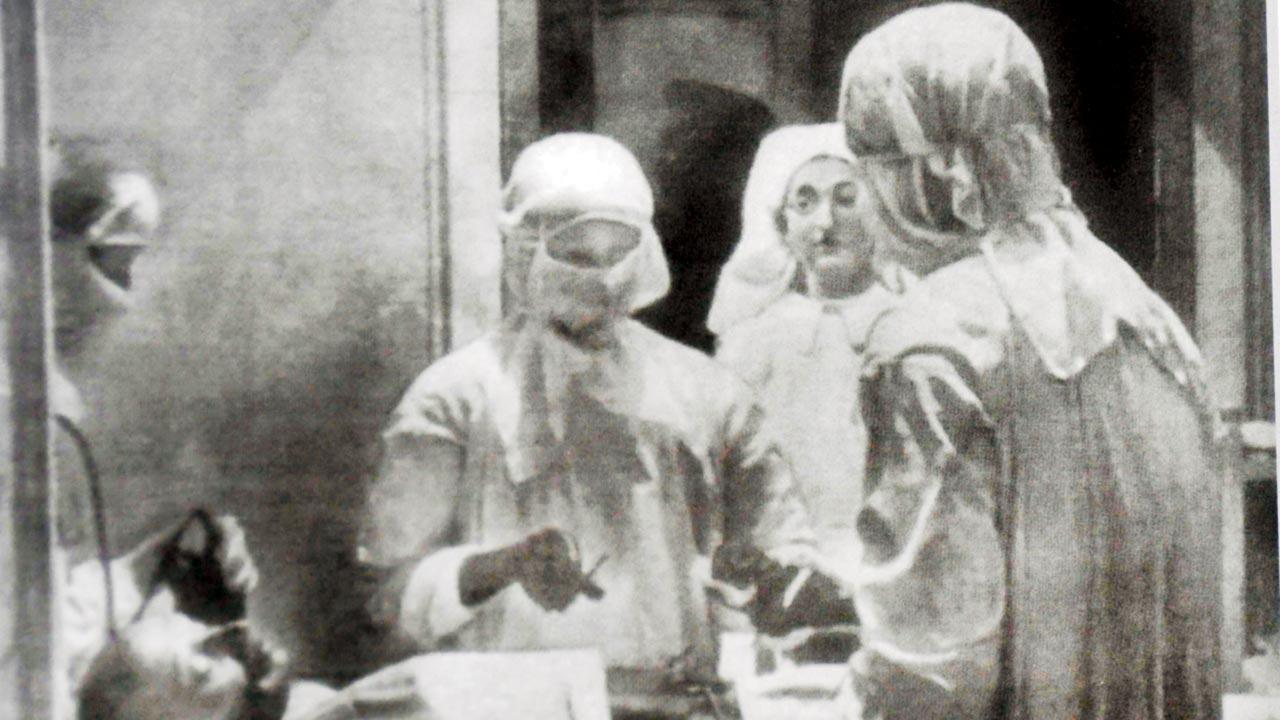 On the night of January 12, 1924, state prisoner Gandhi was operated upon in the Sassoon Hospital, Pune

One wonders if there is a dearth of Gandhi admirers in Mumbai—a city which formed the nucleus of Bapu’s freedom struggle—who cannot spare less than R5 lakh to cover the initial cost of production and set the book sale in motion. The 200-page book, containing 205 photos—50 of which are truly rare—is reasonably priced at R800 and can be a great addition to the literature of Gandhian studies.

The making of the book has an interesting back story, as told to this columnist by the book’s editor Subhash Jaykar.  He travels back to 1969 when he, working for the Films Division, was put on deputation duty to assist Vithalbhai Jhaveri, photographer-activist-Mahatma Gandhi aide who documented the Dandi March, and who had salvaged a huge body of celluloid and photographic content on Gandhiji. Jaykar started by assisting in the making of the documentary  titled Mahatma, which marked Bapu’s 100th birth centenary year. The docu was screened in parts at cinema halls preceding the main feature films in those times. It was much appreciated, and till date, remains a watershed moment in historic documentation. However, the archival material collected for Mahatma, and in general, needed protection, due to which Jaykar was permanently relocated from the Films Division to the GFF as a Film Officer. 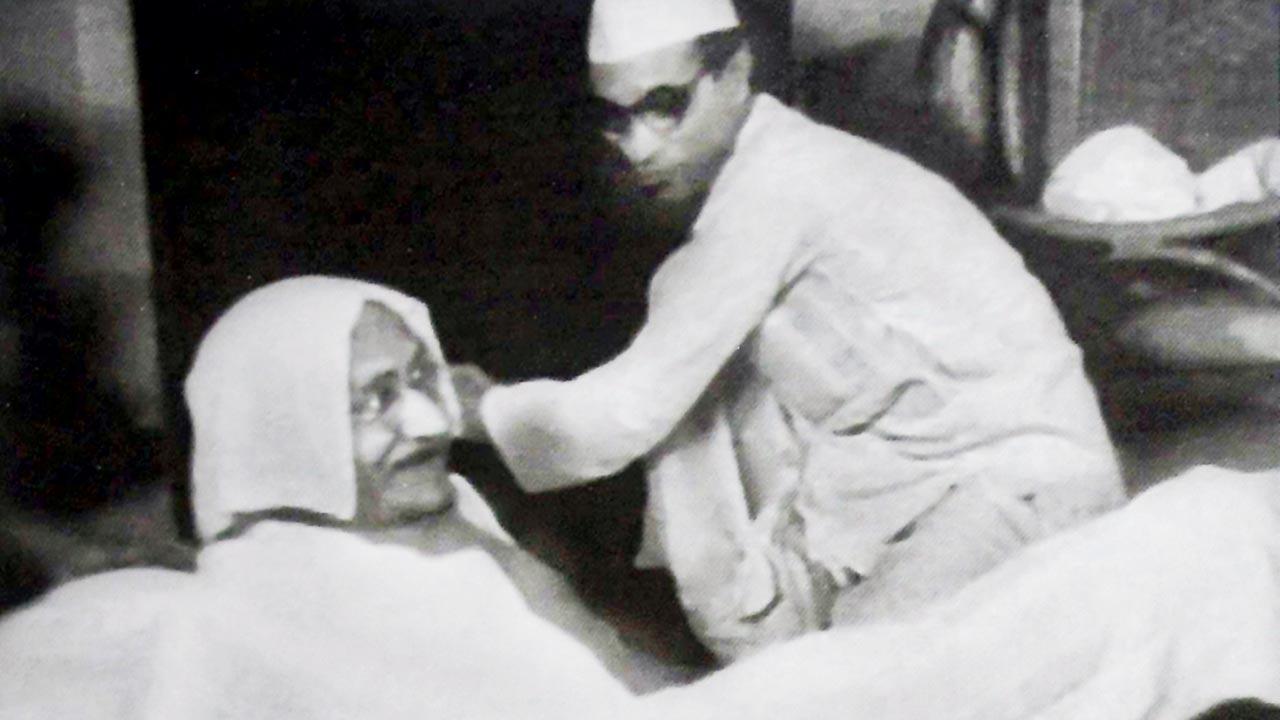 Jaykar was 38 when he decided to come to Mani Bhavan every day for the upkeep and management of precious photos/films of an iconic Indian leader. Today at 85, he continues the daily commute from his Vasai home to Mani Bhavan. As the founder member and secretary of GFF, he has written the preface to Man of the 20th Century: “I am not a trained archivist nor have I received any formal training in film editing.  It was just my good fortune to get a sense of purpose in showcasing and curating Gandhiji’s photos for the upcoming generations.”

Jaykar is assisted by a two-member team—Bhagwan Loke and Rashmi Jangle—who double up as film editors, archivists, office helps and tea makers. He has provided the contextual commentary at the beginning of 11 chapters and text for the iconic Gandhi frames in the book. While the historical value of the book is undisputed, it could have fared better with tighter editing and proofreading. Hopefully, the second edition—after the first is released—will get the support of copy editors who share Jaykar’s dedication, but also excel in presentation. 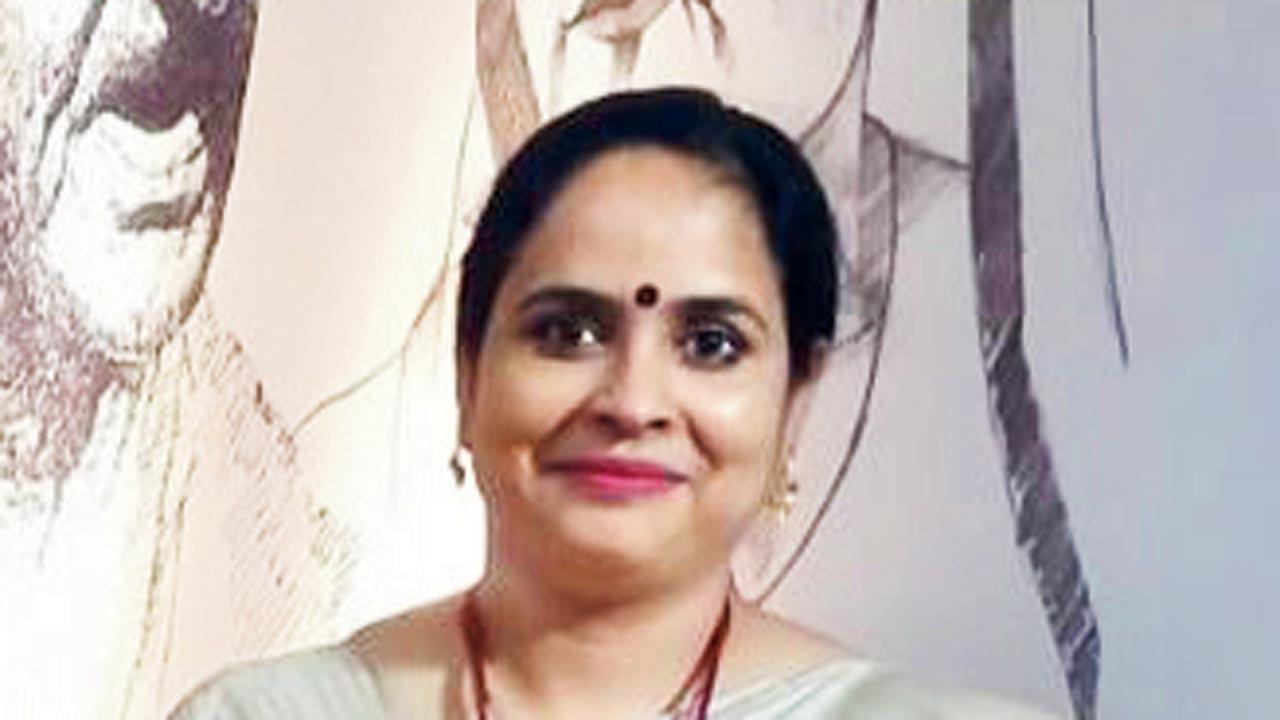 Another almost-ready Gandhi Jayanti book emerges from Wardha. While 15-odd writers contributed their essays to the Hindi anthology around two years ago, the COVID-19 lockdown protocol could not allow timely publication. The book, Sahitya, Sanskriti Aivam Darshan Mein Gandhi Ki Upasthiti, is expected any time at this point; it promises a deep-dive analysis of the reflection of Gandhi’s personality and ideology in the arts, popular culture and philosophy. For instance, there are distinct chapters on American journalist Louis Fischer’s writings on the Mahatma, as well as Gandhian impact on celebrated Hindi novelist Premchand.

“The mapping of all works of arts and their impact on the popular mind adds weight to the anthology. It is a ready-reckoner for any one studying Gandhi or even the casual reader who is merely fascinated by individual works,” says Dr Satish Pawade, 59, one of the contributors and also a professor of theatre arts in the Mahatma Gandhi Antarrashtriya Hindi Vishwavidyalaya, Wardha. 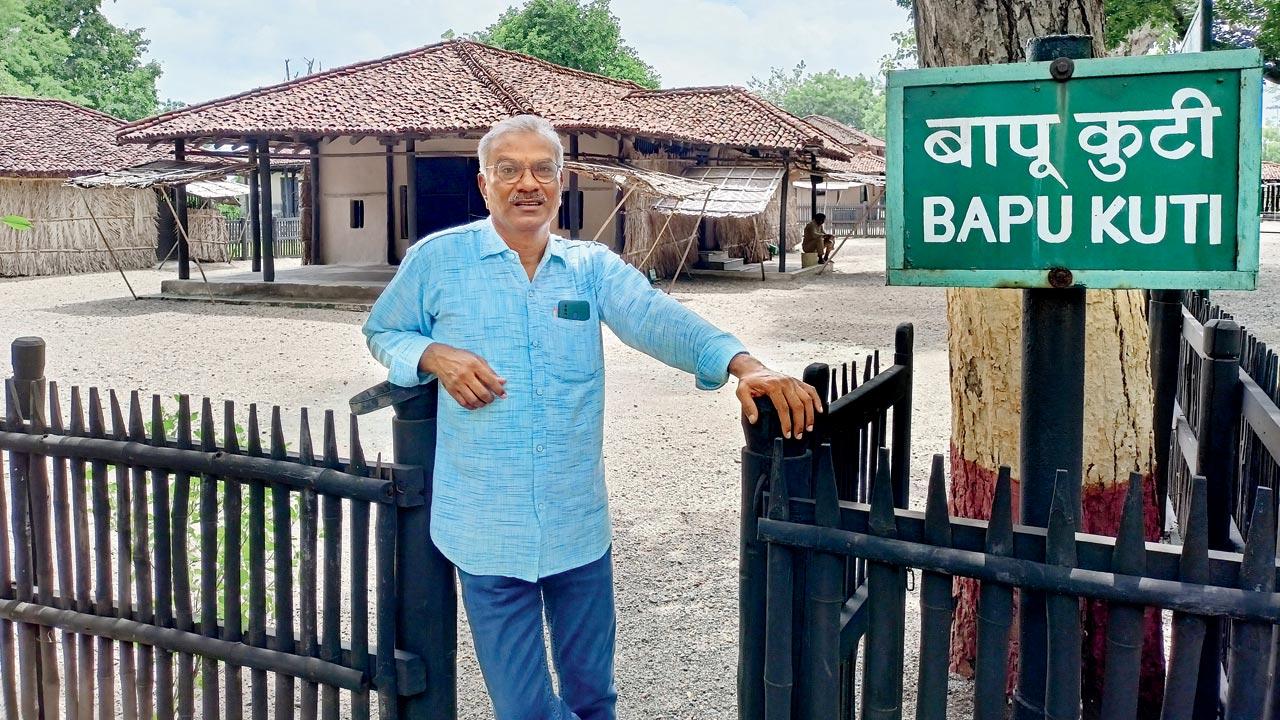 Dr Pawade says he is lucky to be living in Wardha, the city chosen by Gandhiji as residence. In fact, his university is situated on the Gandhi Hills in Pipri, a few minutes away from the Mahatma’s iconic Sevagram Ashram.  Dr Pawade has written extensively-researched academic papers on popular plays (Gandhi Viruddha Gandhi), films and series delineating Gandhiji.  His paper on the Lage Raho Munnabhai Gandhi mystic was much-appreciated.  He has referenced all works of art, as late as the 2018 Asghar Wajahat’s play Godse@Gandhi.com, in the upcoming anthology.

The third Gandhi book awaiting publication is written through a feminist lens by another Wardha-based academic and head of the women’s studies department in the Mahatma Gandhi Antarrashtriya Hindi Vishwavidyalaya.  Dr Supriya Pathak’s book focuses on Mirabehn’s transformative life journey as a British follower-supporter of Mahatma Gandhi.  Dr Pathak, 41, delves into the mind and heart of Mirabehn (formerly Madeleine Slade) who embraced the hardships of ashram life because of her undying steadfast belief in Gandhiji’s leadership.

The author, giving due credit to the Mahatma who attracted men and women across the globe, throws light on the “forever subservient supportive” role played by Mirabehn in the shadow of the towering Mahatma.

Piecing together available content on Mirabehn (Bapu’s Letters To Mira, The Spirit’s Pilgrimage), Dr Pathak invites the reader to imagine a British woman, having lived in London and Paris, who had a brain of her own, but who was denied (by herself and others) the power of assertion . If she had the time and opportunities, she could have possibly done much more in the field of environment. Even politically speaking, Mirabehn could have contributed from the frontline. However, she was reduced to the white-skinned British female presence, especially on the Mahatma’s key foreign visits. For instance, she was projected as a mere assistant in the Round Table Conference, suggests Dr Pathak. Also, the author points at the unfair way in which Mirabehn was not allowed to join the Dandi March. “I feel her inner psychological make-up, her tensions, her struggle hasn’t been documented by academics.”

Fresh light on Mirabehn, and in turn on a magnetic world leader, is welcome—of course, sooner than later!

Sumedha Raikar-Mhatre is a culture columnist in search of the sub-text. You can reach her at  sumedha.raikar@mid-day.com

Next Story : Huge blow for India!