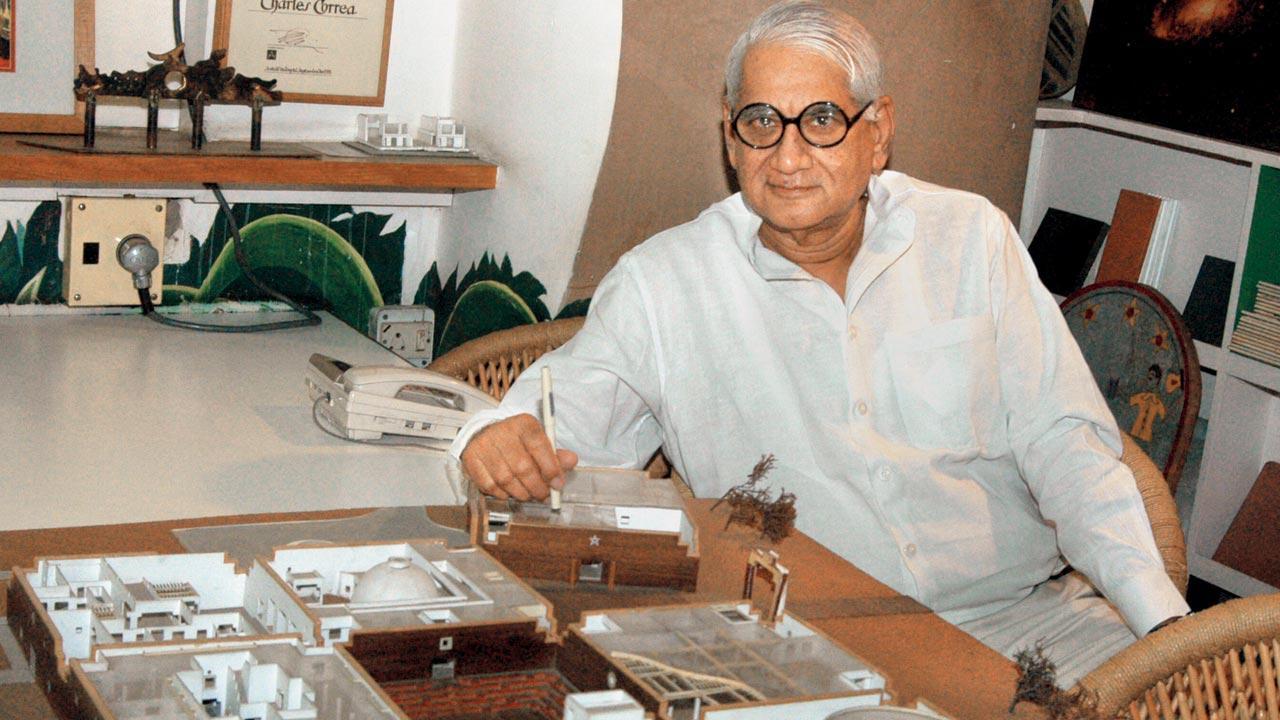 Lijiye na didi,” they said, holding out two tiny flasks of tea, their mid-morning sustenance. Shirts drenched in sweat, four young men from the cleaning company, helping move boxes of my belongings to another address, would not hear of it when I demurred. I had chai on the boil for them anyway. Not knowing so, they were ready to share small amounts of the daily brew they carried around.

I was instantly warmed as well by the recollection of a variety of flavoured drinks offered on sweltering hot workdays in far corners of the city. Cool limboo sherbet in a tangewala’s backyard in Borivli. Chilled rose doodh freshly stirred at Agripada’s BIT Chawl. Tall glasses of mohalla chai on the wooden bench of Dada Nanji Kamarsi Surmawala in Dongri. Its proprietor Mohmmad Anis Shaikh, who passed on two years back, proudly explained, “My father was not your regular surmawala but a poet writing in Gujarati. He set up this shop ten years after arriving from Navsari in 1920.”

Waving me into a rear room, Mohmmad Bhai had uncovered a dusty pile of fine art books published by Thames & Hudson and Marg. He was gratified to find me as engrossed in these volumes as with the intriguing vintage weights, measures and pounding equipment his racks displayed. 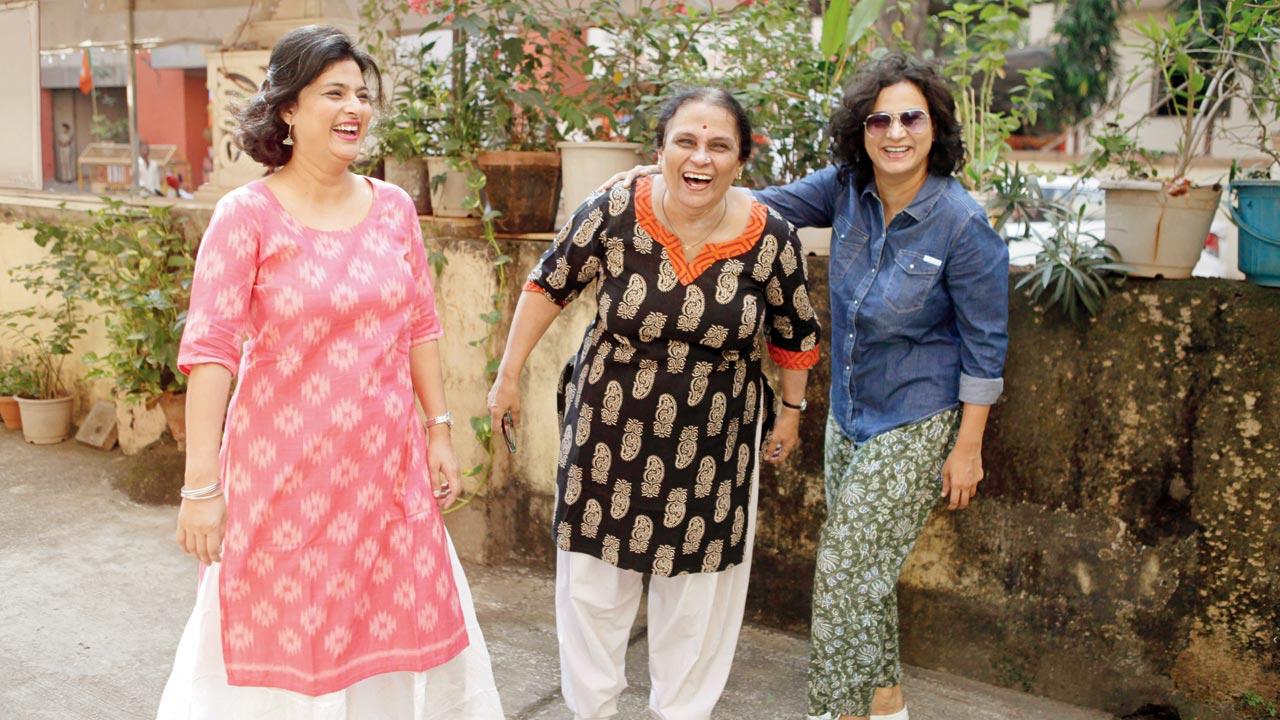 What pleased him even more was the fact that my paternal family also hailed from Navsari and asked when I was headed there next. The answer was, “I went once. My brother and I were kids, our parents took us after our Navjote.” Disbelief spreading on his wizened face, quite aghast, he said, “I plan to go again in a month. Let me book your train ticket too. Once! Why wouldn’t you want to visit your ancestral place more regularly?” Why not indeed. Chiding Mohmmad Bhai had seeded a wonderful thought, worth acting on.

Cut to the college years. When we felt that few buildings at Fort must match the vintage of grand Victoria Terminus, a khaki-uniformed BEST conductor enlightened me and my St Xavier’s buddies. Neo Classical flourishes adorning the grey basalt façade of Capitol Cinema have faded into oblivion. But glimpses of gilt-edged galleries, where the elite earlier applauded opera crescendos, take the imagination back to its opening in 1879 as the Victorian Gothic theatre Gaeity. The interiors were regarded as an exercise in excess, a horseshoe-shaped formation of 880 seats gaping at 40 by 70 feet of stage sprawl. Inhabitants of Fort preferred this posher playhouse to natyashala venues ringing Pila House. We were surprised by the conductor leaning from the door of his bus to tell a bunch of alighting moviegoers—“Dekho, yeh makaan saamnewala VT se purana hain.” True enough. The magnificent rail terminus opposite, which FW Stevens conceived, was unveiled eight years after the Gaeity rose.

The narrowest, neglected lanes prove most vibrant of course. Underestimate no one, embrace each encounter, savour every detail, are a few learnings there. For those fobbing me off when I was about to cull what I could in Wadala (“Leave it, nothing to speak of except a fistful of decent schools and colleges”), here’s news. Scratch Wadala’s deceptively prosaic surface and tumble into a fascinating, endangered gaothan. Wind further up Antop Hill and the landscape leavens to reveal charismatic cemetery and tomb spaces suffused with love and light. 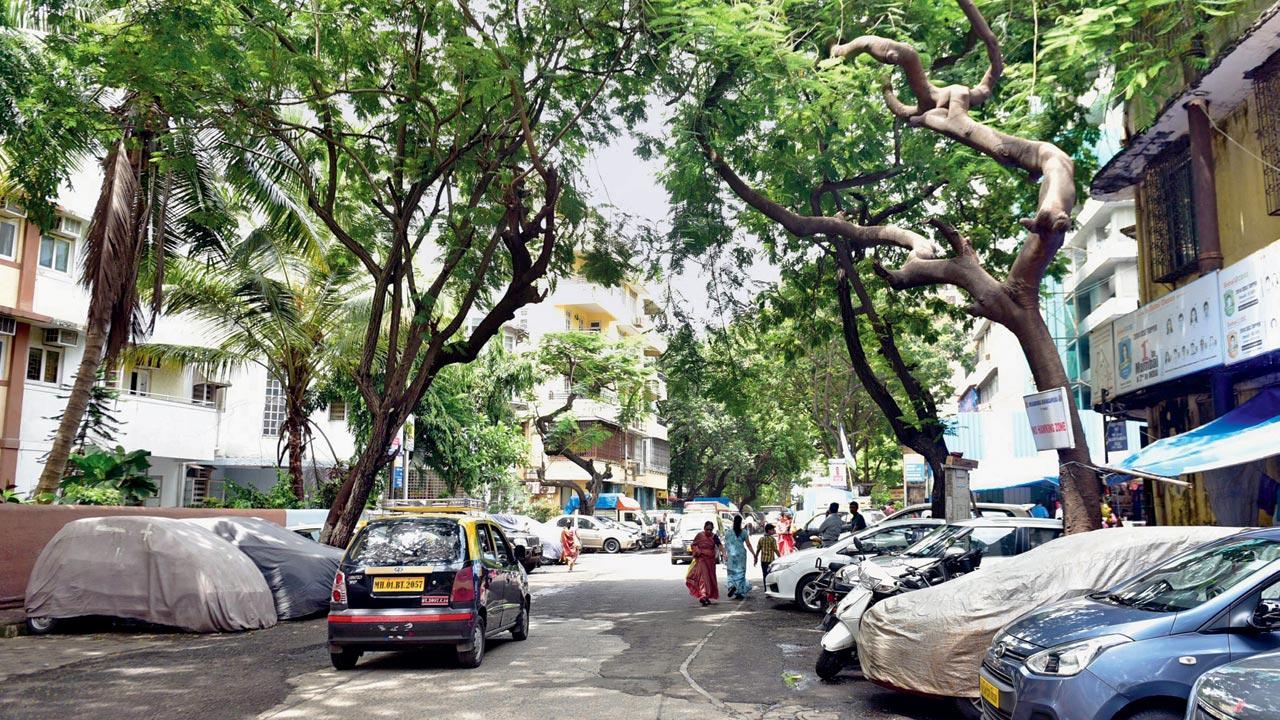 “What will you write, those roads are shabby beyond recognition,” others scoffed, dismissing Byculla’s Clare Road and Victoria Road. That would sadly overlook treasures springing from the unlikeliest sources. Noticing me wander expectantly, Khwaja Khan from Asma Stores, a stockist of foam and rexine, showed me superb sepia scenes of nineteenth century-Byculla on his phone. His simple shopkeeper friend at the other end of the flyover turned out as interesting. He mentioned how nearby Habib Park had sizzled with the presence of Shirley Meyer, star of Tiger Bay, J Lee Thompson’s 1950s crime thriller whose glam quotient he enjoyed.

Another slice of stardust was thrown up from Kennedy Bridge, where churches, chawls and an agiary border a patchwork of auto parts dealers and noisy nautch rooms. I chanced upon a middle-aged sex worker pin her hair with mogra strands she had just haggled for. We exchanged a knowing, woman-to-woman look before she dramatically hit a hand to her head and burst out, “This phoolwala behaves as if I buy flowers for the first time, raising his price daily!” Shifting a wary gaze to my pad and pen, she said, “Bas bas, I’m tired of journalists. Magar koi kaafi tiptop Angrez filmwale aayeh theh 1980s mein. Woh best log theh.”

On getting home, I tried to fit her scattered scraps of information. Some research later, it was evident the movie men impressing her were the redoubtable Ismail Merchant and James Ivory, shooting their documentary, The Courtesans of Bombay. They catapulted from kaafi tiptop to best log because of the respect their crew accorded her while recceing the vicinity. “Who won’t remember being treated nicely?” she ended.

Perspective is everything. An open mind and fresh eyes considerably help deal with the shock of a city crumbling to squalor and decay. A shop “shelf” in a banyan bark, a gatepost scooped with a niche for St Anthony’s statuette passers-by bow to, an istriwala sweating over his iron because a fan might blow twigs off the nest which a bird weaves painstakingly in his kholi loft... Softening the most cynical gaze, they affirm faith, enterprise and goodness. And echo that classic truth architect Charles Correa underlined with clarifying distinction: “Bombay is a great city and a terrible place.”

Interviewing Janhavi Samant who walked me through her childhood gullies around Phalke Road in Dadar, I could conjure the vivid scenes she describes in her book, Faltugiri and other Flashbacks: How I Survived a Childhood in the ’80s. In the years when few homes had television sets, hers in the hallway of their ground-floor home attracted much attention. Passers-by excitedly looking in were a routine sight. So much so that, after a day at his clinic, her dentist father, Dr Vasant Samant, found it impossible to enter his own blocked front door. The huddled crowd which had gathered even hushed him as an especially tense mythological serial sequence climaxed, to collective relief.

Chronicling the tender interdependency of neighbourhood kinship, she has written: “During weekly Ramayan and Mahabharat telecasts the city came to a nail-biting stop as Rama fought enemies—arrow by arrow, spark by spark—and Ravindra Jain howled ecstatic devotion in the background. Cancer patients from villages, convalescing at Shree Gadge Maharaj Dharamshala in front of our building, congregated in our house. Difficult to tell if someone after a gap was good news or bad. They returned the favour of watching TV in our house by bringing mithai, cobblers got pretty mojris, an old woman had glass bangles for Aai. Back for repeat chemo, with sweets they brought hope that they were alive and willing to fight.”

On a guided trail to Mendham’s Point, Colaba, I got chatting with a photographer. To discover she fell most in love with Bombay on one of its worst days. With good reason. Recounting her experience of July 26, 2005, when Bombay harrowingly drowned under fatal floods, she said, “I’ve lived in Delhi and elsewhere, all over the country. Despite such huge disaster, nowhere have I felt as safe as I did here that day.” She decided right off then to shift—“It is this city’s exceptional kindness that chose me.”

Crippling acts of nature are no novelty for a city imploding with rampant redevelopment. Lauding the extraordinariness of ordinary people on her Grant Road home mile, Dilnavaz Billimoria, a workplace diversity specialist in Melbourne, emailed to say: “Much has obviously changed since I lived there but Sleater Road Stalwarts, as my dad called them, will always give a warm welcome to all residents, past, present and future. I’ve seen the brave heart of this cosmopolitan community when we were impacted by monsoon flooding. Year after year, the humblest, hardworking, hospitable and honest people of the area rescued stranded people and animals, not fearing for themselves. [A boat maker on the street sailed simple crafts ferrying the marooned.] Festivals, pujas, traditions, events created cultural diversity much before multiculturalism became the flavour of the month. It laid the foundation for many of us to practise social cohesion and harmony in our countries of adoption.”

Next Story : A courageous appointment