Together, the couple had 12 children. To test the power of fate, Vararuchi asked that the children be abandoned soon after birth 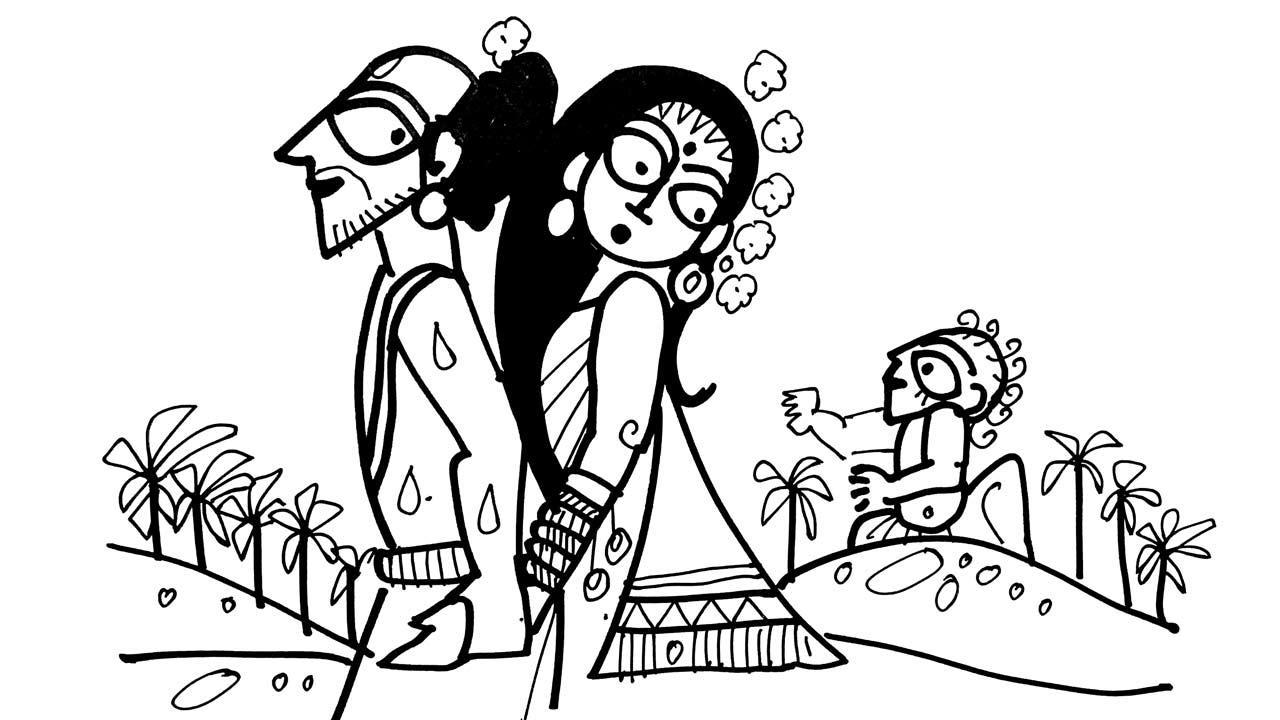 From 16th-Century Kerala, comes the folktale, some say legend, called Parayi petta panthirukulam that informs us about a Dalit woman who bears a Brahmin man twelve illustrious children.

Vararuchi, a learned Brahmin courtier, could understand the language of birds. They told him that he was fated to marry a “low” caste girl. He traced the girl, and made a mark on her forehead so that he could always identify her to avoid this fate. However, years later, he was so pleased by the food cooked by the daughter of an “upper” caste family that he married her without looking at her face. She turned out to be their foster daughter, the very same girl with his mark on her forehead. Vararuchi realised fate is a force greater than free will.

Together, the couple had 12 children. To test the power of fate, Vararuchi asked that the children be abandoned soon after birth. If they were destined to survive, they would. Each child was adopted by a different community. All grew up to be wise geniuses. For example, one child spent all day rolling a rock up the mountain and pushing it back down, to appear mad, so stupid people stayed away from him.

Another child was an architect who could build a pond, which looks like a square from one angle and a circle from another angle, thus pleasing two rival governors of a village. Another child was a trader who could sell salt to salt makers and cloth to cloth makers. The last child was born without a mouth and becomes a god atop a hill.

At one level these stories are about the power of fate. But at another level, it privileges the Brahmin father. The stories propagate the idea that if the father is a Brahmin, no matter who the mother is, or who rears the child, the child shall be a genius.

This story becomes significant especially because it is told in Kerala. Here matrilineal culture was common, established by Parashurarm to atone for his crime of matricide. As per this system, husbands go to the wife’s house. Her children belong to her. She could replace her husband anytime. In coastal regions, the sons-in-laws were often intrepid traders who crossed the sea: Jews, Christians, Muslims from Arabia. These were the Maha-Pillai, great-son, ie, son-in-law, later known as Maapillai. In the hinterland, educated but poor Brahmins competed to be sons-in-law of the landed gentry.

Vedas are full of stories where Brahmins are invited by local kings to make their wives pregnant. Rishi Vaishrava is father of Kubera and Ravana by a yaksha woman and a rakshasa woman. Dirghatama is the father of the men who would establish Anga, Vanga and Kalinga ie, Bihar, Bengal and Odisha. This explains the diversity of the world through mothers as well as their essential unity through a common father.

Since Brahma is the common father of all creatures, earth is everyone’s common inheritance. Fighting over land and resources is then simply a case of brothers refusing to share parental inheritance.

We can see the story from a spiritual angle where having a common father unites us and encourages us to share wealth and grant half-brothers respect. We can also see it from a materialistic angle that privileges the Brahmin seed.

Next Story : The surgical age