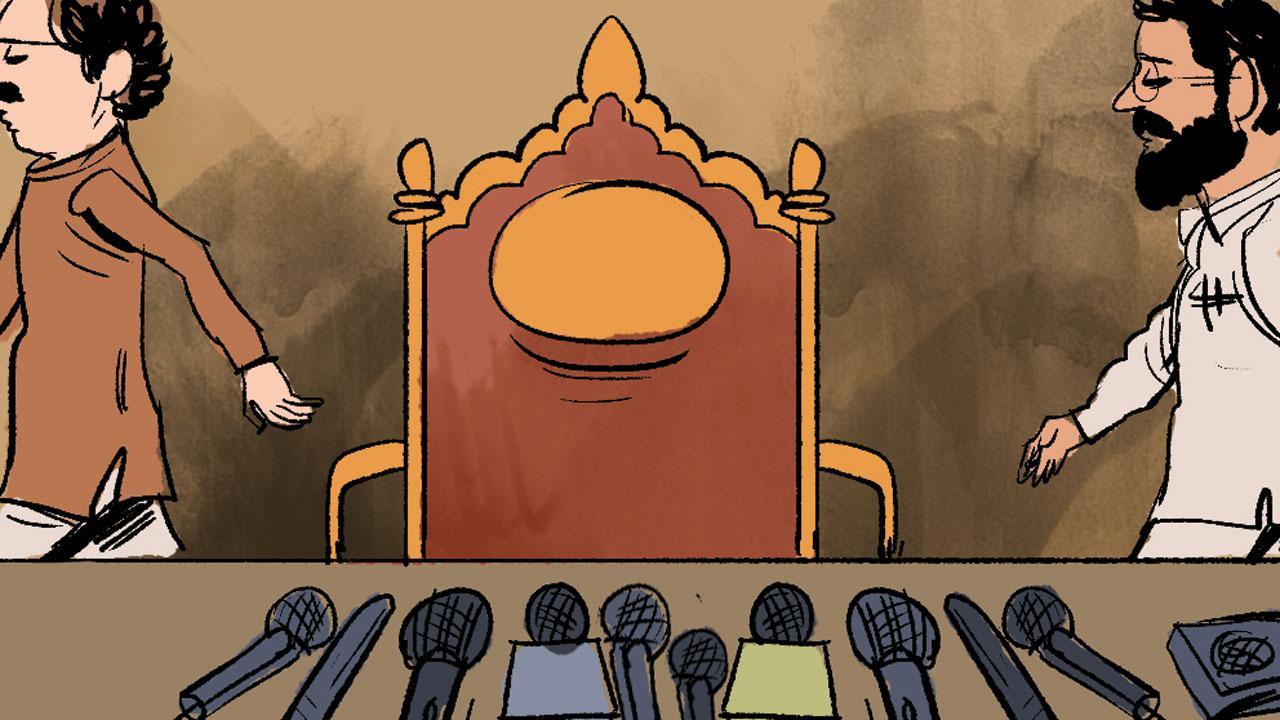 There are many analyses of Udhav Thackeray’s fall, but at heart, we see how the needs of politics and governance are often at odds with each other. Whatever his limitations as a political leader, his methodical approach to the pandemic, the speaking in facts without false claims or bluster, created a breathing space of sincerity in the midst of the cynicism which currently suffocates our culture.

Cynicism, is defined as the unwillingness to believe in anything. But its unique feature in contemporary times is willful gullibility about provably false accusations, for the thrill of the harm they do to others. It’s tempting to attribute this solely to right-wing thought, but it goes hand-in-hand with people scoffing at idealism as pretence, dismissing love as a construct, calculating all utterances (irrespective of ideological leaning) for social media traction, making films and shows solely based on data points and marketing grids, and corporate lip service to social change. There are no causes, only effects. And there is commentary, as cyclical as the cynicism. How many times will liberals quote by rote “will there be singing in the dark times?” We could retort, “Will there be tweeting in the bad times? Oh wait, the tweeting about the bad times, is the bad times.” But in truth that would in itself be a pointless cynicism. So we trawl for small flowers and different notes in this hardened world.

I sometimes see posts by friends of Umar Khalid, the student leader in prison for 600 days, charges still unknown, about jail visits. They mention his reassurances to them about his own situation, saying keep the faith that things will be alright; describe his appetite for news of friends, gossip and talk about their future plans. They mention his bad jokes with an affectionate eye-roll. The love and respect with which he seems to suffuse those who encounter him, despite a long and difficult incarceration, and the story of young friendships and connections threaded into the account, dissolves our hardness.
It creates a strange and necessary vulnerability in oneself, a painful openness to something other than despair.

Last summer, the Pinjra Tod activist Devangana Kalita wrote an incandescent essay (A Most Extraordinary Thing Happened in Jail Yesterday Evening) about sighting a rainbow from the jail. “It was the first rainbow for many inmates—“kabhi socha nahi tha Jail mein aake pehli baar dekhungi”. It was of course a first for all the children, as one friend told them, “This is our ticket to freedom, our path, we must find where its end begins”. The tenderness of this politics feels like a green shoot in the rain.

Other young people I follow on social media display a passionate politics not necessarily born from ideological engagement as much as an idealistic earnestness. They are not always well informed, but I see them informing and correcting themselves. The account @AndheriWestShitPosting, for instance has been creating posts about the tenuous work lives and earnings of working class people like gig workers and auto drivers. This is not the clever point-scoring of TV and Twitter debates but heartfelt questions to engage with peers. It undoes our tightness a little.

Something in sincerity creates a breathing space for (dare I say it?) goodness. Let’s keep our faces turned that way some more.

Next Story : Pre-Macaulay models of teaching