Death—in the blur of the moment!

Something about a Hindi remake of the Spanish, Julia’s Eyes, that everyone loved for a why- instead of a who-dunnit! 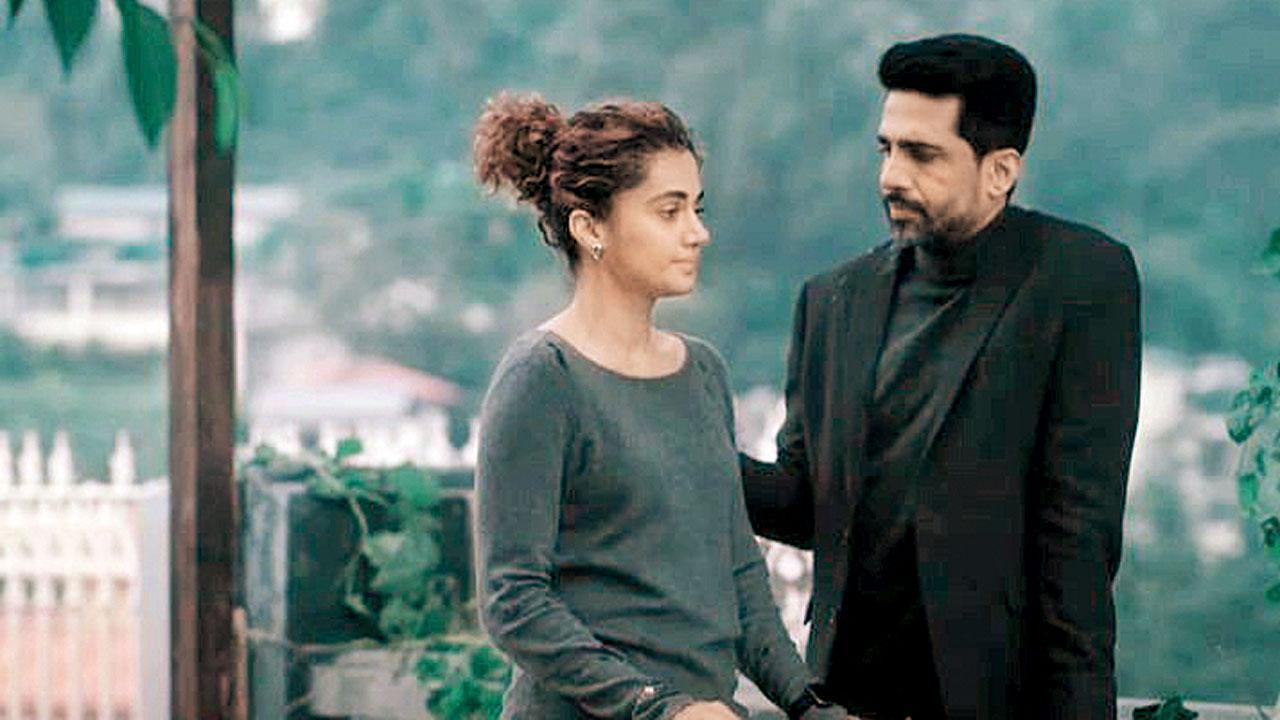 A still from the movie Blurr directed by Ajay Bahl

It’s so well shot,” is the only review I’d heard before watching Blurr, the official Hindi remake of Guillem Morales’s Julia’s Eyes (2010), a well-rated Spanish horror-thriller. That blurb came from filmmaker Anurag Kashyap, casually smoking in the corner at a party.

Kashyap is indisputably Bombay’s strongest film critic—having championed more movies of known/unknown others, over years, in interviews, blogs, social networks—often lending his name, practically for free, adding flex as a ‘presenter’, purely because he loved a particular film!

Only the words “well shot” for movies, like “interesting” in life (in general) means nothing! What does it, in the context of Blurr—shot by Sudhir Chaudhary (Shershaah, Drishyam 2); overall, competently, sincerely executed by director Ajay Bahl, who, in turn, was also the cinematographer of his debut, BA Pass (2012)?

I got to know Bahl after BA Pass, and we’ve been close friends (full disclaimer). He’s directed as many films since (the next was Section 375), as he’s dropped out of—City Lights (2014) with Rajkummar Rao; Kartik Aaryan starrers, Dhamaka (2021), Freddy (2022). None of these did anything particularly earth-shattering for careers of directors who replaced him. So, it’s fine, I guess.

While Blurr is set in the hills of Uttarakhand—the sort of Instagram-location, where randomly clicking sunset/sunrise pix can produce likes-worthy photography—the film is shot almost entirely within closed quarters, where the incredibly few characters live, or die. 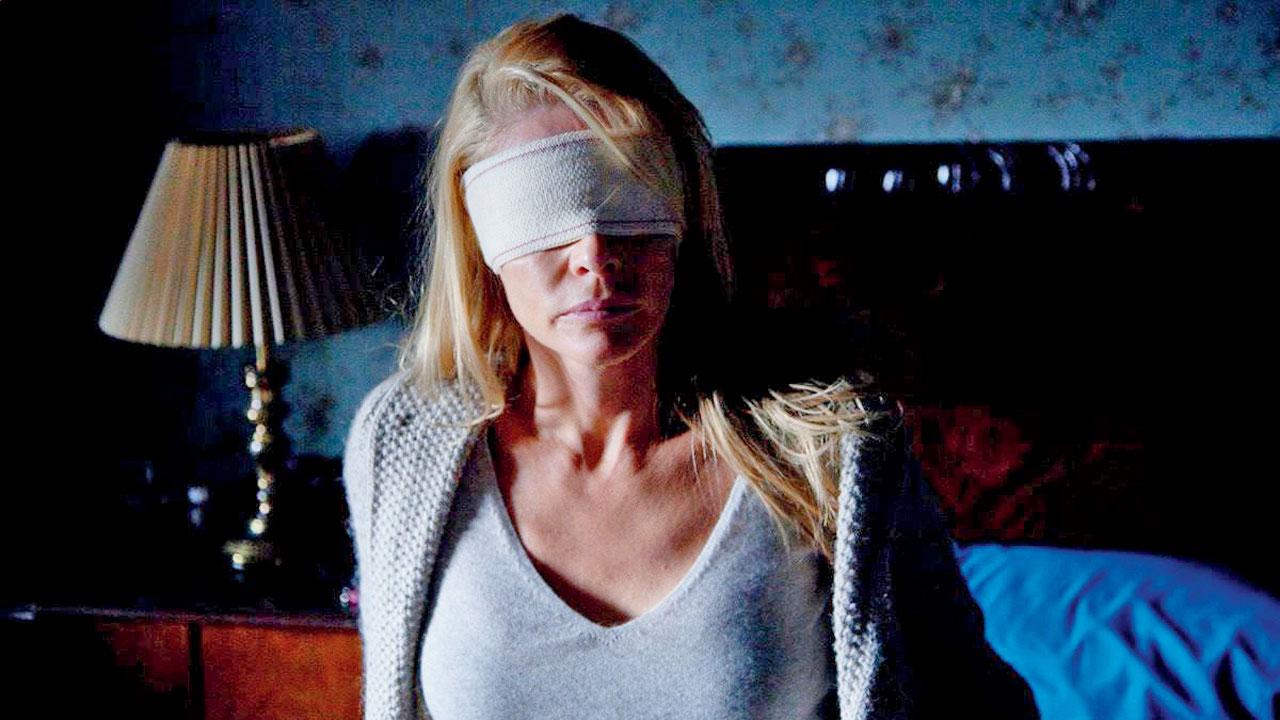 A still from Julia’s Eyes

In fact, the movie is so self-contained in its spaces—you stick only to its insulated story line, not once its time or place setting; let alone the society that surrounds it, or even semblance of a larger politics.

Sometimes, that’s what a pure genre flick is, as against a conversational, meaningful, purposeful piece, full of width or depth, I guess? I don’t know. But, so what, then?

The camera, though, stepping in and out of rooms, zooming in and out of characters, calls for skilful photography, to constantly create and release tension. Also, so these beats don’t look like they belong to television, or theatre/stage. The movie could easily fall into that hole. Doesn’t.

We are looking at a young anthropologist (Taapsee Pannu), along with her husband (Gulshan Devaiah), visiting her blind sister, found dead, hung at home.

This hill town has one composed, first-rate, conscientious cop (played by Sumit Nijhawan; disclosure: dost), with a two-member constabulary. The cop is convinced the death was suicide; he is constantly open to closing the case!

The sister is wholly unconvinced—the deceased had no history of depression, or related mental ailments, for a possible cause/trigger. To top that, she feels the presence of someone, perennially following her around—that’s the suspect, in her head, for the likely murder.

All this is also Julia’s Eyes, of course—that was produced by actor, star-director Guillermo del Toro. Blurr is actor Pannu’s debut as producer. Purely as a performer, she’s doubtlessly in her element in a double-role.

She’s possibly the most thriller-happy, female lead/star we’ve had in Bollywood—jumping from home-invasion (Game Over), ‘Run Lola Run’ (Loop Lapeta), pulp-fiction (Haseen Dillruba), to time-travel (Dobaara). I find that the surest way to beat the Bechdel Test!

Blurr is what should qualify as a ‘why-’, instead of ‘who-dunnit’. The latter involves a group of suspects, to arrive at a killer. This is more like—why’s whatever happening, to the girl, whose sister also died, and however that happened? Darker filters and horror for treatment, if you may.

Here’s what’s further common between the twin sisters in the film: both suffer from degenerative eye-sight, meaning it’s been blurring, with time. Absolutely the greatest film on that theme, and among the greatest musicals of all time, has to be Lars von Trier’s Bjork starrer, Dancer in the Dark (2000).

At least Blurr’s Spanish original, if I’m not mistaken, alluded more to how the sisters are mentally conjoined—you know, if one is hit, the other feels the pain too; like Kishen Kanhaiya (1990), remember? (Kidding). Julia’s Eyes probably was more explanatory, by way of connecting the all-important motive, to crime, as well?

All art comes from other art, surely. But since we are inevitably drawing comparisons in the slot-machine age of reduxes/remixes—might be essential to make a distinction between remakes, and adaptations, first.

Template wise, Blurr is a remake, in the way, say, Pannu starrer Badla (2019) also was, of the Spanish mystery-thriller, The Invisible Guest. Helps immeasurably for the source to be obscure, among mainstream crowds anyway.

As against tinkering with popular titles, where there is no choice but to altogether reimagine an adaptation—like, say Ram Gopal Varma’s Sarkar for The Godfather; way more inspired, hence authentic.

Remakes possibly also make for safer box-office punts, especially for mysteries/thrillers, if the original has worked in another market.

Only that the pandemic, at least in the short-run, appears to have killed the medium-budget film/genre in theatres. Fragmentation of the mainstream has further pushed up marketing costs to merely inform/excite viewers that a new movie has opened in theatres.

Hence Blurr drops on Zee5, December 9.  Unless you’re a Torrent-khor, and I’m not, Julia’s Eyes is impossible to find online in India. That grants the Hindi version at least the essential novelty on the Internet.

Next Story : Need an end to the impasse over Ashok Stambha