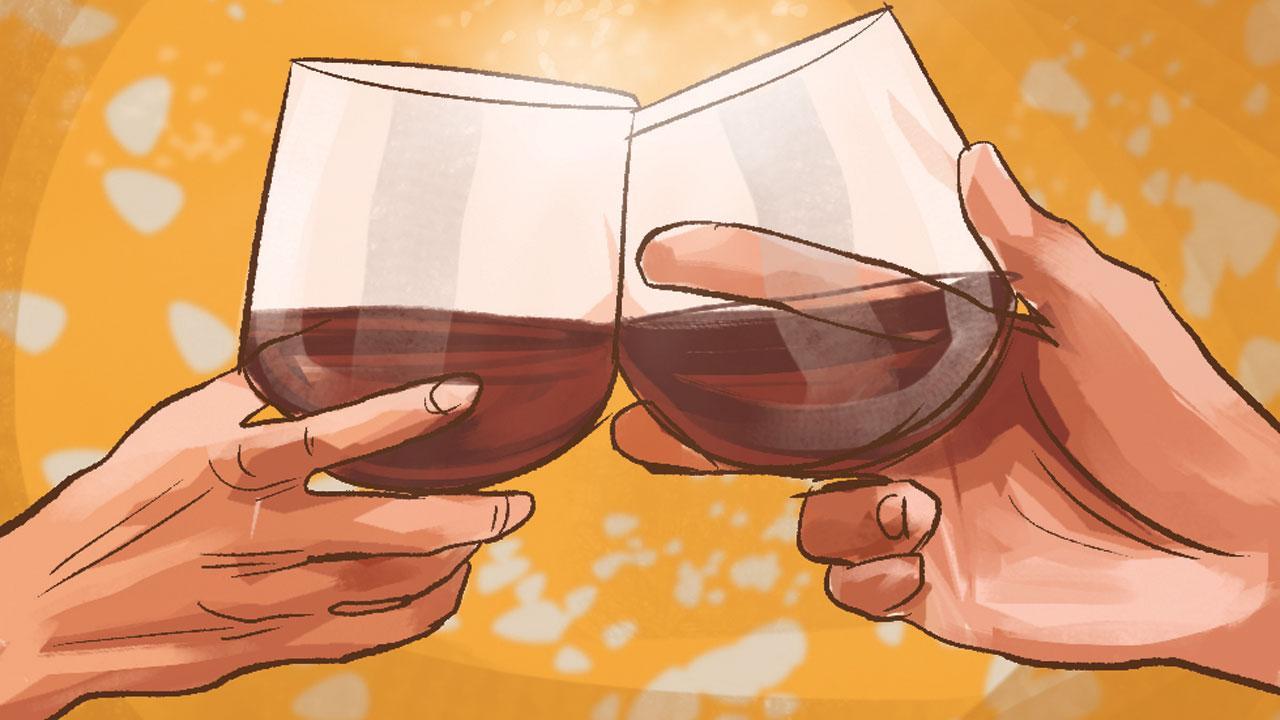 My friend H came to Bombay after a long time and off we went to our old haunt—Jaypee in Goregaon East, the kind of place where you order rum by the quarter (hence quarter bar) and surmai by the fat tawa fried slice for an ordinary amount of cash while Sharara Sharara plays on the never-too-loud speakers.

For a woman in India it’s hard to go drinking in a no-fuss way (namechecking Bangalore). In smaller towns, we have been denied after-work drinks because “ladies ke liye no entry”. Rejected in Ratnagiri, Teetotalled in Thrissur, we were once Assiduous in Allahabad. With some difficulty my two colleagues and I found a place with beer, ghazal singers and entry for women. Absorbed in conversation, we suddenly realised that a group of men were parked on the table beside ours, though the restaurant was empty, gazing at us, silent and unblinking. I wrote about it on my blog, and for years people would land there via the search “group sex in Allahabad”—no idea what’s going on there and I don’t mind it staying that way.

I don’t mean to romanticise the quarter bar. The paucity of usable loos for women is evidence that like most public spaces, they were never designed to include women. But in the many I’ve been to, from Grant Road to Mahim, from Chembur to Borivli, my companions and I may have attracted the occasional intrigued glances, but never uncomfortable attention. And as more of us have gone, the loos have gotten better.

Once, in Bombay Central, a man did come up and make me talk to his wife on the phone—because I was a modern lady it seems, in a bar with friends. He was not a Bombayite though. The other night, some fellows on the next table said to us: “Auntie, hamare dost ko kuch samjhao, Breezer pee raha hai” (Auntie, talk sense into our friend. Look at him drinking a Breezer). The implication being look, aunties are drinking rum like real men, while you drink a girly drink. We now have to pay for chakna in the bar, but gender stereotypes will always be free... I scowled and said, “He’s your friend, not ours. You tell him.” They laughed. One would not be so easily bindaas in other cities.

I’m partial to drinks that look like birds of paradise myself. But in posh bars, the homogeneity of the public often feels vaguely provincial. The music is loud—we the children of Instagram must be seen and not heard. There is a certain disconnection in the air.

The music volume in the quarter bars is just right. The air hums with connection. People are rapt in conversation: politics, gossip, life-fundas, love failure, movies, money.  These are still relatively heterogeneous spaces, like local trains and once, single screen cinemas. A place between office and home, where your being is liberated from both those identities for a while. Like Bombay people have area friends and local train friends, they sometimes have quarter bar friends—the network of diverse intimacies, unexpected ones even, that make a city urbane, cosmopolitan.

Replete with that easy intimacy, you take an auto, not Uber, flying over rain-varnished roads, glamorous with reflected lights, at home in the city, to sleep, perchance to wake without a hangover.

Next Story : Your head in your hands