Does it mean women had four husbands, a pre-Vedic practice frowned upon by Aryan men? 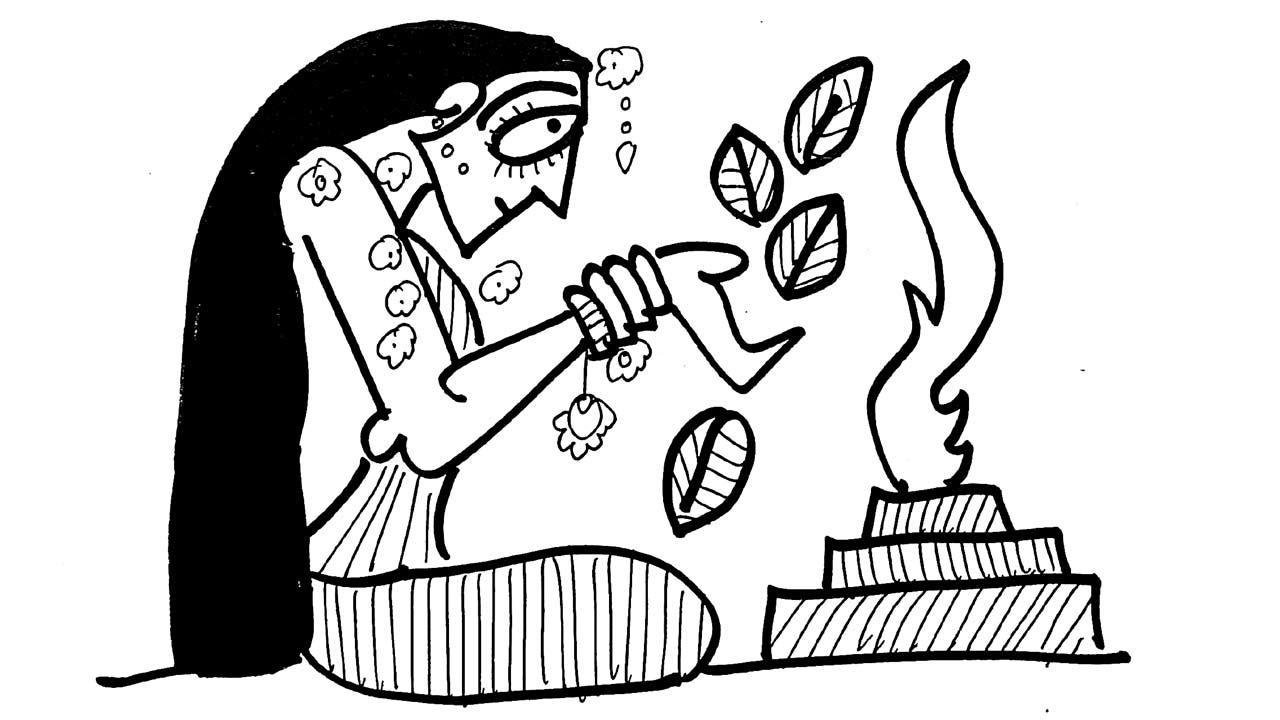 The Rig Vedic hymns were composed over 3,000 years ago, most probably by children of men who migrated into India with horses from Central Asia, and married local women. The hymns mostly reveal the valour of the fathers, but occasionally the longings of the mother.

The marriage hymn tells us about a girl called Surya, who is fetched by the Ashwins and taken to her husband. We learn how the woman already has had three husbands: Soma, Agni and Gandharva, before receiving her fourth husband. Does it mean women had four husbands, a pre-Vedic practice frowned upon by Aryan men?

This hymn gains significance when we read the epic Mahabharata composed at least 1,000 years after Rig Veda. Here Kunti argues why a woman can have only four husbands and not five. Besides her husband, she therefore summons three gods (Yama, Vayu, Indra) only to beget sons. She hides the fact that before marriage, she had summoned a god (Surya) secretly. This is the underlying reason why Draupadi is insulted in the gambling hall, as a prostitute, because she has more than the acceptable limit of four husbands. This is a far cry from the popular contemporary concept of women who are supposed to be faithful to a single husband.

Rig Veda also tells the story of Apala, who offers the Soma juice to Indra and gets her beauty restored. There is the story of Saswati. She sings Vedic hymns that transform her impotent husband, Asanga, into a virile, potent man. We hear Lopamudra trying to tell her old, ascetic husband, Agatsya, to pay her more attention, which is his duty as a husband. We have stories of Saranya who runs away from her husband, the sun-god, because she can’t bear his radiance. We hear the story of Urvashi who leaves Pururava, as she is bored of her relationship with him. We hear of Indrani who argues about the sexual prowess of her husband. There is another story of Yama and Yami. Yami is the sister of Yama, the first male. He refuses to marry Yami, because she’s his sister. As a result, with no progeny, he gets trapped in the land of the dead. Yami turns into Yamini, the night. All these stories refer to the desire of women, their longing for a virile man, their joy when they find one.

Rig Veda tells us how Aditi, the fetterless one, is married to Daksha, the ambidextrous one, to give birth to the gods. What does this mean? Does it refer to how a free pre-Vedic woman became bound to the talented Aryan male who controlled horses and built chariots? Goddesses do not dominate Rig Veda, but they are there. There is the goddess of dawn, Usha; the goddess of the forest, Aranya; the goddess of devotion, Shradda; the goddess of speech, Vak; goddess of the ritual spoon, Juhu; and the goddess of the service-fee, Dakshina;. In later Brahmana literature, we learn of the long-tongued woman who is sexually entrapped and killed by Indra’s friend, Kutsa. In Upanishads, we encounter Jabala who has many lovers and so is not able to name the father of her son, Satyakama.

What we get from these verses is that women were associated with love, longing and yearning. They craved sensory and sexual fulfilment, and often found their husbands inadequate. These were demanding women whose passions are obscured by commentators who spotlight the valour of male gods such as Indra, or focus on de-sexualised spiritual ideas of the Vedanta.

Next Story : Pushing a good guy down