‘Making it’ is a matter of perspective. Instead of weighing achievements based on what we were told ‘success’ means, if we focused on goals that bring us joy, we might find that we, infact, have done it already 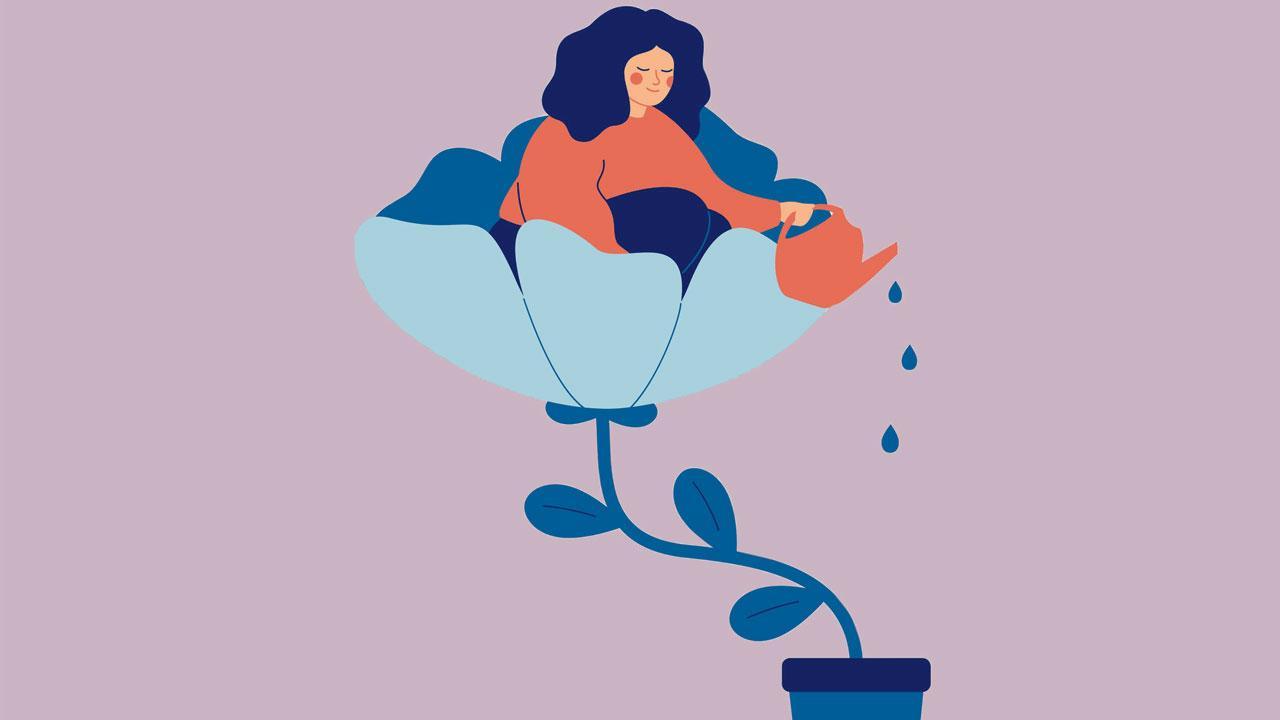 While there are moments when I break down, I also have moments when I watch our child exhibit a deep curiosity for the world and a delight in all its little offerings. It is in those moments that I feel truly blessed. Representation pic

Wednesday felt like a thrilling workday. I was sent texts to edit that felt intellectually stimulating and that challenged my faculties as a copyeditor. One piece of copy spoke about what it might mean to think like a carpet—to embody the mind and materiality of a knot within a weave and to understand one’s being in relation to the other knots. It sounded bizarre, yet prophetic at the same time. Later in the evening when I took our child for a long walk in his stroller, I was delighted at the sight of him soaking in the world. I suddenly dwelt on how peaceful I felt in that moment. I’d had a great workday. Apart from the full-time work I’m doing I was also able to spend time on another exciting freelance project. I was still reeling from the relief of having finished with the work that was the result of two separate grants I had received. For the first time since I moved to Europe, I found I was not counting every single cent. I wondered to myself if I had in fact ‘made it’?

I began thinking about what it means to have ‘made it’ or to have ‘arrived’, especially when you come from a middle class migrant background where the ultimate dream is usually connected with owning land. At 37, I have not managed to amass ‘capital’ in its conventional forms. My bank account is not sizable. I have some savings, but no apartment that I own. But unlike many who do own property, I have no debt to speak of. I do not owe any bank any money, all my books are in order, and I am, for a change, not hustling… I was lucky to have the perfect job land in my lap, one for which I am overqualified, but which remunerates me reasonably well and allows the flexibility of working from home and involves having a compassionate and rather wonderful person, a fellow art critic, as my manager. For someone like me who is fully capable of being in a leadership position and yet prefers the luxury of working quietly without having to attend to the stress of thousands of meetings or even having to delegate work, I feel I am in this perfect situation. I’ve never really had career ambitions. What I’ve sought most consistently has been the privilege of working from home and earning just about enough to sustain that. It helps me to be loyal to myself and my own work and not to over-identify with the mission statements of the places I may work at or with.

I felt the urge to celebrate this moment in space and time, this feeling of equanimity, when the dust had somewhat settled after the definitive moment of becoming a mother and nursing my surgical scar while pumping frequently in the early days to manage a regular supply while simultaneously working. I had somewhat conquered my worst fears about motherhood—that it would interfere with my personal subjectivity, that it would totally rob me of time to myself and turn me into an over-anxious person. Of course, having a supportive partner who shares the workload makes everything lighter, but I also know I would not have ventured into this set-up in the absence of that help. It’s possible, even, that I have done some of my most exciting work professionally after I became a mother. I have taught at least four intense workshops in universities and art institutes, have consistently written my art criticism columns, alongside other projects that I have seen to fruition and managed to make time to offer feedback to other writers. I was approached by two students to be their thesis advisor, which felt like an unexpected honour. And I am continuing to be able to access my emotions. I have my not-so-great days when I feel shipwrecked by the demands of caregiving, and I break down. But I also have moments when I watch our child exhibit a deep curiosity for the world and a delight in all its little offerings. It is in those moments that I feel truly blessed.

I guess ‘making it’ is really a matter of perspective. You must weigh what you have achieved against the grain of what you were conditioned to believe constitutes success—owning a fancy car with a driver, or being CEO of a company, or earning some crazy digit salary or owning real estate or being a landlord, to getting the promotion you always wanted. It really is the small things that contribute to joy. Everything else is part of material culture and is embedded in capitalist beliefs about the importance of accumulating wealth. If we reorient our focus and designate more joy-appropriate professional and personal agendas for ourselves we might suddenly find we can do without all of these, that our sense of self is not attached to the act of ownership or possession. You might have ‘made it’ long before you realised you did.