When certain forms of toxicity and sexist behaviour are normalised and we grow up watching them, it affects our ability to see the violent patterns as they are, till they manifest as a physical act 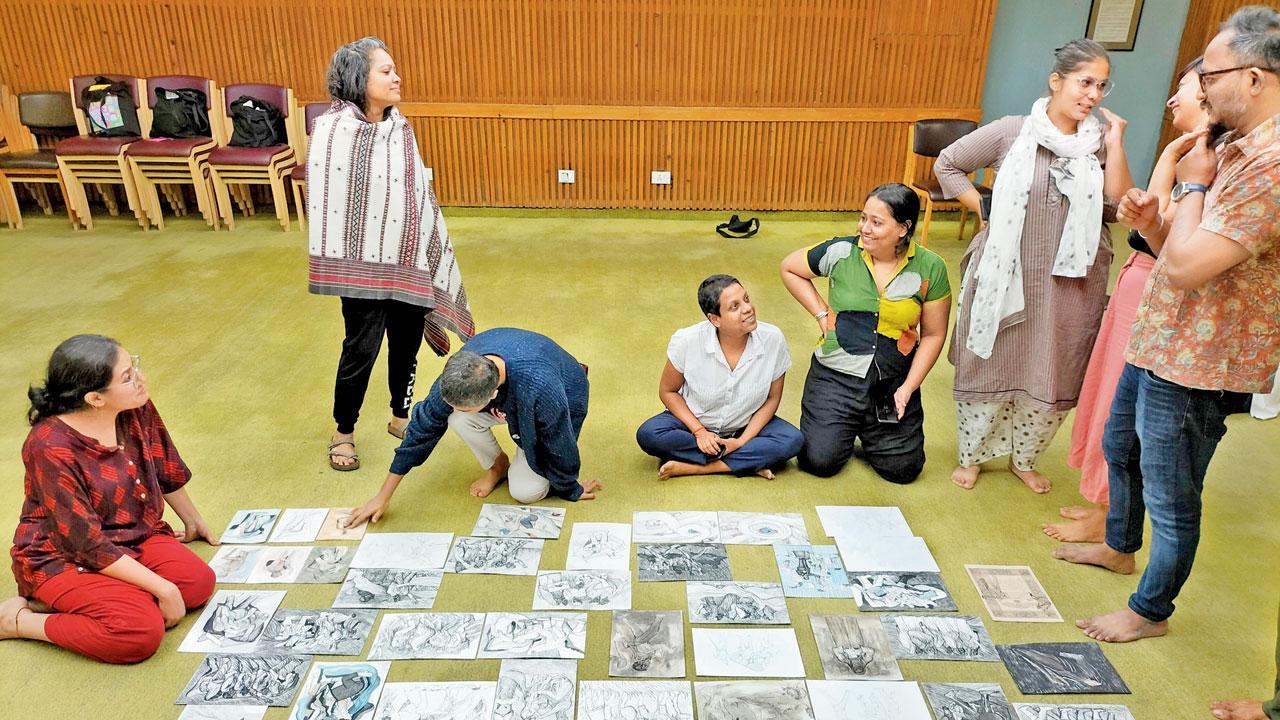 Despite seeing it coming, the overturning of Roe versus Wade by the US Supreme Court still registered as a sinking feeling once the shock of it wore off. I’ve always felt confused by the hypocrisy of this ‘first-world’ country, that it brazenly calls itself the ‘land of the free’, though the land in question was stolen from native people whose sovereignty has never been acknowledged, and was built by people who were brought in like transatlantic cargo and put to work as slaves, who have never received reparation. The overturning of the order puts all people with wombs at risk, because it refuses to accept their bodily autonomy, rejects the agency to which they are entitled, and unfairly affects those from already marginalised sections of American society. It is not just a blow in the face of feminist movements and mobilisations but also a punch in the gut. Imagine the contradiction when the highest court of an allegedly democratic country decides in favour of guns and against people with wombs. It offers a startling perspective on what constitutes the ‘pro-life’ argument—this in a country in which parents of infants have been coping with an acute shortage of formula, a problem that was magnified by current import policies, and where children need to be trained on dealing with situations of gunfire in schools.

It’s temptingly easy to look at a situation outside of one’s immediate reality and to critique its existence as a folly, and to delude oneself into thinking you have it so much better. In India, abortion is not illegal, but it is still intertwined with shame, guilt, taboo and secrecy. A woman seeking an abortion is a woman racked with all of these emotions and more, and has to seek out that one friend who won’t judge her, find the financial resources to ‘get it done’, and then never speak about it again. That abortion in India is legal is not necessarily a testimony to the fact that the bodily autonomy of people with wombs is being upheld, it has more to do with population control; and between abortions and the documented over-use of the i-pill, there must be enough concrete data to show how the burden of contraception is not shared equally between the sexes. As a fly-on-the-wall member of specialised Facebook groups that offer support to Indian mothers, I am frequently horrified by the levels of emotional abuse young or even middle-aged mothers face from their immediate and extended family, how their authority is constantly undermined by meddling in-laws and mousy husbands who cannot stand up for their partners. It all points in the direction of sexism and misogyny.

When certain forms of toxicity are internalised and normalised, it affects our ability to perceive the violence beneath the structures. We register it only when it manifests as an extremity, as a physical-material act that leaves a mark upon contact with the oppressed body, imprinting itself as an assertion, the domination of one body upon another. In these circumstances, violence is seen as a state of exception, when in fact the whole situation is frequently embroiled in violent patterns and behaviours. But we have no language to describe these seemingly softer, more invisible methods by which we are acted upon, in which our consent is never elicited because we are not given the respect we rightfully deserve. This is one of the most dangerous situations to inhabit, and, unfortunately, most South Asian families inherit and propagate these traumas intergenerationally. Violence is totally normalised and various forms of abuse are tangled within the languages of love.

The endemic nature of violence is such a defining feature of patriarchy. It is why anyone who invests their energies in enabling oppression—whether their own or someone else’s—will find themselves eternally bereft of joy. As intersectional feminists, we are fated to wrestle with moments in which we feel defeated by the systems that were put in place to repress us. We are subject to the whimsical imaginaries of borders, policing, censorship, and the regressiveness of purportedly progressive ideas, such as democracy. But we are at least able to locate joy in our gatherings, in our sisterhoods, in our every attempt at mobilisations. I’m dwelling even more these days on what this means in terms of spiritual sustenance, this identifying with the oppressed and seeing oneself within the margins while also working to electrify these peripheries in an attempt to dismantle the centre. Becoming a mother has only intensified my resolve to do everything within my power to transform the world. The last two days, for example, I have had the honour of being part of a closed-door conference organised by Gender at Work India, helmed by the anti-caste activist Jyotsna Siddharth, who is the country director for India.

While I am aware of not inhabiting the physical space held by the other participants—mostly practitioners of theatre, dance, photography, and other arts, I am present online, via Zoom. While I feed my child or bridge his naps, I listen in to their enlightening conversations about what it means to think about feminist pedagogical methods. Being invited to think along with them has meant so much to me, and is a source of intense hope in increasingly oppressive times, when the forces of patriarchy, capitalism, caste, and racism continue to assert themselves.

As long as we continue to flame the resistance, there will always be hope.

Next Story : MSRTC crack down on erring drivers welcome