July is over, the Monsoon wedding enters August 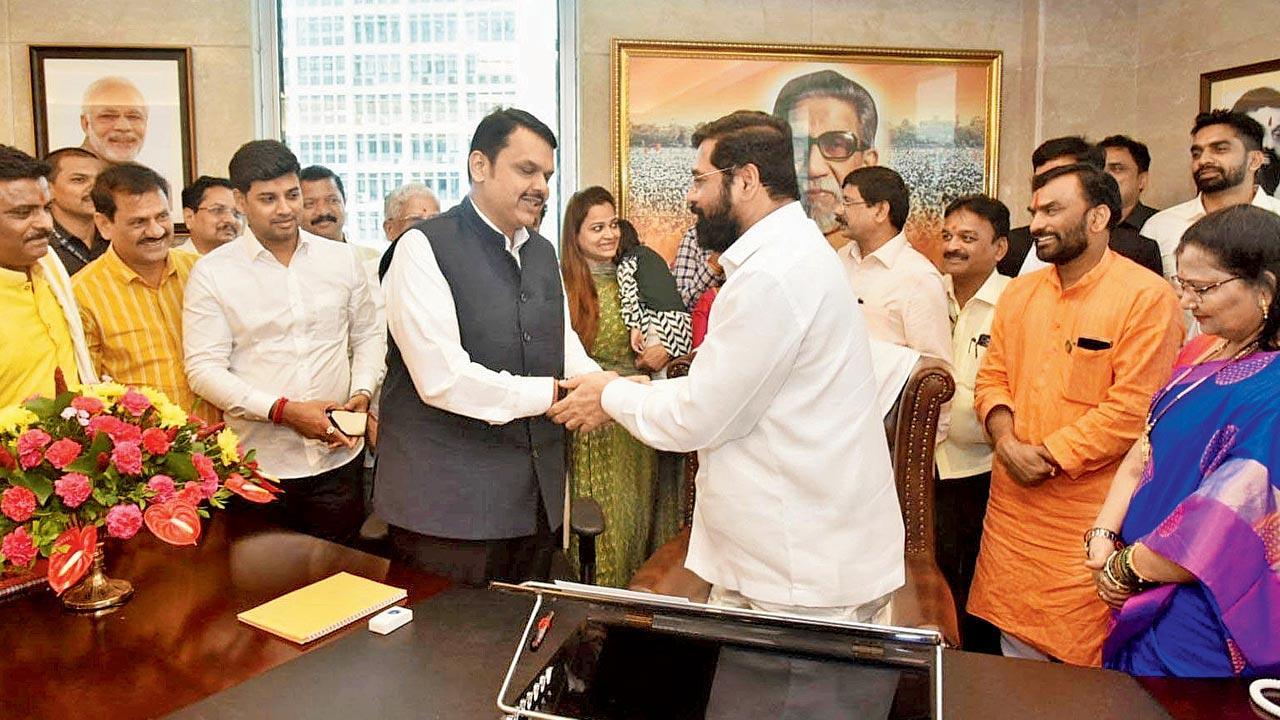 The CM’s official residence has been readied for Eknath Shinde while his deputy Devendra Fadnavis has been allotted a vacant bungalow that shares walls with his existing state-provided residence. File pic

There has been an official response from Chief Minister Eknath Shinde’s group that he has not been able to expand his Cabinet because of the litigation in the Supreme Court. It came a bit late, and we would have accepted even if it was given early. The reason is apparent, so there was no point in hiding it. It’s been over a month, the Shinde-Devendra Fadnavis duo is working without a team. Yes, both will have their respective teams, the only difference is that Shinde will have to decide on his own, though there could be ‘suggestions’ from the BJP. We’re told Fadnavis’s team is being drafted in New Delhi, and it could be full of surprises, thanks to the BJP high command. But Fadnavis has to have a team that can deliver in the next two years. Will he succeed in cherry picking? Or, is the ‘surprise’ narrative being used to check the ranks?

Late last week, the signals were out that this government was going to stay, come what may—even if the Shinde faction MLAs get disqualified. It is said that the disqualification would reduce the house strength, ultimately bringing down the number needed for a majority to run the government. The BJP, the independents and smaller parties could pull it off, they say. The disqualified MLAs could try their luck in by-elections. Some could get accommodated in the upper house.

As the Supreme Court hangs a sword, the CM’s official residence has been readied to get him shifted. Fadnavis has been allotted a vacant bungalow that shares walls with his existing state-provided residence. The deputy CM, treated at par with Shinde by BJP workers, needs additional infrastructure to carry on the work, accommodate increasing gatherings and hold official meetings. He is expected to lead important departments that have become a contentious issue between the partners. The outcome would be known only when the portfolios are distributed. The wait has prolonged because the SC has moved its hearing from Monday to the later half of the week. Till then, the Shinde sarkar may carry on with symbolic acts that give hope to his flock that has become restive—particularly the ministerial aspirants who are under duress and have been leaving no stone unturned to please the CM and his masters in the BJP.

Some of Shinde MLAs aren’t willing to take an open stand against Uddhav Thackeray though they have been totally different in their approach in private discussions. Deepak Kesarkar, who has earned praise for showing skills as the Shinde faction’s spokesperson, mistimed a shot while showing his love for the Thackeray family. While he thought that he had hooked it beyond the fence to Kalanagar, he actually hit the BJP’s anti-Matoshree nerve, Union minister Narayan Rane, for allegedly trying to defame Aaditya Thackeray in Sushant Singh Rajput’s death two years ago. Rane showed restraint as advised by the BJP. His MLA son Nitesh said all was forgiven for the sake of Hindutva. But Kesakar had to retract and take a vow that he would never ever take Rane’s name. He said, whenever he did mention Rane, it was linked with their rivalry in Konkan. Speculations said that Shinde would replace Kesarkar, apparently to appease the BJP.

Similarly, an independent MLA had said that even if the Shinde MLAs got disqualified, there would be a government with his counterparts and smaller parties. He, too, was advised restraint, but in politics such statements do warrant thoughts.

Shinde-Fadnavis may have been at the receiving end for not having a council of ministers even after a month, but the opposition’s rant has been as lame as a primetime fruitless debate. Former Dy CM-turned-opposition leader Ajit Pawar makes periodic noises, but plays it safe when it comes to risky issues. He has asked the media to not ask him for reactions to what others say. He chooses the answers and questions as well. However, Pawar has promised a strong performance in the monsoon session, which has been delayed.

The Thackeray Sena has been fighting the issues that Shinde has created and left fending for itself. The arrest of Sanjay Raut did not evoke strong reactions from the partners, especially the NCP that Thackeray has been relying on. The Congress top leaders have protested the Raut episode, which followed the ED interrogation of Sonia Gandhi and party’s subsequent nationwide agitation, which doubled up as a voice against rising inflation and employment among other public issues. The Congress expected much harsher action against Sonia, which in turn could have given it more leverage than other parties in the opposition. But that was not so, at least not last week, because it is the government that also empowers the opposition by way of its actions.

Next Story : Doll-rice and all things nice