Last week marked the 143rd anniversary since the original ‘kala ghoda’ was installed in the crescent-shaped heritage district in SoBo. Our sutradhaars head out to meet the original horse and rider 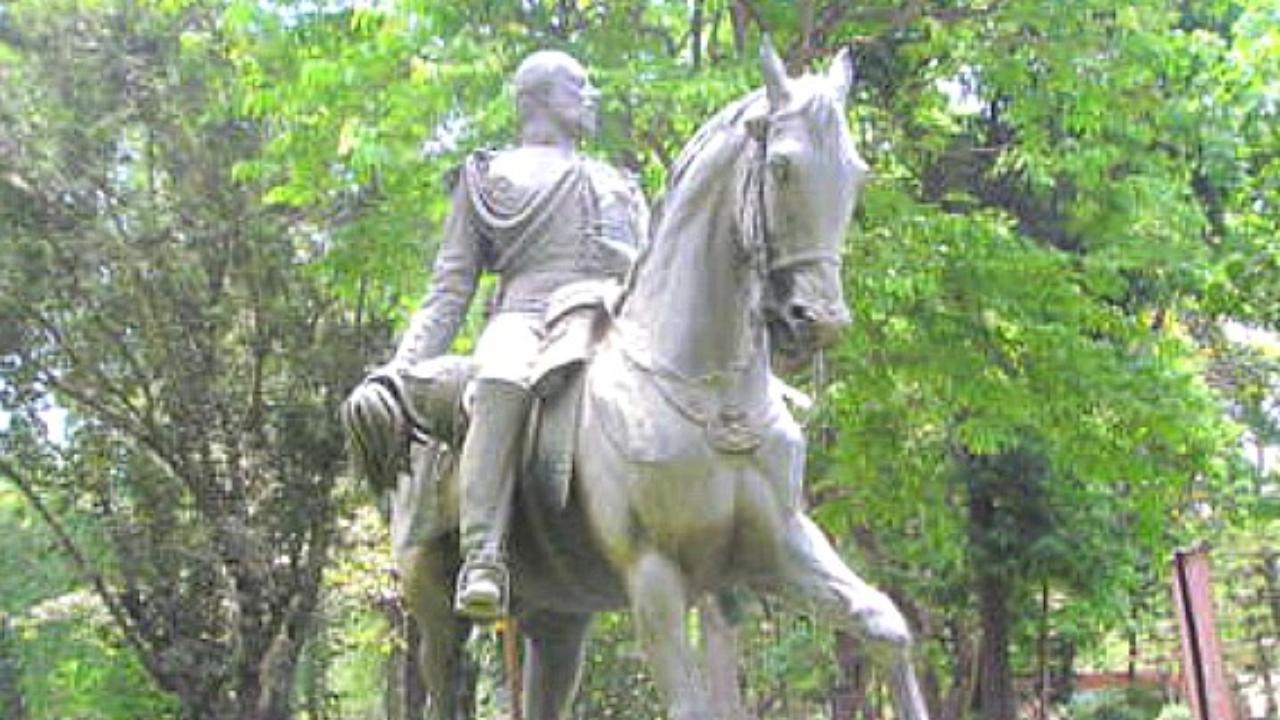 “Bertie has been sulking. He hasn’t been responding to messages. I wanted to share my concerns with you since he is an integral part of our circle,” Lady Flora told her friend, Pheroze, aka Sir PM, referring to their friend Sir Albert Edward, or Edward VII who resided in Rani Baug, in Byculla, the OG Kalaghoda.

“Hmmm…it’s interesting that you raised this. I, too, was at the receiving end of silent treatment as he surprisingly did not reach out after the missus sent across some monsoon goodies earlier this week,” replied Sir PM, adding that there might be a clue in his chat with Dr Viegas, “He mentioned that June 29 was the anniversary of the day the statue was opened to the public in 1879. We forgot to wish him and that could have upset him.”

“This is unfortunate. I wish I had made a note on my calendar,” sighed Lady Flora. “I still remember that glorious day; it was a typical July afternoon—dark, cloud-filled skies; yet the city had turned up in good numbers. There was excitement in the air; everyone applauded as the grand gift was unveiled to the city. Edward was thrilled at the vantage position of the statue that was donated by the benevolent Sassoon family. He looked resplendent in his decorated uniform atop his favourite horse,” she recalled.

“Oh, and did you know that the statue was created by Sir J. Boehm, a highly respected sculptor of the time? The bronze landmark was inaugurated by the then Governor of Bombay, Sir Richard Temple,” added Sir PM, trying to match his friend as far as reminiscences went.

A surprise visit
“Let’s head there and give him a surprise, Lady?” suggested Sir PM. His friend readily agreed, and the two set out in the middle of the night to make amends.

An hour later—the roads weren’t in great condition thanks to the incessant downpour—they reached the gates of the zoo and gardens. “Psst, it’s us…Pheroze and Flora. Could you please let us in?” whispered Lady Flora. She had packed his favourite cheese chilli toast, dry fruit boxes and a curation of historic non-fiction reads. ‘That should help reduce the glumness,’ she told herself.

“Hey, Bertie [Sir Edward’s pet name] now be a good sport and open the gates. See, we’ve come with goodies and all. And we can chat about all the recent political rumblings in Bombay,” prodded Sir PM. After all, he and Edward loved to chat about the goings-on in their favourite city over Scotch and cheese chilli toast—a snack he loved, after he was introduced to this desi toasted snack by his Parsi friends in London.

“Ah well, look who we have here. The ‘friends’ have arrived, after all,” Sir Edward’s sarcasm was all-too-obvious. “He, he. Better late than never,” Sir PM remarked, sheepishly.” Lady Flora wasn’t going to let his stuck record play on. “Come on, Bertie, look what we’ve got you,” she excitedly handed over the box. Their gesture seemed to have worked. A smile crept across his face. “This is all so very unnecessary, but extremely thoughtful. Yes, I was upset. Life has changed drastically since those days. The pomp, grandeur, and important…it’s all disappeared. Nowadays, when little ones click a photograph with me in the backdrop, it is enough to make my day. I hear that my replacement on the main traffic island is quite the draw for tourists… I am a nobody,” he trailed off.

“Bertie, do not take this to heart. Yes, there is a new horse without a rider at the original spot but if you must know, for the longest time, well after you were moved here, the area continued to be called ‘Kalaghoda’. How wonderful is that!” shared Lady Flora, trying to cheer her friend. “And, out of sheer curiosity till date, citizens and tourists actually head to Rani Baug to see where the original statue was relocated. That in itself is a salute to your historic connection with our city,” Sir PM added.

Edward was feeling better to the extent that he enquired about the current political scenario; “So, have things gotten better? I haven’t been able to catch much of the news...” Sir PM was waiting for this moment, “It’s been quite something; such wizardry and backroom politicking; even your British parliamentarian friends would have applauded such sharp decisions. I have never witnessed such relentless political acumen in all my years of working for this corporation and later, as an observer. Such relentless strategising is of another level altogether. We lived in simpler times.”

The sun would rise soon so it was time for the duo to take his leave. The hours of gupshup left Sir Edward in a more comforted state of mind. He promised a visit to the Fort, including a dekko of the new kala ghoda. The OG is always the bigger man no matter what, he believed.

Next Story : Need citizenry to fight to save green spaces