Lessons to be learnt from Vedanta-Foxconn move 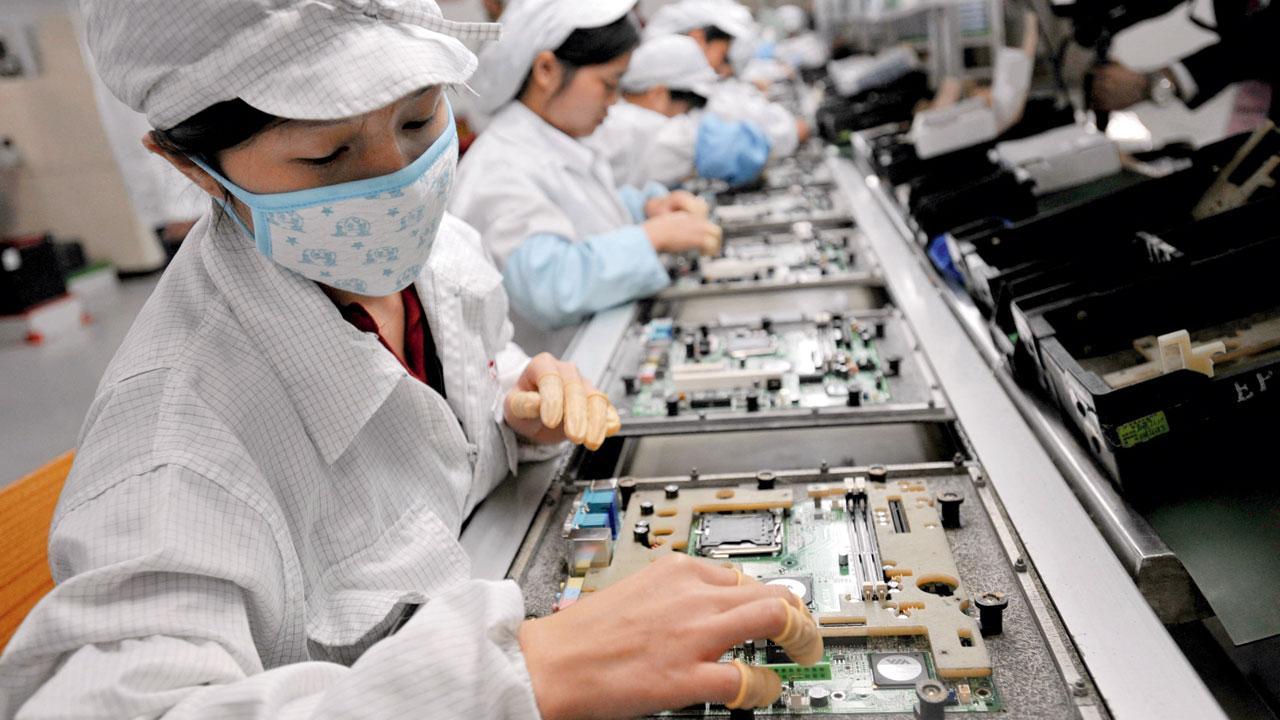 Workers assemble electronic components at a Foxconn factory in Shenzhen, China, in 2010. The tech giant and Vedanta will now set up a R1.54 lakh crore semiconductor plant in Gujarat. Representation pic

Think like an investor. Will you choose a shaky stock to invest your hard-earned money or go to a state where political turmoil is at its peak to set up your multi-billion greenfield park? This is what seems to have happened to Maharashtra’s ambition of retaining the R1.54 lakh crore semiconductor plant of the Vedanta-Foxconn joint venture. Going by their respective claims, both political outfits, the previous Maha Vikas Aghadi and the Bharatiya Janata Party-Eknath Shinde Sena that took over reigns on the last day of June, have done their best to influence the investor with good and better packages. The exercise didn’t work, apparently because the JV took up Gujarat’s offer and announced its location in the neighbouring state, which according to the Opposition’s claims, has offered the JV at least R12,000 crore less in its incentive package than Maharashtra’s. The Vedanta chairman Anil Agarwal was profuse in thanking PM Narendra Modi whose state he has chosen to be in with the massive investment. Why would an investor of this size pull out from a state where the PM belongs? For an investor, it is an ideal position to be in. Political skirmishes that his decision triggered aren’t the investor’s problems.

It needs to be treated as a great concern by all power-worthy parties in Maharashtra, for it is they who have created it, and they are responsible for amending it. Isn’t it the time for all parties to introspect for the sake of the people of Maharashtra they claim to have been doing their politics for?

Truth is always bitter and hard to swallow. The political uncertainty began in Maharashtra in late 2019 after the BJP-Shiv Sena pre-poll coalition broke up. The Sena joined forces with the Nationalist Congress Party and the Congress to form a new government which ultimately gave way to the Sena rebels and the BJP. Political stability was an issue then; it remains so even now with umpteen cases being fought in the Supreme Court and the parties in power and outside largely focusing on the electoral gains. And when Vedanta-Foxconn JV decided Gujarat over investor-friendly Maharashtra and three other states, the political fight was at its peak. It is unlikely to be any less intensive in the future. The only answer to make Maharashtra much more attractive, sustainable and work-worthy for investors is a government that assures stability. The Shinde-Fadnavis dispensation is facing teething problems despite a strong commitment of support from the Centre. When the Opposition launched attacks, PM Modi assured CM Shinde to compensate for the loss Maharashtra is expected to incur because of the absence of a semiconductor project. The Vedanta chief has promised to invest a good amount of money as part of the integration of the Gujarat manufacturing unit.  People in the know say the JV is unlikely to move out of Gujarat, but the project will definitely benefit the trained human resources from across the country, including Maharashtra which churns out the best talent suitable for the electronic/engineering needs the said manufacturing unit needs. If hired, will the Marathi boys and girls not join the project? However, nobody can deny that the number of jobs and business opportunities for locals would have been higher if the JV was here in Maharashtra.

With two more years to go for the elections in 2024, the PM’s and Agarwal’s promises augur well for the parties in power, though the Opposition will leave no chance unused to politicise if the promises are not kept. We’re told the Shinde-Fadnavis duo is expected to meet the PM in this regard soon. Shinde and Fadnavis also have a task at hand to expedite a much-delayed refinery project in Konkan that promises heavy investment and jobs but has been stuck in protests over an alternative site. The government has denied that the investor is preparing to back out because of delays and incessant politics over it. It expects the opposition’s support to retain the project and has questioned the MVA’s position that ‘allegedly contradicts’ the one it has taken on a semiconductor unit. This issue is unlikely to die down that easily.

Industry is very competitive and so should the states that vie to attract investors. No wonder, a learned wag told me, “The game is all about foxing [outwitting] and conning [persuading] when it comes to playing it between the investors and the hosts [states].”

Next Story : Awareness can save us both money and our lives