Natasha aka Nats aka Darlings

Nats’ eyes narrowed as she went dark, her usually blazing eyes were little lunar eclipses, in the corneas, minor icicles of rage were forming 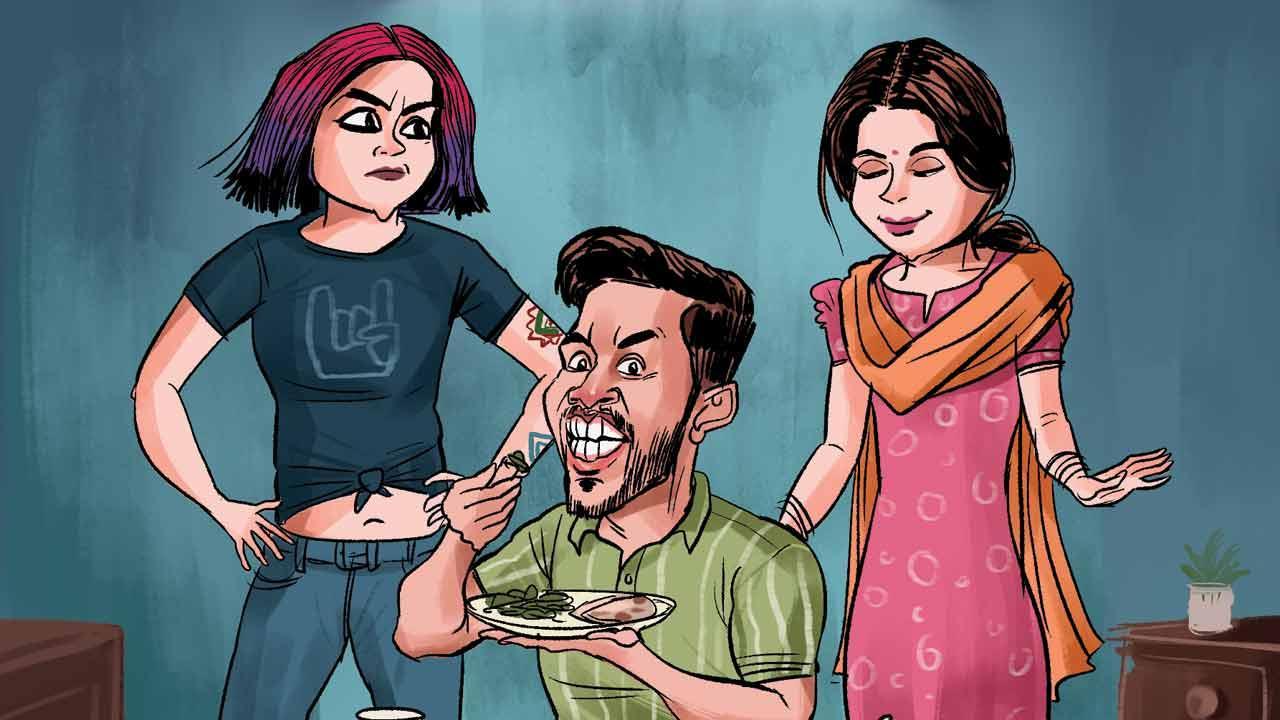 Natasha, my 19-year-old neighbour came over…

“You’re back, Nats, how was Hoshiarpur?”

Nats’ eyes narrowed as she went dark, her usually blazing eyes were little lunar eclipses, in the corneas, minor icicles of rage were forming.

“I go back home every Rakhsha bandhan... My sister Namrata and I, we tie each other a rakhi, a tradition  since we were little…”

The icicles of rage melted into drops of liquid sorrow. Nats repelled any attempt for comfort, as the momentary sadness morphed into monosyllabic snappiness.

“Bruh… my bruh-in-law bastard mistreats my sister, slaps her around, gaslights her, and every morning she forgives him.” (pause)

“So Thursday night at dinner, just Namrata, me and him, she’s cooked her heart out, he yells at her about something mundane, the bhindi, dude… I tell him to leave her alone. (Pause) Namrata tells me to leave. Just like that.

So I take the train from Hoshairpur, and here I am. (Pause, growl) El Creepster.”

“Combo of creep and molester …(invisible tear drop) she picked that swine over me, her sister!”

“No she didn’t kiddo, you can’t believe that.”

“She thinks everyday he’ll improve. But, he gets worse, especially after he got laid off during COVID. My parents live two flats down, they don’t say shit.”

“Right, so your mom is very different from Shefali Shah?” I offered trying to lighten the mood.

“The movie… Darlings. Shefali Shah’s character is very different from your mom.”

“Oh yeah Darlings, you’re meant to be lifting my mood... not be a downer. Man, that movie pissed me off!”

“Really? I found it quite delightful, in its own way, in the way that Bollywood can push a point only so far and no further.”

“See it’s so ‘obvio’ that you are an oldie... that escapist mentality… leave your brains at home, while watching a film.”

“Hey hey, back up… I’m not an oldie. I’m old school. I come from a generation that believes mainstream movies can’t do the heavy lifting that parallel
cinema could!”

“Yah, but hardly anyone saw those films… three people at a matinee at Akashwani doesn’t make an audience, cannot change a perception.”

“I’m just saying, Nats, that today’s movie makers have a very thin tightrope to walk on, OTT (Oh Those Trolls) on the one hand demanding boycotts… on the other, regressive eyeballs looking for light  fluffy stuff…ok I admit, streaming platforms mean better stories, but you have to sugar coat serious themes to make them ‘entertainment worthy’!”

“Dude, Rahul, my point is, if you want to go down the dark path of domestic abuse in your film... better see it through… can’t gloss over it, can’t chicken out and side-step!”

“Times are different, got to make it palatable for PVR and Amazon Prime.”

“Beg to differ,  don’t give promise me ‘an abuse film’ till the interval, and then descend into  ‘an amuse one’ thereafter!” (Steam coming out of ears)

“Rahul bruh, I wanna ask the dear director,  promising first half, frustrated man takes his work anger out on his wife…she accepts that that is her lot… you’ve cast Alia Bhatt and Shefali Shah, perfect poster girls for  ‘issue-based movies’, you have us  by the collar, Alia as the abused angel, Shefali as her supportive mother, Vijay Verma beating the crap out of her, she loses a baby. You’re at the interval and I’m thinking, now finish it, go for the jugular, your audience will digest it, they’ll accept it from Alia, chance to change an attitude (pause). And what do you do in the second half… you bail out and give us a kidnap caper!” (breathy pause) “You can’t combine an intense issue with inane comedy.”

I agreed only in part.

“Look Nats… gotta start somewhere… Darlings is the tip of the ice-berg.”

“Man, now take that movie Thappad … seriously adult film… that babe, Tapsee Pannu gets slapped, ONCE… just once and she walks. It ain’t just a slap… it’s a lifetime of being slapped down, bruh… everyone’s against her decision, but she seeks divorce.”

“No man, the Elvis movie!” she concluded.

Next Story : United Colours of Ray