Nats and the soundless scream

“Dude, that ‘Thappad’ was all fine and dandy, but so far removed from reality. No Indian woman, well most Indian women, aren’t so heroic or courageous.” 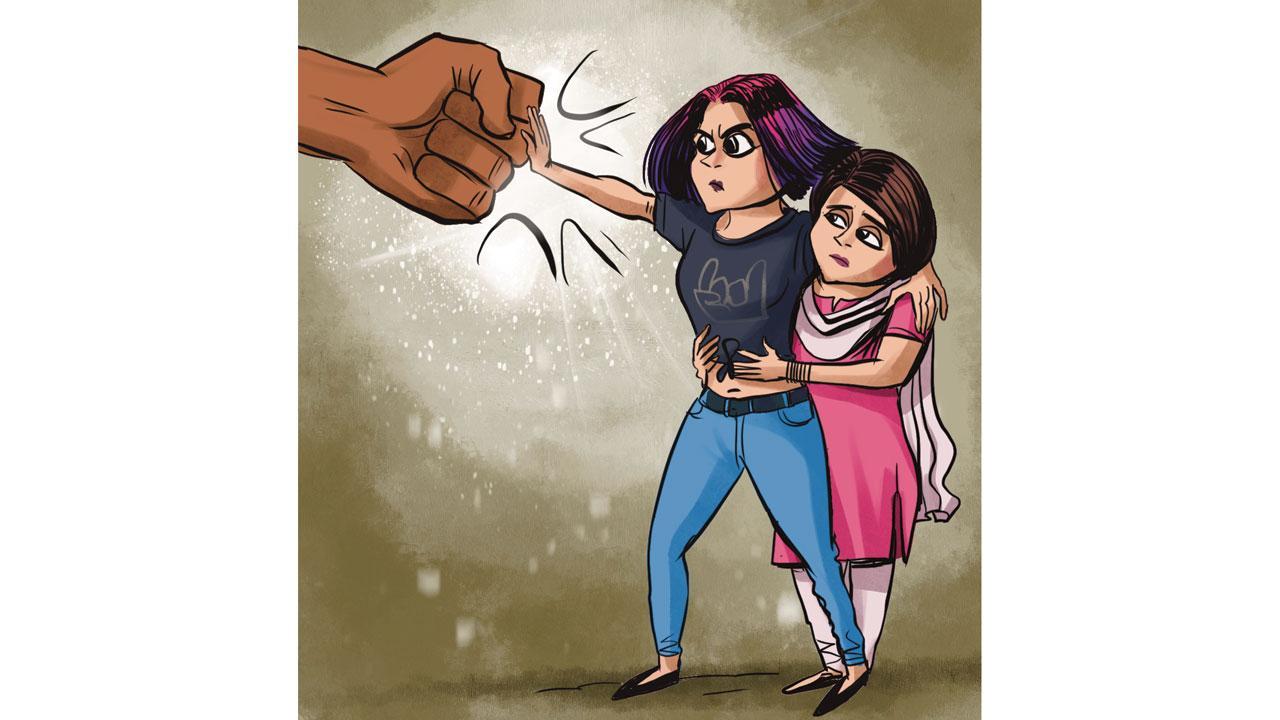 Natasha aka Nats, my Gen Z neighbour barged into my apartment as was her wont. Her eyes were lunar eclipses, a hint of teariness at the edge of her corneas… If ferocity could merge with forlornness, this was it.

When Nats was in this mood, her voice went down to a whisper, Brando-like in “The Godfather”. It was my cue to remove all breakable and sharp objects.

The teen tsunami was unstoppable this morning.

“I’ll f@*k him up, I swear Rahul uncle… knife in the privates and work my way up, sideways,” she whispered, as she let out a soundless scream.

“The beast is randomly and ruthlessly beating up my sister,” she howled, punching the air. “The maniac vowed not to touch her again, but… last night.”

Nats was a small girl, no taller than five feet one, but on this day, she towered over six feet, it would be an understatement to say, I was concerned for life and limb.

I asked cautiously, “Can you tell me what’s happening?”

“My Namrata, six years older than me,  met this guy online… Charming, looks a bit like her all-time crush, George Clooney, that sexy premature grey thing that always drove Nammy crazy. So kind he looked… asshole quoting Pahmuk and Murakami, a real sucker she is for this shit… she’s an MSc in Literature dude. Swept her off her feet.

Bruh, for years she fought my parents finding her a match, the kind of losers they found her in Hoshiarpur, you know the type, man, misogynists, Mama’s boys, no way she was going down that path, so when she met Parth, she thought she was sorted, so different from anyone she’d met.”

“Bruh, Nam was my protector, paving the way with mom-dad for everything, the party chick, the ultimate ‘leave the house in a salwar, change into a skirt in the car’ babe, but unlike me, she needed the security of a guy, dude Rahul, no offence, but its absolutely loco to think that a guy can complete a girl, but that was Namrata, Cinderella waiting for her Prince Charming.

So when Parth floated in, promising her the moon, with some start-up dreams of his, the upstart!” (pause)

“Man Rahul, Didi’s rose tinted glasses changed to blood stained ones, at a get together, his bosses were in town, he just swung out at her, for something small, but unlike that Tapsee Pannu flick, where it’s that one slap, her ordeal continued.”

“Dude, that ‘Thappad’ was all fine and dandy, but so far removed from reality. No Indian woman, well most Indian women, aren’t so heroic or courageous.”

“Here’s the irony, dude. She went against everyone’s wishes and warnings. Even my parents, so desperate to get her hitched, in spite of introducing to every creepo in Hoshiarpur, they had a bad feeling about this cool cobra, and told her so. Bruh, she cut me off too, I remember our last conversation, before he whisked her away to Greater effin’ Noida.”

“Didi, please dude, don’t. He’s uhm... untrustworthy, I have a bad feeling about this,” I begged her.

She hugged me and left. No reply to my WhatsApp, my calls, no contact for a year, till last night…”

“She sent me a letter, for over ten years, all our most private thoughts, have been via handwritten notes, cards, letters, she wrote of her torture at his hands, and the worst, he forced her to… uhm… with his friends (pause) her helplessness, man. All that f*&#ing patriarchal conditioning, ingrained  in my sister, ‘what will people say’… I can’t take it, Rahul uncle!”

And with that, Nats got up “Where you going, Natasha?” I asked a tad terrorised.

Next Story : The surgical nitwit