This is how tribal knowledge is transmitted to the tribe, via parents and elders, through ceremonies, stories, and apprenticeship 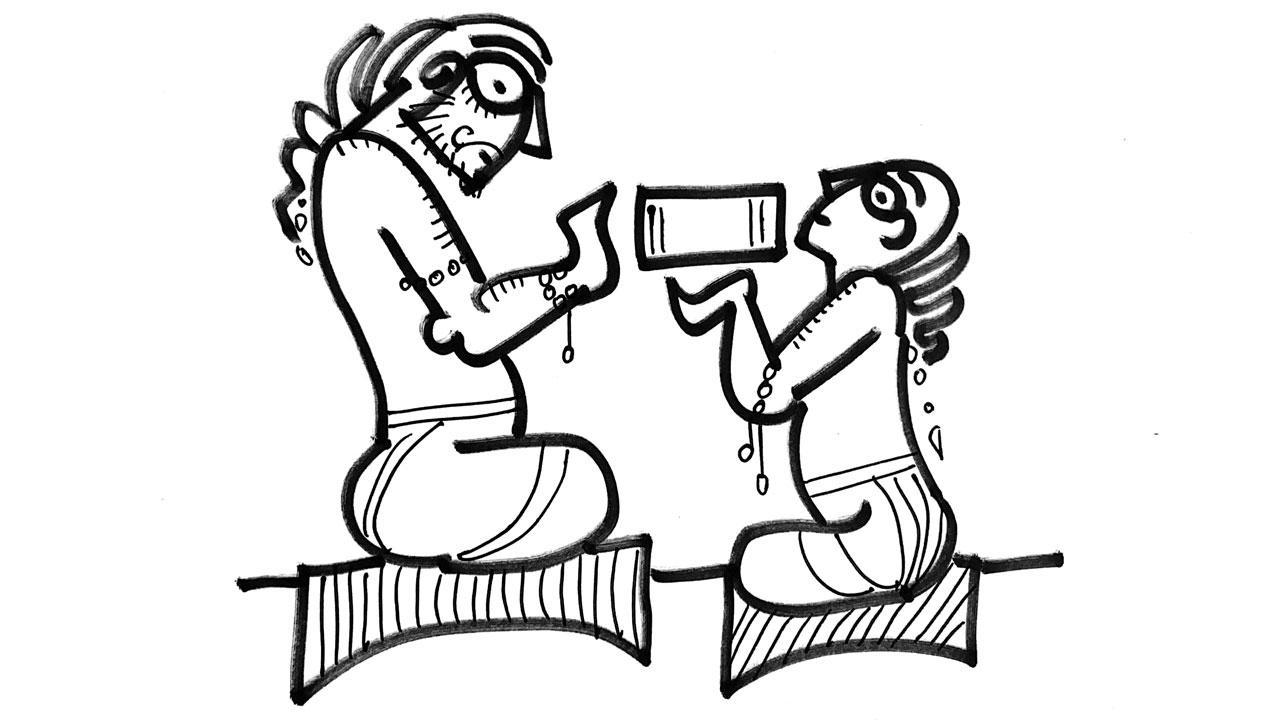 Today, anyone can go to a school or an institute, where a set of subjects are taught by experts who follow a fixed timetable, an approved curriculum, a standardised method of teaching and evaluation. That was not the case before.

In the old Indian model, your caste determined what you could study. If you belonged to a Brahmin community, you could learn priestly rituals. The potter’s son would learn pottery by working in the father’s workshop. Knowledge existed within the family, within the community, that had to be transmitted only within the group, not to outsiders.

This is how tribal knowledge is transmitted to the tribe, via parents and elders, through ceremonies, stories, and apprenticeship.

In the Buddhist model, you would listen to the Buddhist teacher. So we have the image of a teacher under the peepal tree, with students at his feet, listening to what he has to say, asking questions to clarify doubt. Or you have the Upanishadic model, where two men exchanged ideas like Ashtavakra and Janaka. So either it was a download from a source, the guru, or it was a conversation between two experts and scholars. But this applies to philosophical ideas not to practical skills. In Ramayana and Mahabharata, we learn of princes who stay in the teacher’s house and learn skills from him. But this was a privilege of the royal family, not for everyone.

Living in the teacher’s house and learning from him was the most traditional model. The students served the teacher, did the household chores for him, while learning from him, and even paid him a tuition fee, the dakshina. This model was there with mendicants and monks too, where you follow the master, who knows more than you, until you break away to establish your own school, or gharana, a practice we find even today amongst music and dance teachers.

When we talk of Nalanda or Taxila University, we are talking of highly privileged institutions, which were funded by land grants, and which had servants to do the menial chores, accessible to the educated Buddhist monastic elite. We hear of how Chanakya was a student and teacher at one such university, but we never hear of Chandragupta or Ashoka going to one. Shankaracharya would have not got access to his gurus who were experts in Mahayana Buddhist and Vedic Mimansa traditions had he not been from a Brahmin community. That he spoke Sanskrit gave him access to Vedic experts around India. The common folk who spoke local languages lived in local geographies all their life did not have that privilege.

The centrally controlled standardised model came from Christian, Islamic and to some degree Buddhist worlds. The Hindu model was based on the expertise of teachers. Even today learning music and dance from a government school is never as good as learning it from a master expert’s private academy. Here content was dependent on the teacher, not independent of the teacher. This is why the old Indian model of education was different from the Western model, creating highly refined quality, but not useful for scalability. The Industrial model of education will always therefore follow the western route, not the cottage industry approach of India.