The act of seeing

Or when they see you, they are actually seeing your status, your wealth, your power, not you—not your fears and insecurity 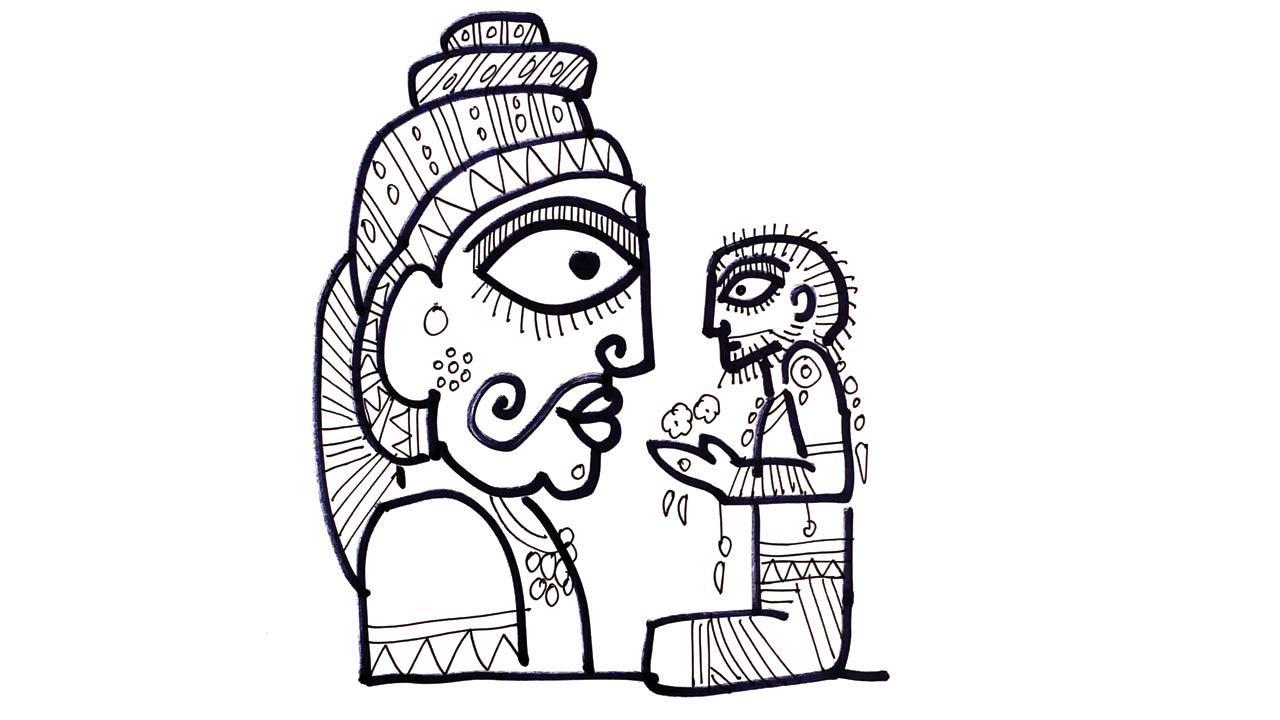 Wind and water cannot see obstacles. They strike into the obstacle and only then turn. Plants can sense the obstacle and opportunity and accordingly grow their branches and roots. Animal movements are guided by sight and sound and smell, and even invisible vibrations and radiations, where food is likely to be, and where there is less risk of danger.

With humans, things get complicated. We can see more than the physical body because humans display their wealth, power, knowledge, status using various symbols. Not only do we understand symbols, we judge them as we are culturally conditioned to see everything in a value, power, aesthetic, moral or ethical hierarchy. The Chinese eat food using chopsticks and may be alarmed at the sight of Indians using the fingers of the right hand to pick food. Both groups will argue why eating one way is better than the other. The idea of jewellery as a marker of wealth makes no rational sense, but it does appeal to the ego. People from desert cultures wear veils and masks even when away from the desert, not to protect themselves from sandstorms but because it is now a cultural marker, an indicator of identity. So what we show is not rational. And what we see is not rational either. In addition, every human being experiences various emotions from jealousy to hatred, from greed to anger. We cannot see this, but we experience the consequences of it.

The act of seeing gives us insight into others and reflection of our own selves. We observe in conversations how some friends can turn every engagement about themselves. It is always about them not others. Or when they see you, they are actually seeing your status, your wealth, your power, not you—not your fears and insecurity.

This is why the most important ritual act in a Hindu temple is called darshan or observing. The visitor sees the deity enshrined. The deity typically has large eyes and is expected to see the visitor back. The image of the deity is unlike regular idols. It is rendered conscious and sentient by special rituals known as prana-sthapana. Then it is imagined as being conscious. It is now the ‘archa’ murti that is ready for ‘archana’ or adoration.

Unlike a plant or an animal, that looks for only opportunities and threats to its survival, the deity can see the opportunities and threats that threaten the survival of the devotee and help him. And the devotee also shows he is capable of caring for the other by offering the deity food, clothes, and comfort. Perhaps the ancients through the ritual of darshan were trying to draw our attention to empathy. We expect gods to see us, but do we see fellow humans?

Next Story : The surgical closure