Former Aussie all-rounder Andrew Symonds’s death reminds us of the importance of fielding. Consistently excellent fielding can help win matches and that’s what most captains dream about 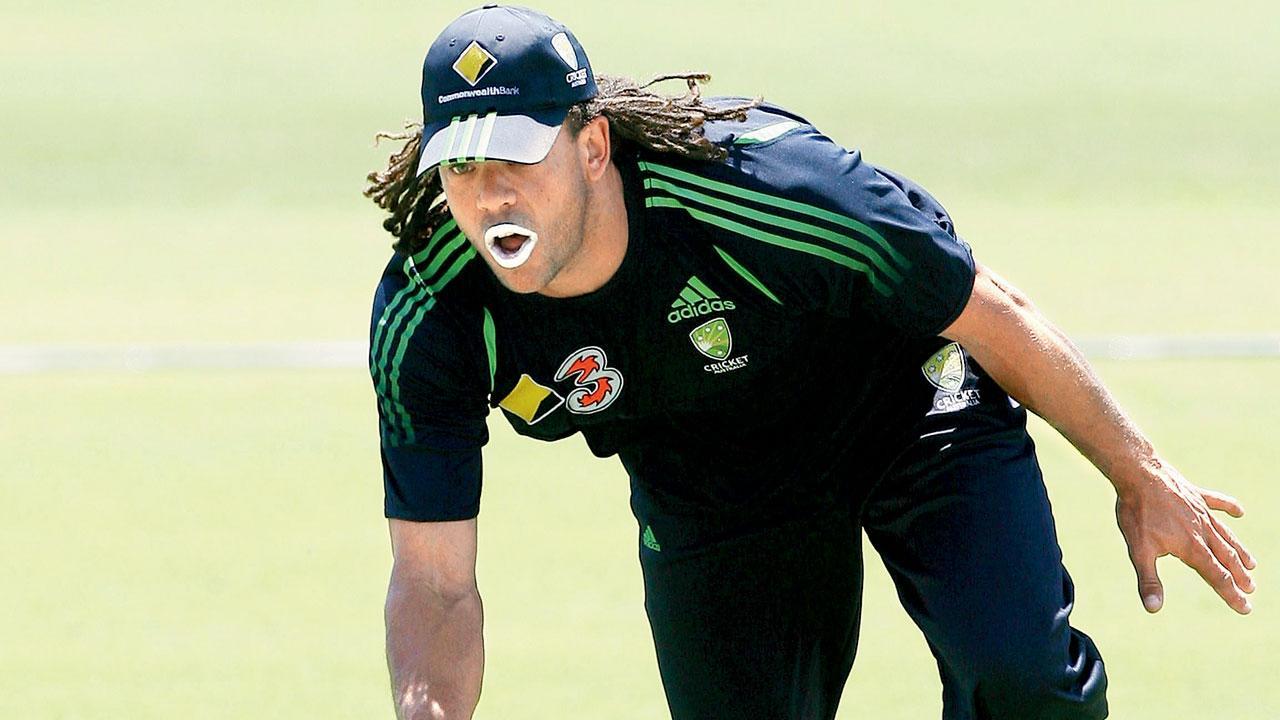 Andrew Symonds fields during a practice session at Perth in 2007. Pic/ Getty Images

The tragic death of Andrew Symonds in a road accident was an untimely reminder of the importance of fielding in the game of cricket.

While playing, Symonds never took a bad route to the ball as an excellent Australian in-fielder. Taking the right route doesn’t necessarily mean moving in a straight line, it’s about always putting yourself in the correct position to throw accurately to the vulnerable end. Symonds did this every time he fielded the ball and it aided him in ambushing batsmen.

When Symonds came into the Australian side it allowed the versatile Ricky Ponting to move into the slips where his superb hand-eye coordination helped him enjoy success. At the time Ponting, along with South Africa’s agile point fielder Jonty Rhodes, were regarded as the hottest fielding duo in the game.

I preferred Ponting on the basis that both were great run-savers and induced a huge amount of uncertainty with their skill, but the Australian was a very accurate thrower. Ponting was more likely to cause a run out as his throws regularly hit the stumps or at worst, just missed the target.

Rhodes, on the other hand, could win a sprint to the stumps, but was unlikely to hit the target with a throw from an acceptable distance.

This is a crucial aspect of fielding and must be taken into account when assessing the merits of a player. In the Australian side I always rated Doug Walters ahead of the athletic Paul Sheahan as our best in-fielder.

Both were great run-savers and speedy movers, but Walters was immaculate with the accuracy of his throw. Walters had a country-based saying about direct hits; “There are no live rabbits where he comes from.” There must have been very few live rabbits around Dungog during Walters’ youth.

Another great combination was the English pairing of David Gower and Derek Randall. Such was their athletic ability that it allowed the fortunate captain to place one on each side of the field.

Another Australian, who was a brilliant cover fieldsman, was Neil Harvey. He was revered as someone who “never got grass on his creams,” but saved multiple runs and effected run outs when ill-advised runners took on his lightening throw. He emphasised his great skill by taking many superb catches when, in his later career, he moved into the slips.

The West Indies had a number of great cover fielders and high on the list was the early day Clive Lloyd. His agility earned him the nickname Super Cat when he prowled the covers and made many spectacular plays with his speed, long arms and fast throw. Like Lloyd, Viv Richards moved into the slips later in his career and performed brilliantly, but he was among the best when he patrolled the in-field. Richards was extremely athletic and possessed a strong, accurate throw and like all good fielders he was highly competitive.

The reason Sir Garfield Sobers isn’t mentioned more often as a superb in-fielder is because he spent much time bowling and caught brilliantly in the slip cordon. However, on the few occasions he moved into the in-field if you under-estimated his prowess, you did so at your own peril.

Two of India’s best in the in-field were the sneaky quick Mohammed Azharuddin and the Nawab, Tiger Pataudi. Azharuddin was often underestimated, but I rated him one of the best all-round fielders with his quickness, accuracy and catching ability.

Tiger didn’t say much but he was credited with improving a poor Indian fielding side with his brilliant cover-point work. In an Indian cricket documentary he referred to India’s poor fielding by saying; “The batsmen used to go into the slips and drop all the catches.”

It created a lot of laughter but Pataudi was recognised as the player who altered the Indian fielding mentality.

Good fielding is expected at international level. However, consistently excellent fielding can help win cricket matches and that’s what most captains dream about.

Next Story : The slow but steady shift in our queer film space