The Indian movies I want more of

In my partner’s search for good films produced back home, we have come across the good, the bad and the ugly. And the good ones, mostly not part of the mainstream, do deserve applause 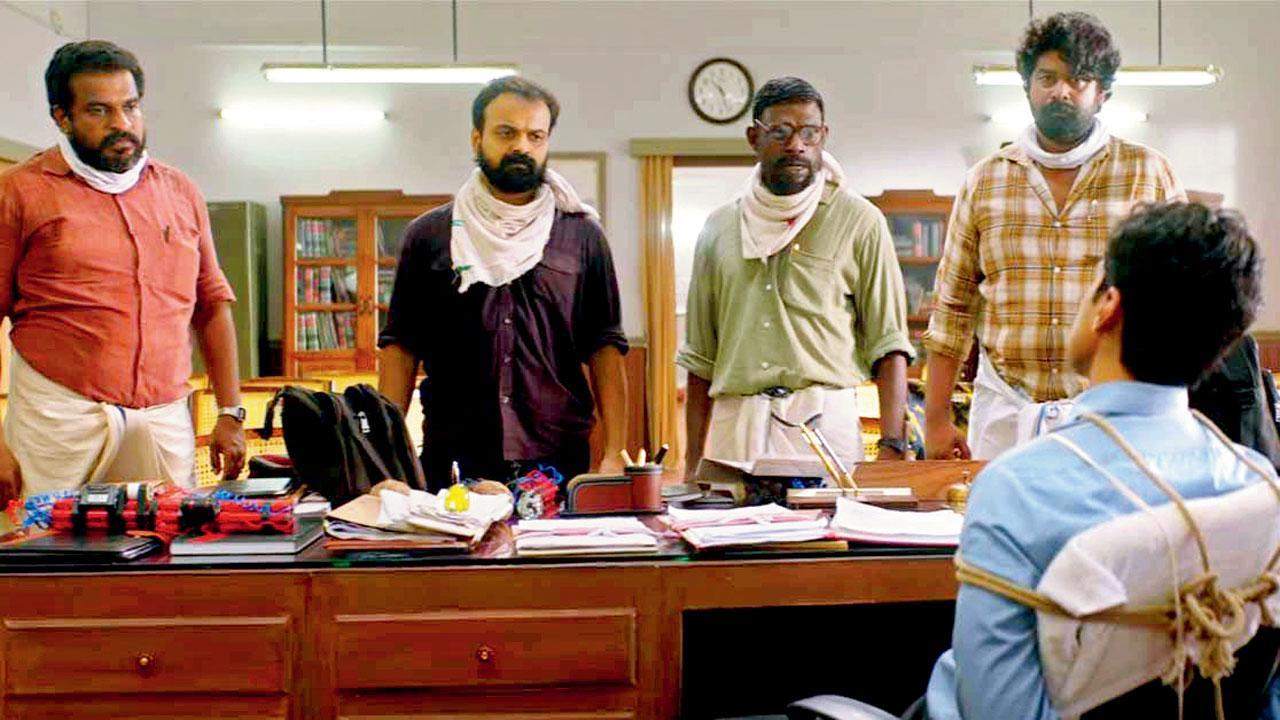 A still from the movie Pada, a Malayalam film by Kamal K M

As you may have gleaned from my columns, my partner is truly supportive of me, rarely hesitating to do whatever is within his power to enhance the quality of life, my solitude, and my capacity for intellectual thought. I try my best to respond to his generosity. Sometimes this takes the form of indulgences. I indulge his interests as he indulges mine. It’s often rewarding because doing so exposes me to experiences I may otherwise not have had myself. One of the things I often struggle with, however, is indulging his desire for Indian content on streaming services. I encourage it because it comes from him wanting to learn more about a place he was beginning to get to know better by virtue of spending time there with me, until we had to abruptly move. My struggle has to do with the frequent regressiveness of most mainstream content, the enormously exaggerated length of many films, and the frequent dumbing down of issues in order to make them palatable for passive viewing.

Most attempts at progressive or well-intentioned cinema, in my opinion, manifest what I call a ‘one-step-forward-five-steps-backward’ kind of approach. Article 15, for example, which explores an investigation into the disappearance of three lower-caste girls from a small village, ends up perpetuating a Brahmin saviour complex. Chandigarh Kare Aashiqui, which was perhaps conceived to visibilise trans women, ends up catering so exclusively to a cis-het-Brahminical-male gaze and has distinctly transphobic, misogynist undertones. At some point some months ago I had recommended to my partner that we attempt watching Sacred Games, and while we were both initially hooked to the drama, mid-way through, we both admitted that we were only continuing with it in the hope of arriving at
sense of closure. When season 1 ended the way it did, we both decided we’d had enough. Neither of us had the stomach for a season 2, and the lack of any compelling female characters already alienated me from the series as a viewer. Gehraiyaan, which was sold to me as a film about how trauma influences our tendencies towards intimacy, felt like a film so removed from my own social realities, I could hardly relate.

My partner and I both felt a bit exhausted by films like Gehraiyaan or Dil Dhadakne Do that are drenched in a specific upper-class context, with actors who simply don’t look like regular people, which was why I also totally related to a recent Instagram post anti-caste activist and performer Jyotsna Siddharth (@jyotsnamailbox): “Casting in Cinema and Theatre is a stereotypical, normative exercise driven from a brahmanical gaze and aesthetics. So much attention is paid to stereotypes than ‘archetypes’. It is easy to caste uppercastes queer, trans people (#pinkwashing) for a role because they appeal to uppercaste sensibilities (sic).” She vocalised her interest in an anti-caste casting process, where the characters’ attributes and behaviour are given importance over just appearance. “Casting directors need to come forward and caste actors from Dalit community, who have queer and trans people that lay at the intersections of caste and sexuality.” She finally advocates that casting can be a radical political exercise rather than merely getting someone to perform a role. Rajesh Rajamani’s 2020 film, The Discreet Charm of the Savarnas is another excellent critique of the prevalence of the Brahmanical gaze in the mainstream imagination.

Thankfully, my partner is not one to give up. It has become a bit of a hobby for him, scouring streaming sites in our quest for great content, browsing through trailers in the hope of discovering understated gems. His patience and perseverance led us to such brilliant films like Sherni, a 2021 film directed by Amit Masurkar, with an incredible screenplay by Aastha Tiku, starring Vidya Balan who plays a forest officer wrestling with a sexist work environment who keeps coming upon walls in her quest to save a tiger. Soni (2018), directed by Ivan Ayr, was another fabulous film I probably never would have seen had he not flagged it as interesting. The film chronicles the relationship between a Delhi police officer, Soni, and her superintendent, who are both dealing with crimes against women in the national Capital. The film is so tender in its portrayal of intimacy and leaves so much in the realm of the unspoken but enacted. We were so taken by it we had to watch another film by him, Milestone (2020), which I also recommend. Both his films are simply slower paced, and this allows for so much to be revealed rather than told. It trusts the viewer’s ability to empathise.

Some days ago, thanks, again, to my partner’s persistence, we watched Pada, a Malayalam film by Kamal K M, based on an incident that took place in Kerala 25 years ago, when four members of a group called Ayyankali Pada held the Palakkad collector hostage with a clear demand—withdrawal of a bill, passed by the then left government, that dispossessed tribals of their land. The cast is marvellous, and the director doesn’t just centre the story on the four male characters but goes beyond to show us the emotional labour performed by the women in their lives too. There is a palpable sense of tension and suspense that is not overly dramatic but plausibly constructed through subtle cinematographic cues.

Incidentally, all of these films are directed by men,  and yet, they sensitively portray narratives that are usually othered by mainstream cinema. The style of storytelling is discerningly feminist and the heft of the plot doesn’t glorify the lead protagonist(s), rather exhibits how their consciousness is framed and challenged by the worlds they inhabit. They are daringly intersectional and feel collaborative in their intent, style, and setting. They exemplify the kind of cinema I wish we had more of.

Next Story : Must ensure there’s no delay in paying suppliers