It shows us our common humanity, and also why that humanity is also our greatness, our treasure. This is Satyajit Ray’s gift to us 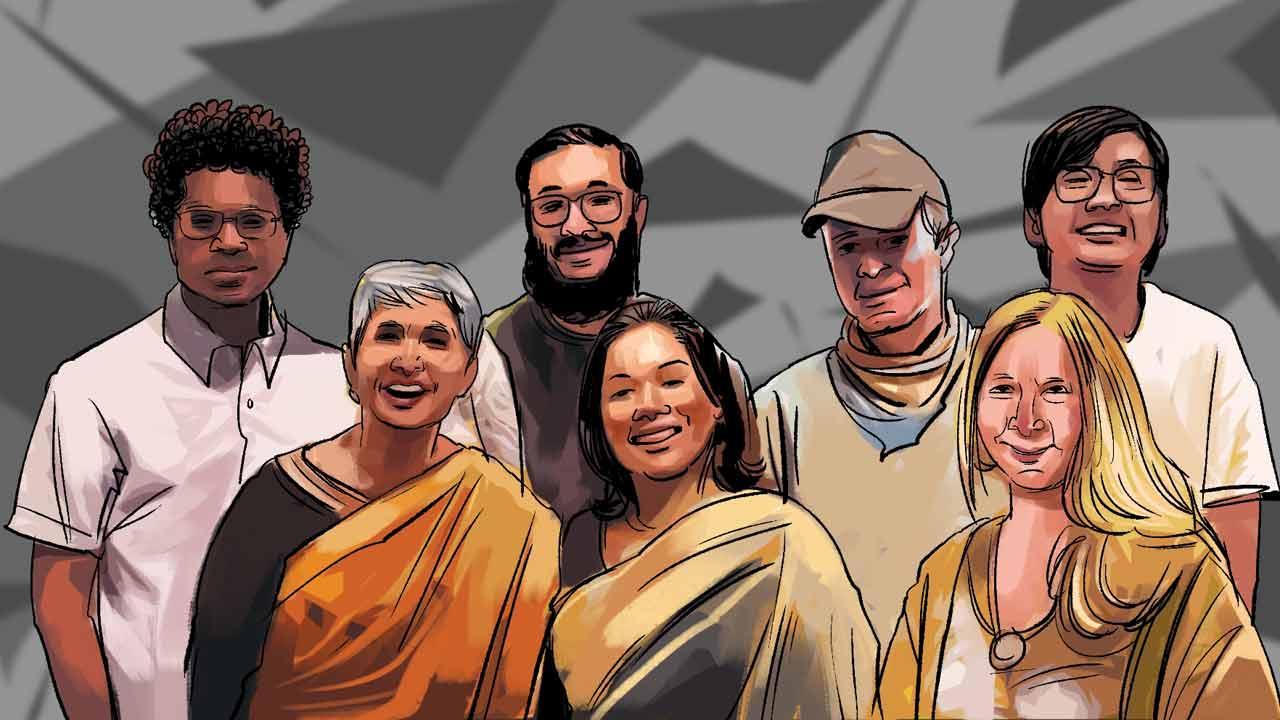 What are the chances, that I schlep across half the planet, from Mumbai to Toronto, to introduce a Satyajit Ray retrospective last week, and run into Anuka Dasgupta, who introduces herself as the niece of Uma Dasgupta, who played Durga (of Apu and Durga fame) in Satyajit Ray’s first film Pather Panchali, Song of the Little Road, in 1955? This, after a screening of Anik Dutta’s Aparajito, on how Ray made his first film. Uff! This is what great cinema is all about. And this is what the film curator in me craves. Cinema so effortlessly transcends all boundaries, uniting people from all over the world, across cultures and ages and generations. It shows us our common humanity, and also why that humanity is also our greatness, our treasure. This is Satyajit Ray’s gift to us.

I’m Curator of the Satyajit Ray, His Contemporaries and Legacy for the Toronto International Film Festival’s TIFF Cinematheque, and was invited to introduce the retrospective last week at the TIFF Bell Lightbox, Toronto. I personally call the series Ray and Apres, and it’s a homecoming of sorts, as it is the fourth time I’m collaborating with TIFF Cinematheque as Curator/Consultant in 11 years. Cameron Bailey, TIFF CEO, graciously introduced me onstage when I introduced the series. I was thrilled that we had a very good house for the Ray retrospective, followed by addabazi with Ray fans. It is very challenging worldwide to draw audiences to theatres in the COVID/post-COVID era—so I was especially delighted that many of the film fans were youngsters. We showed Ray’s Charulata, Devi, Nayak and Shatranj ke Khilari; films by his contemporaries included Ritwik Ghatak’s Subarnarekha, Aparna Sen’s Mr and Mrs Iyer, AJ Kardar’s Jago Hua Savera (Day Shall Dawn, Pakistan) and Mani Kaul’s Siddheshwari; and films by the relatively younger generation directors included Amit Dutta’s Nainsukh and Anik Dutta’s Aparajito (The Undefeated).

It was deeply gratifying how Ray and others touched a deep chord across the world and generations. Their fans included many youngsters from/originating in Canada, the US, Belgium, India, Bangladesh, Sri Lanka, Korea and the Philippines. I call it the United Nations of Ray. We spontaneously had addabazi at the elevator after each screening—I call it elevator addabazi—that went on for an hour. They were absolutely reluctant to go home, and we eventually went to a restaurant for beer and dinner. My heart is full. Hum picture batate gaye, karvaan banta gaya (kind of, we kept showing films and the caravan kept getting longer).

Lisa Wyndels, originally from Belgium, wept copiously after Ghatak’s Subarnarekha (1965), keen to share her feelings, but unable to speak. Ghatak had stabbed her in the heart, just as he had stabbed mine, when I saw it at FTII’s Film Appreciation Course in 1992. Jamie Rebanal from the Philippines, loyalist who had got tickets for the entire Ray retrospective, said, “Charulata is so beautiful, especially to watch on the big screen, so melodramatic, so lavish. My heart was racing throughout, and it shattered in a million pieces afterwards.” His birthday gift is to watch Ray’s Devi on his birthday. Tazeen Ahmed, film studies scholar, originally from Bangladesh, said, “My relationship with Ray is less as this world famous filmmaker, and more personal. I grew up reading Feluda as a child, and since age 3-4, I watched VHS tapes of Goopy Gyne Bagha Byne. Goopi-Bagha were my best friends, whenever my parents were out.”

I specially wore Benarasi and garad silk saris lent by my friend Falguni Desai, and a Baluchari sari (that is woven in both the Bengals) lent by my sister Sarayu Kamat for the Ghatak screening: it has episodes from Lord Krishna’s life and the Mahabharat woven into the textiles—I had the honour of wearing an epic to watch an epic. Some of the young fans were working in/studying engineering, statistics and similar deathly professions, but passionate about cinema, and I think Ray will give them a big push into cinema, closer to their dreams. Here’s to Ray, a gift that keeps on giving.

Next Story : Kill your darlings