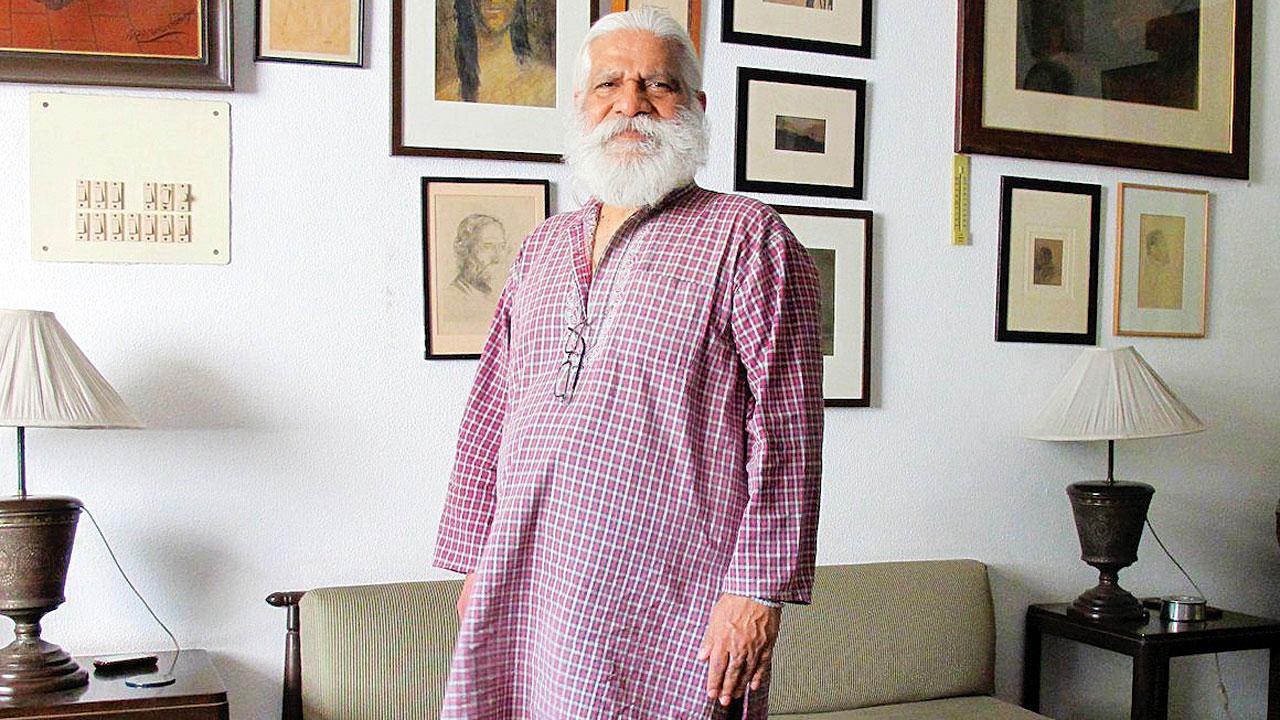 In the mid ’70s, when Bengal was going through its peak trade-unionist years, it looks like the crew from Calcutta, shooting for Satyajit Ray’s Shatranj Ke Khilari (SKK) in Lucknow, had launched a civil-disobedience movement of sorts, arriving late on set. Because? The breakfast served was no good! The actual grouse being?

That they’d been put up in a lesser hotel, while those brought down from Bombay for the same shoot, had been lodged at the solitary five-star hotel, Clark’s Avadh.

The ‘Lord Dalhousie’ of this Raj-like rebellion was one, Suresh Jindal, the film’s Delhi-based, Punjabi producer—who’d also been accused of being anti-Bengali, based on a few drunken jokes he’d cracked at a crew-party one of the nights.

The Bengalis in this shoot had been associated with Ray since forever, that is his first film. So much so that he often said he made a new movie every year, also to keep his crew gainfully employed. 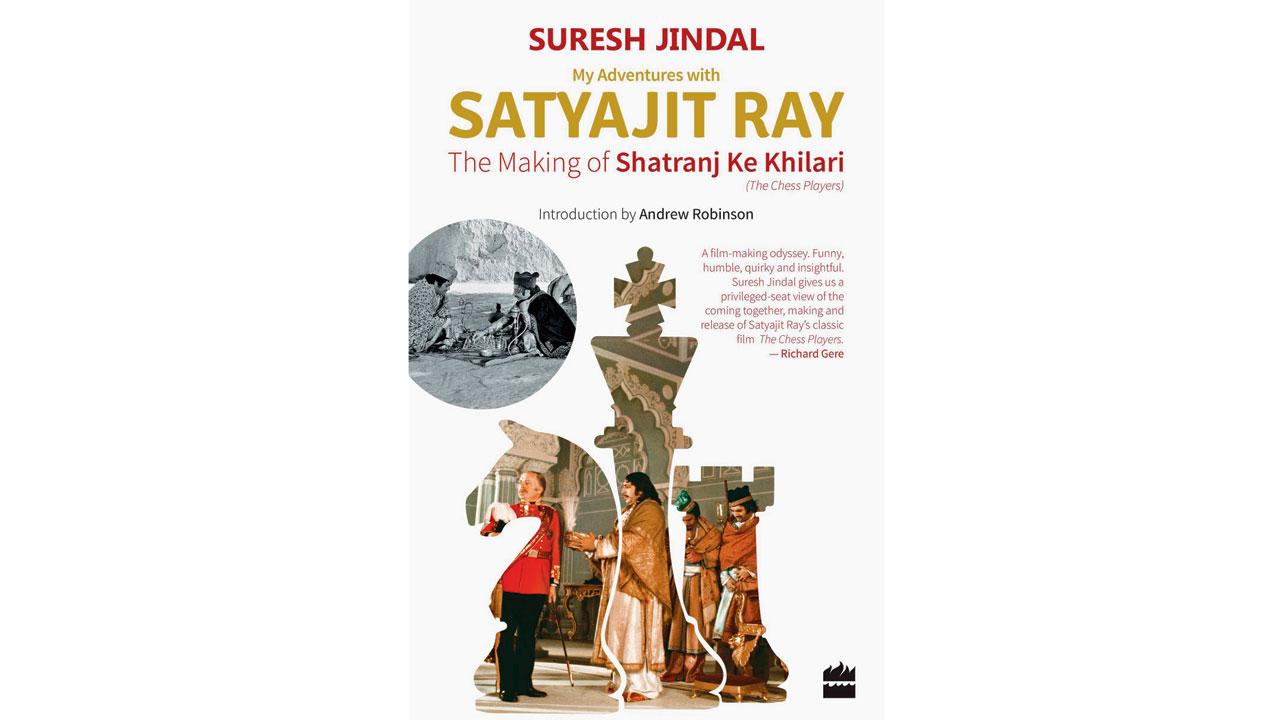 Cover of his book My Adventures with Satyajit Ray: The Making of Shatranj Ke Khilari

They clearly had Ray’s ears. Pissed with this alleged discrimination, Ray eventually gave Jindal a solid dressing-down in person, although in private. Upset, perhaps feeling humiliated, Jindal nearly walked out of his own film. Is movies the only industry where, depending on power equations, the employer needn’t be the boss?

There were letters back and forth with Ray, that Jindal later published as a book, My Adventures with Satyajit Ray: The Making of Shatranj ke Khilari (2017). It was while reading it that I figured that an unlikely 34-year-old had become the producer of India’s greatest filmmaker’s first colour, plus Hindi, plus, by far, his most ambitiously budgeted film—thanks firstly to the Bollywood actor-director, Tinnu Anand, who’d been Ray’s assistant for half a decade.

How’s that? Anand tells me he bumped into Jindal through a common friend, when this smart, ambitious US-returned film buff, was “terribly troubled”. He’d produced his first film, Rajnigandha, with Basu Chatterjee as director, and a practically debutant cast.

Only that Chatterjee had himself turned producer for his following production, and he had no time to spare for the sound-mixing of Rajnigandha—causing further delays on the release, and indeed Jindal’s return on investment. Anand helped Jindal out with capturing ambient sounds of Bombay for the movie, and finishing off the final mix. 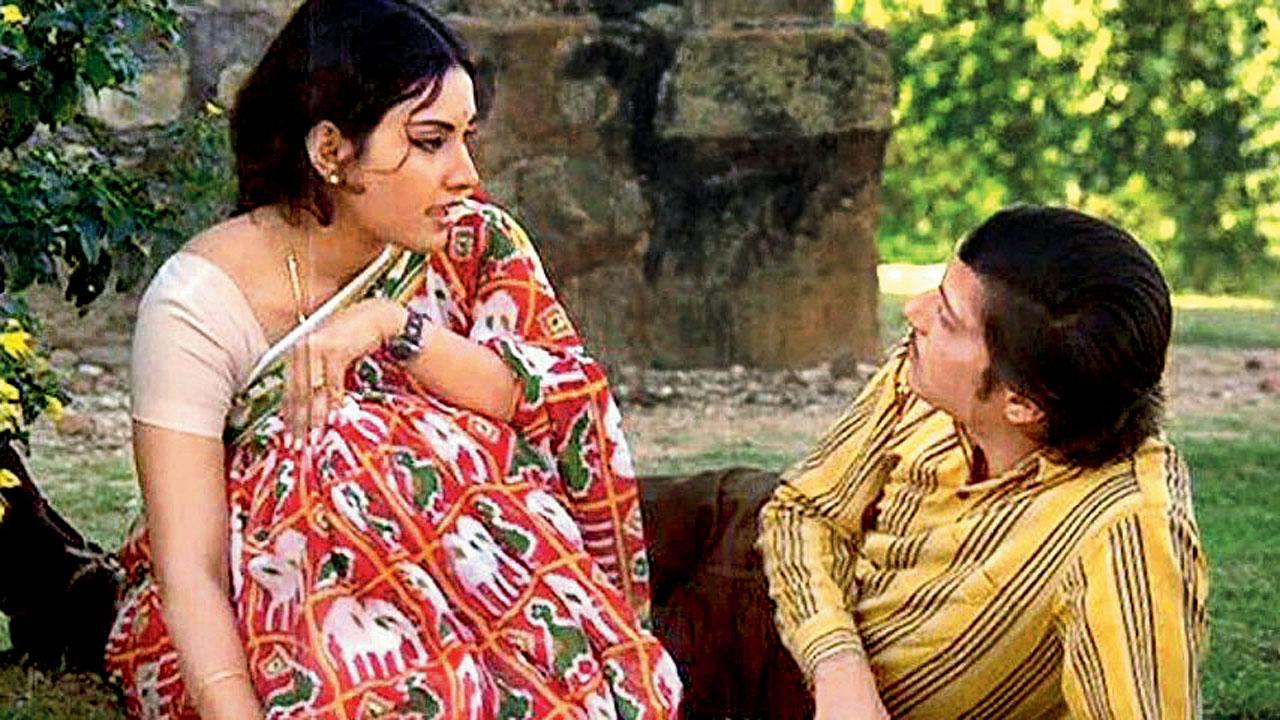 A still from Rajnigandha. Pics/Twitter

Anand feels Chatterjee, or any director making films of a certain type—“I hate the words, parallel cinema”—would be beyond lucky to land up with someone like Jindal then; opening up the moneybag, for whatever story the filmmaker wants to tell!

They do sound like proud/good parents, fulfilling their child’s dreams, isn’t it? Putting their personal time and savings into mid/low budget indies, where economically, the expected profits actually aren’t high, and the risks way higher still. Each picture is a start-up from scratch.

Conversely, Jindal himself got lucky to land with Rajnigandha (1974)—so equally loved at the box office and in conversational spaces that it was the first movie at Filmfare to win both the Best Film (Popular) and Best Film (Critics) awards.

Which is really what Jindal was aspiring for—as a young producer, with his love for intelligent, commercial art, off the main mart. “If that’s the case,” Anand told him, “Why don’t you just bloody invest on Ray?”

He took Jindal over to Calcutta to meet the Renaissance Man, who was also coincidentally nursing an idea for a non-Bengali feature, based on Premchand’s short story, SKK. The other film that Ray made on a Premchand story was a short, Sadgati (1981), produced by state-television, Doordarshan. His debut Pather Panchali itself was partly funded by West Bengal government.

SKK, a period piece, was going to be staggeringly scaled up, of course. Jindal put his money, where his mouth, sipping whisky, was. He worked on the backend/logistics/casting, down to enough first-hand research, that could “produce a PhD [thesis]”. Ray, by now a global don, could attract whatever cast/talents he preferred from Bombay for his Hindi film debut.

The distributors were in too. But they were out, soon as the movie was ready. It’s not the film they had imagined and betted on. Jindal temporarily ran into major debt, having also borrowed from private lenders at 50 per cent interest, quite common among film producers.

For introducing him to Ray, and if the film did get made, Anand had asked his buddy Jindal to gift him a “first-class, round-the-world trip for two”!

Jindal came good on that deal, over a decade later, when he visited Anand’s place. They’d lost touch. Jindal said, as per Buddhist philosophy, an unfulfilled promise follows you into the next birth. Having found a higher calling, he had left regular work-life to practise Buddhism, full-time, by the late ’90s, it appears.

For all the love and acclaim, SKK, sure enough, brought home a reasonable profit for Jindal. Also, he got to know Richard Attenborough, playing General James Outram in the movie, rather well. This is how he got on board as executive producer of Attenborough’s Gandhi (1982), arguably the greatest film ever made in India, and a turning point of several sorts.

So you look at what all he made happen: Ray’s SKK, Chatterjee’s Rajnigandha, Attenborough’s Gandhi, also Sai Paranjpye’s Katha (1983), among others. I first heard the name Suresh Jindal, on the day he passed way, that’s November 24, 2022.

Next Story : The good, the bad, and the bizarre of the IFFI row