Viewing Maharashtra crisis via a movie!

If you’d watched the hit Marathi film Dharmaveer in theatres in May, you could’ve predicted revolt within the Shiv Sena of June! 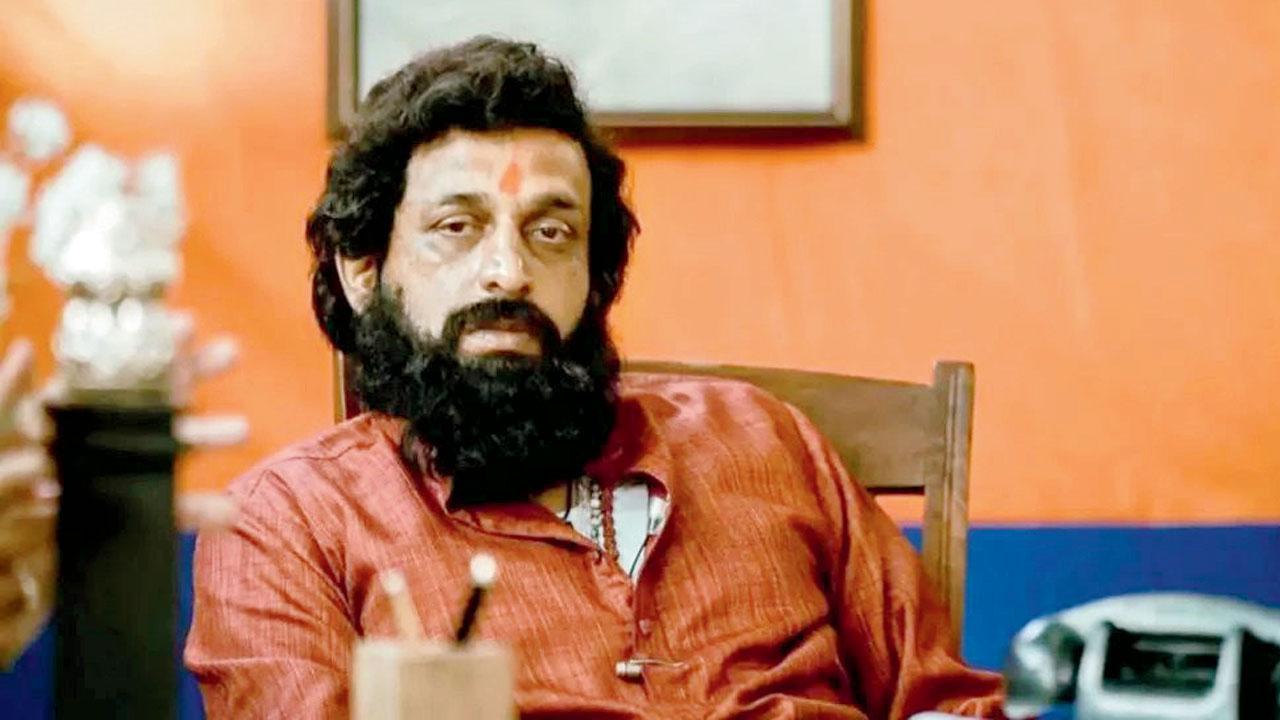 A still from the movie Dharmaveer

When Bollywood superstar Ranveer Singh’s film Jayeshbhai Jordaar opened in theatres—since not many people showed up for the first day, first show—few noticed huge crowds across Mumbai’s multiplexes, lining up instead for a picture next-door, called Dharmaveer. Looking in that direction, I was quite surprised too.

What’s Dharmaveer about? Late Shiv Sena politician Anand Dighe. Not having heard of Dighe in Thane is a lot like being clueless about who Bal Thackeray was/is in the neighbouring city, Mumbai. Yet, you can be excused for the ignorance.

For, what’s an Indian regional political party, if not centred entirely on the personality cult plus life and times of its founder—Nitish, Naveen, Lalu, Pawar, Mamata, Maya, Mulayalam…

If not, you’ll foremost know their children who take over. This kinda dynastic politics is actually quite different from even the Congress party, where the Gandhis are merely custodians of a legacy. It’s not like the Congress in its original form has ceased to exist without the Gandhis.

It’s hard to generally imagine the Shiv Sena without the Thackerays. Dighe was Balasaheb’s sworn bhakt in Thane, which is where I watched the film on his life—you can catch it now on Zee5. Under the Shiv Sena, Dighe ran a parallel court in Thane, dispensing instant justice for those without patience for ‘law to take its own course’.

That Dighe, a single man, never took up a formal position in power himself, must’ve made him all the more an attractive godfather figure. The way to approach him with a grievance, as I could understand from his biopic, is you went to his informal courtroom (Tembhi Naka Math), with an application of sorts.

That piece of paper got passed around among Dighe’s five deputies. If each assistant marked a tick (five ticks in all), then ‘Saheb’ would pursue the individual’s cause/case.

Who were these five deputies? Rajan, Shishir, Ramesh, Ravi, and Eknath, as in Eknath Shinde. Once some residents complained to Saheb about disturbing knocks on their doors over “cackling/giggling” dancing women in their neighbourhood. Saheb employed “maniacs” to curb this menace.

A young man leads a group of ‘Sainiks’ to altogether ransack/destroy a legally operating dance bar. This is how Shinde enters the (political) scene. At a thana in Thane, Dighe warns the top cop that one day he’ll “salute” the “goons” he’s nabbed. This turns true.

Dighe grants Shinde chairmanship of Thane’s municipal corporation—mainly to distract him from the grief of having lost his two children to drowning, near a dam in Tapola. Dighe himself passed on early, at 50 (in 2001), from a heart-attack while he was in hospital, post a car crash.

What must follow such a popular leader’s untimely demise? As everyone knows in Thane, Shiv Sena ran amok and completely destroyed the Smt Sunitidevi Singhania Hospital, where Dighe was being treated.

This incident, as per the film, starts with a Sena volunteer falling off the hospital building. Nobody cares for this guy. They torch the building instead, when they hear Dighe is no more.  Shinde is also part of this mob, but seen inside the hospital, protecting the dead body.

I guess people willing to go to such lengths—even arson, rioting, risking arrests and injuries—for a leader/party is what politicians call the ‘cadre’. Sena is a cadre-based party. Those in the know tell me that over time/generations, often through access to power, money, better neighbourhoods etc, Sena’s cadre had sufficiently gentrified itself to be as eager towards random acts of extreme violence.

Dighe in Dharmaveer isn’t much into mutual dialogue and lengthy speeches. He has no qualms about sending his ‘troops’ to settle issues, with an iron hand. In fact, during the 1992 communal riots, he emerges as a superhero, with a massive mob backing off only by his sight/glare.

He doesn’t just protect rioters, but actively participates in the riots. Only the police can’t do shit, because he has an alibi. There is no needless whitewashing in this propaganda pic.

Dighe goes on to become Sena’s main man in the region—of course after Thackeray, who is as good as God; but a parallel, filmic legend is firmly established.

What you observe in Dharmaveer is that Shinde is Dighe’s political heir. He wears the same long beard as his mentor. And his is the only young Sena character with any screen time at all. So much so that I was convinced that Shinde himself—Maharashtra’s PWD minister at the time—had something to do with the film’s production.

Viewed from that lens, the picture seems even more interesting. The only other Thackeray to get prominence is Balasaheb’s nephew, Raj, rather than Uddhav, who was actually the Sena boss, and head of government that Shinde was a minister in, when the film released.

While Raj, in the film, calls Dighe, “past, present and future of Sena,” Dighe in turn says, “Both Raj and Uddhav are the future.”

Only that Uddhav walks behind Raj in the frame. Uddhav’s character has absolutely not a line in the movie, that I haven’t seen such crowds for, in the longest. In June, Shinde walked away with dozens of MLAs to split the Shiv Sena. If you’d watched Dharmaveer in May, you could’ve even predicted the revolt!

Next Story : BMC, societies need to sort out garbage issue