What does a critic do?

We are often told that those who dont create, tend to criticise other creators instead. I think this is a ridiculous belief 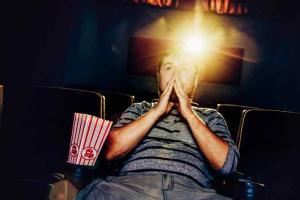 What a critic does is sometimes hard to quantify, but easy to recognise when she or he does the job well. Pic/getty images

A decade and a half ago, I worked for one of India’s most popular online portals. It has long sunk into obsolescence, so I won’t bother mentioning the name. I took the role because I looked up to the firm and believed it took journalism seriously. Cruelly, and ironically, it became the place responsible for my first break from that vocation, when I realised how shallow it was on the inside. That break stemmed from the editor’s insistence that I try my hand at being a movie critic, which I wasn’t qualified to be.

There are two relatively common schools of thought when it comes to criticism: Those who believe that one person’s opinion is as important or unimportant as anyone else’s, and those who accept that some people are more qualified to comment on some things than everyone else. I have always been a firm supporter of the latter.
I find it extremely annoying when people trot out that inane statement about critics being people who are too lazy or devoid of talent to create something themselves. Filmmakers and actors bring it up often, dismissively, to compensate for their feelings of hurt when an abysmal movie they have made is called out publicly as rubbish. It is perfectly okay for writers, actors, dancers, or filmmakers to claim that they never read what critics have to say. It is equally ludicrous to assume that critics don’t need to exist.

What a critic does is sometimes hard to quantify, but easy to recognise when she or he does the job well. Simply put, I believe they nudge the rest of us in the right direction, revealing facets of a work of art that may or may not make an impact on someone who doesn’t know what to look for. Without critics, it sometimes feels as if artists speak into a void, throwing paint onto a canvas in the hope that someone will spot the emergence of a pattern. When a tree falls in the forest, it is the role of a qualified critic to tell us about the sound we should be listening for.

My teacher, a poet who passed away three years ago, was my first critic. She gave me a reading list when I was 15, discussed what I had read when I slowly made my way through that list, then placed me on a path of discovery that I continue to walk a quarter of a century later. I think of her when I find good critics because they step into her shoes, playing that same role, introducing everyone who reads their work to new worlds and ways of looking at things. In a sense, that is pretty much the premise for English critic John Berger’s magnificent essay on art criticism, ‘Ways of Seeing’.

Critics who aren’t qualified are the ones who give the profession a bad name. These are the ones who end up being ambassadors for that first school of thought because one’s opinion really is as important as the next person’s if both people don’t know what they are talking about. The Hindi film industry is supposedly the largest on Earth but should also be called out for spawning the largest group of unqualified critics on the planet. Every third person one meets in Bombay is either a movie critic, a food critic, or a social media influencer, which makes it easy to see why the disdain exists.

I believe a critic who writes about something should study it first. This notion is often dismissed as elitist by the same people who applaud when a billionaire claims to have dropped out of school. No one is saying it can’t be done, or that great critics who don’t study their subjects haven’t existed. All I am saying is that for the quality of discourse to improve, immersing oneself in one’s area of interest can never hurt. Given the times we are living in, rife with government-sponsored propaganda, it is more important than ever to examine who is saying something, other than simply what is being said.

I began thinking about critics because we seem to be moving towards a place of acceptance without questions. We accept the art, television, cinema, and literature thrust upon us by people who believe this is what we should be consuming. By belittling critics, our faculty for independent thought and evaluation is dimmed, which is dangerous at a time when we should be asking more questions than ever, rather than less.

When he isn’t ranting about all things Mumbai, Lindsay Pereira can be almost sweet. He tweets @lindsaypereira
Send your feedback to mailbag@mid-day.com