What the Chinese saw in India

They were Faxian in the Gupta period, Hiuen Tsang or Xuanzang during the reign of Harshavardhan of Kannauj (who was a contemporary of Prophet Muhammad) and Itsing shortly thereafter 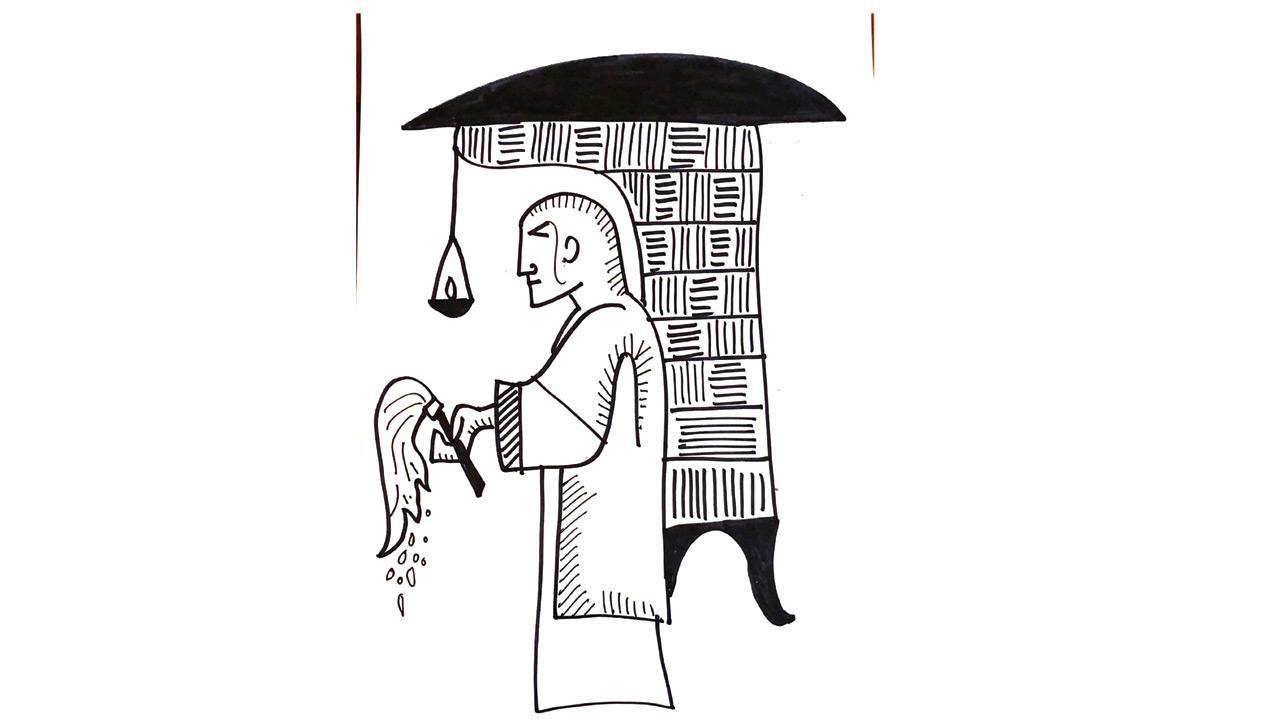 
Chinese scholars realised the Buddhism they were receiving was in diluted or corrupted form. So, many monks travelled to India by the land and sea routes to get the original documents. They translated them into the local languages. This happened between the fifth and the eighth century, over a period of 300-400 years, for certain. We have accounts of three monks that tell us the period when Indian society transitioned gradually from Buddhism towards Hinduism. They were Faxian in the Gupta period, Hiuen Tsang or Xuanzang during the reign of Harshavardhan of Kannauj (who was a contemporary of Prophet Muhammad) and Itsing shortly thereafter.

Faxian clearly documents the existence of untouchability in India. It speaks of how Indian society in general avoided alcohol and non-vegetarian food. It tells us of certain people who lived on the outskirts of the village. They had to announce their presence by beating metal sheets. Their settlements were marked by flags. They were the ones who were involved in the sale of meat. They were called Chandalas and considered to be fierce beings, who were kept at a distance.

The Chinese generally thought of Indian culture to be very chaste and harmonious. They were comparing the local elite with the Chinese elite. We learn that Indians generally ate frugally. While the earlier writers wrote about the widespread prevalence of vegetarian food, the latter writer also wrote about the consumption of non-vegetarian food. They found that China had more urban, walled settlements compared to India. India was relatively rural. The Chinese aristocrats wore silk and luxurious clothes, while Indian rulers wore one or two pieces of cotton cloth and walked barefoot. The Chinese rulers loved exotic items of food, while the Indians preferred simple fare. The Chinese rulers loved grand housing. They indulged in luxury and had an obsession with toys. In India, even the biggest palaces were only three storeys high, and the lower parts were used as warehouses. The houses were genuinely simple. We learn the tax systems in India were very simple. This was unlike the complex bureaucracy of China, which was used by the elite to give employment to their relatives.

We hear of a relatively fair judicial system. Violence was used sparingly, only in extreme cases, unlike the way it was being practised in China. Food was always shared with the ancestors and the leftovers were given to the poor and to animals. There was the practice of taking a bath before food, washing hands, before food, washing metal vessels and throwing away vessels made of leaves and earthenware. There was the practice of chewing neem sticks to maintain oral hygiene and of washing after eating food and the use of toothpicks. There is also reference to fasting as a healing technique and the use of Ayurvedic herbs. There is mention of the practice of washing the nostrils, Jal Neti, a yogic practice, almost 1,500 years ago.

The Chinese were clearly impressed by the simplicity, the relative non-violence and decency they found in India, unlike the highly aristocratic lifestyle in China. No wonder they named the land in the West, the place where the Buddha lived, as Sukhavati or the land of joy.

Next Story : The surgical imbalance