Where life is sacred—only until birth

The US Supreme Court pushed America back into its past by declaring abortion to be unconstitutional. You might think American politicians really care for life and children 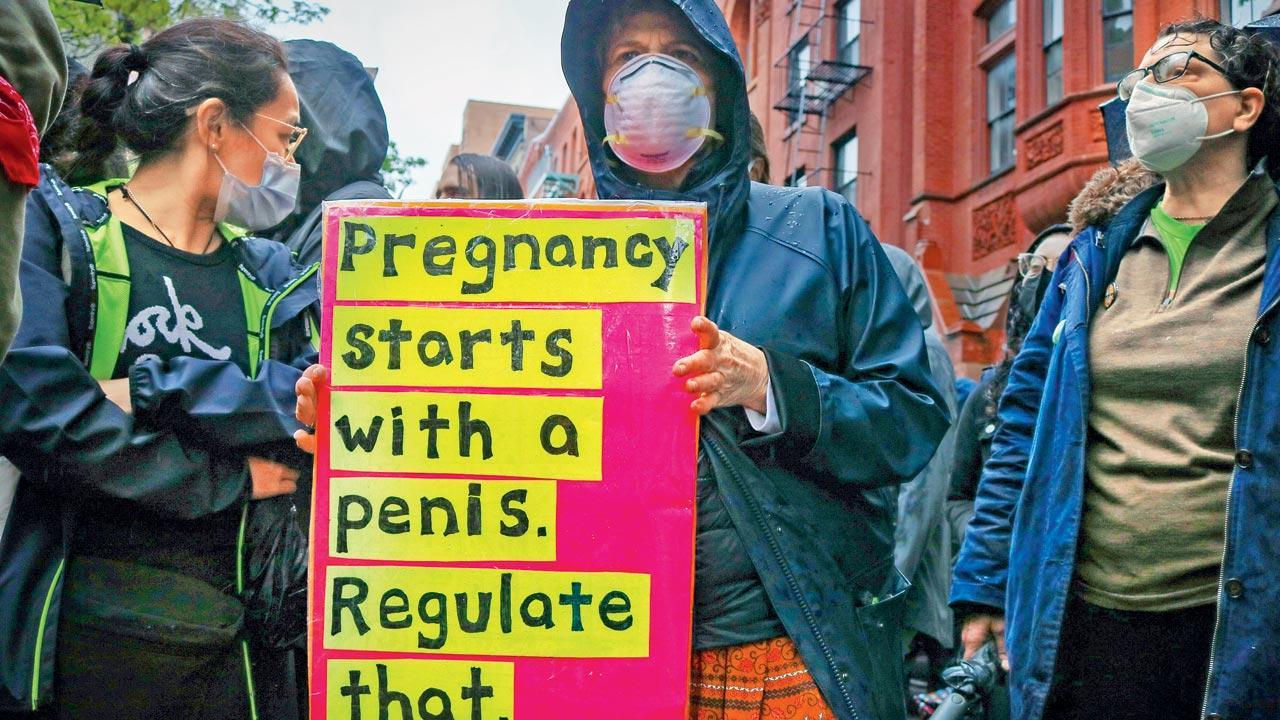 The word abortion, the court argued, was not mentioned in the US Constitution and hence could not be considered a right

Something stunning happened five days ago in the country that describes itself as the world’s beacon of democracy, upholder of human rights, champion of the downtrodden and defender of life, liberty and the pursuit of happiness.

The Supreme Court of the USA decided that a pregnant woman must give birth to the child she is carrying whether she wants to or not. The American woman’s body is now a state subject.

For many, America fell from grace in that moment when a sanctimonious panel of its Supreme Court justices rode rough-shod over 50 years of legal precedent that protected women who were not ready for the children they carried. The word abortion, the court argued, was not mentioned in the US Constitution and hence could not be considered a right.

Like many other things, abortion is a binary in the USA. You either hold a foetus to be sacred, with a right to be born (pro-life) or you believe that women have a right to make their own reproductive decisions (pro-choice).

There, at the intersection of biology, religion and ethics, is a grey area where no one can quite agree when exactly a foetus becomes an ensouled human with a constitutional right to life. Yet science tells us that at the precise moment when a sperm fuses with an ovum to start a new little bundle of joy, that embryo has the full genetic sequences of the adult human it will become. Killing an embryo, say anti-abortionists, is murder, no matter how old it is.

Let’s say they’re right. Let’s say that life is sublimely precious and that every foetus is a glowing package of divinely bestowed promise and potential. Let’s agree with the pro-life half of America which believes this. Let’s say the American senators who want to ban abortion believe in this god-given sanctity of life.
Let’s even assume they believe in some corner of their soul that children are precious and must be cherished from the moment they are conceived.
Here are a few questions for them about human life.

In the past 23 years, an estimated 3,11,000 American children have looked death in the eye in their classrooms. Since 1970, there have been 2,032 school shootings in the USA. Every day, 12 children die of gun violence there. For 26 years, American politicians have responded only by tweeting: Our thoughts and prayers are with you.

Question: Is life precious only until birth?
The Iraq Body Count project records that between 2003 and 2011, US coalition forces killed at least 1,201 children in Iraq alone. Another NGO, airwars.org, estimates that attacks by the US and its allies in Iraq and Syria have killed at least 1,239 civilians, including an unknown number of children.
Vietnam war. US forces killed around 1,82,000 Vietnamese civilians, 84,000 of them children. Vietnam claims nearly 4,00,000 people were killed or maimed when the US sprayed 18.2 million gallons of the deadly Agent Orange over southern Vietnam fields. Nearly 5,00,000 children have reportedly been born with severe birth defects for two generations.

Question: Is a child’s life precious only if it is American?
There is a certain hypocritical piety to pro-lifers’ claim to cherish human life. The same voices that rise to protect unborn foetuses from their ‘murderous’ abortion-seeking mothers having nothing to say of children killed in American schools, in wars in other countries, of crushing poverty and malnutrition—after they are born.
Pro-lifers don’t seem to have much to say about the murder of living children.

Looking inward—I generally find few reasons these days to laud my own country as I watch it slide into bigotry, misogyny, corporate greed and arrogance. But India and abortion is another thing entirely.

Before 1970, abortion in India was a crime punishable by up to seven years in jail for the mother. But no law can stop sexual intercourse, and untold numbers of women were dying after undergoing dangerous ‘coat-hanger’ abortions in back-alley clinics. The government set up a commission; a legal framework was proposed for an abortion law.

The result was the Medical Termination of Pregnancy Act, passed in 1971. As a female in India, you might fear walking urban streets at night and hurry past the lewd stares of loitering men but you will never be forced to mother a child against your will.

Abortion in India is now legal up to 24 weeks into the pregnancy. It is safe, private and reliable, though perhaps not as accessible as it could be for poorer people. There is no shame to it. It is inexpensive (as little as Rs 1,500 for a medical abortion), modern and quick. It is 100 per cent covered by the government’s Ayushman Bharat insurance and Employees’ State Insurance.

India got this one right. They’ve had it right for over half a century now.

Next Story : Must fix issues on Borivli flyover at the earliest