The sitting chief minister was rewarded for his assured leadership through a cyclone, two floods, and two Coronavirus outbreaks 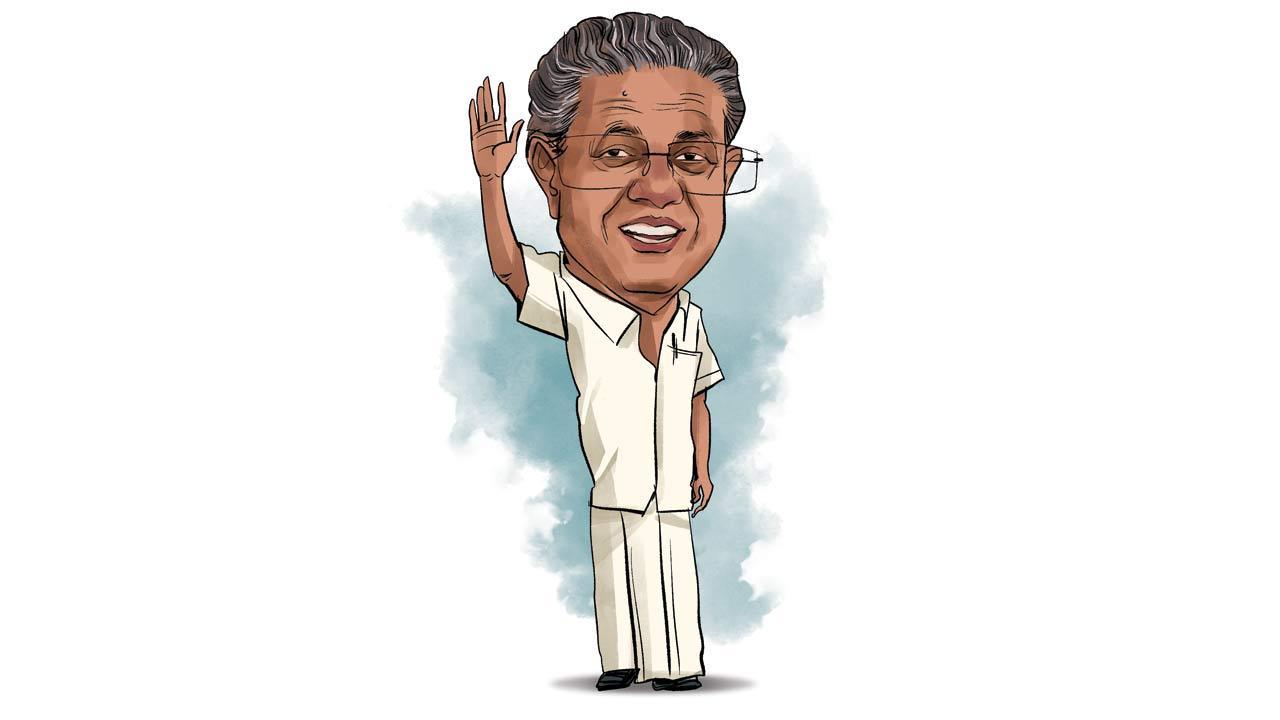 
On the evening of May 1 as Kerala Chief Minister Pinarayi Vijayan was ending his routine daily press meet, a journalist asked whether they would be speaking to the same CM the next day on the latest COVID-19 numbers. A smiling Pinarayi replied, “No doubt about that. Let the counting get over tomorrow. We can talk on Monday and in the days to come.”

This was the confidence that Pinarayi Vijayan and his party members exuded throughout the campaign for the state Assembly elections, and perhaps why they chose the slogan, ‘Urappanu LDF’. Translating to ‘For sure, LDF’, the slogan was reminiscent of BJP’s ‘India shining’ campaign in 2004. But while the BJP’s excessive confidence backfired, it did not do so for the CPI(M) — the party has managed to create history, becoming the first ever front to be re-elected in Kerala after 1977.

What makes the LDF’s victory spectacular is that despite a face-off against two fronts — the Congress-led UDF and the BJP-led NDA — not only has it managed to win, but has secured more seats than it did in 2016.

The last five years have not been easy for the people of Kerala and the state government. There was Cyclone Ockhi in 2017 that killed over 50 people; the Nipah virus outbreak in 2018; the once-in-a-century flood in 2018, followed by more floods in 2019; and then the COVID-19 pandemic from 2020.

But through all these calamities, the calm and firm leadership of the LDF — with Health Minister KK Shailaja and Chief Minister Pinarayi Vijayan leading from the front — stood out. The LDF’s campaign, unsurprisingly, was centred around Pinarayi, telling Keralites they need continuity and firm leadership.

The running joke in Kerala is that the most watched prime time event is not any soap but the chief minister’s daily press meet which keeps people informed about the pandemic. That KK Shailaja teacher, the incumbent health minister, won with the highest ever margin in any Kerala assembly election is another testament of how well people accepted the leadership.

Announcing relief packages for people, COVID-10 ration kits to all homes, monetary help to several sections of society — the Pinarayi government was prompt with its reactions. Though one can find holes in the way many schemes were implemented, there was never a doubt in the minds of the people about the government’s intentions.

However, it isn’t just the way the government responded to crises that has enabled this victory, there has been a clear consolidation of votes against the BJP, communalism and even the soft Hindutva politics played by the Congress.

Pinarayi’s unwavering stand that he would oppose the BJP and its decisions like the National Register of Citizens (NRC) and the Citizenship Amendment Act (CAA) made many secular Keralites ally with him. With the Indian Union Muslim League being part of its coalition for decades, the Congress used to retain a chunk of the Muslim votes. Though in the Lok Sabha elections, Kerala voted overwhelmingly for the Congress, the party started sending mixed signals soon after, casting doubts on its secular credentials. The BJP and the Congress in Kerala spoke the same language on the Sabarimala women’s entry issue, with both claiming Hindu beliefs were under attack and promising a law to protect the traditions of the temple.

The LDF’s term has been marred by controversies and scams, especially in the last one and a half years — including the Sprinklr case, the gold smuggling case and the deep-sea fishing case. Though Opposition leader Ramesh Chennithala relentlessly highlighted many of these problems, and even forced the government to withdraw some of its decisions, the Congress lacked a popular face that people trusted.

Though Rahul Gandhi’s campaign did create headlines, it was not enough to create a dent. Looking at the results, factionalism in the Congress will increase, questions over leadership will sharpen and the loss in Kerala will diminish the Congress significantly. There is apprehension that staying out of power for five more years may result in many drifting to the BJP.

For the BJP, Kerala has proven to be an impenetrable fortress. As soon as it was evident that the BJP will not win a single seat and will end up losing the only seat they had, a clip started doing the rounds on messaging platforms and social media. It was from a press meet in which Pinarayi Vijayan said, “BJP opened its account, we will close it this time.”

None of Amit Shah’s machinations have worked in Kerala and neighbouring Tamil Nadu, where the national party has won just four seats. The BJP’s politics around temples and Hindus did not work in a state where the ruling party was speaking the language of inclusiveness, development and surviving the pandemic.

The LDF government wasn’t perfect — no government is — but as the country faces the double threat of a pandemic and pandering to communal elements, the Pinarayi Vijayan government showed that leadership that will stand up to both will win.

Dhanya Rajendran is the founder and editor-in-chief of The News Minute. She tweets @dhanyarajendran