Your head in your hands

For the prosthetics session, I wore a cape over my clothes 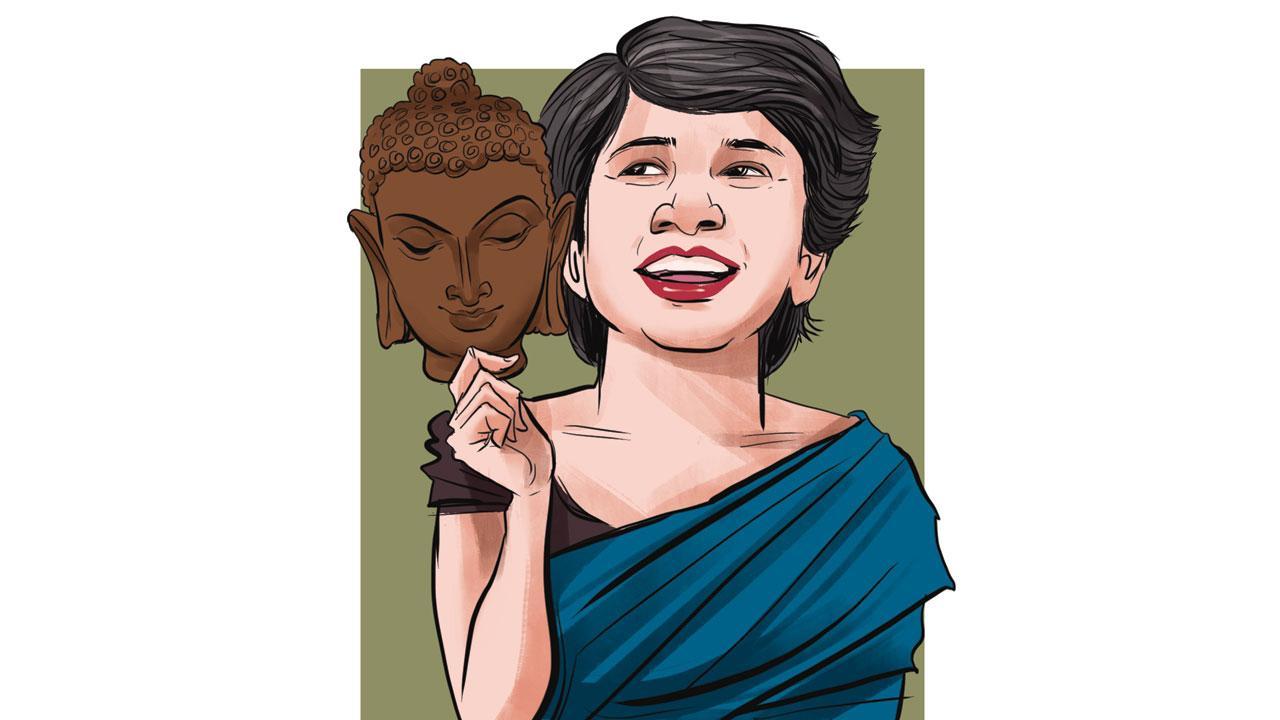 Have you ever held your head in your hands? Uff, it’s a really weird feeling. You see yourself with new eyes, and have an ah-is-that-really-me feeling. And a fake hint of immortality, even if it is only a latexy model of your head. It reminded me of the model of Rajinikanth’s head that director S Shankar had once shown me in his Chennai office, while making Enthiran (Robot, 2010)—an all-white, expressionless head. All this was during a prosthetics session, after I got cast for a role in a web series earlier this year. I can’t reveal much, and even though it’s a bit part, I’m already richer for the experience.

After a casting agent contacted me to cast for a gutsy woman with short hair, I met the director saab over a coffee on Yari Road. Soon after, I did a prosthetics session. When will they do the auditions, I asked naively. Arre madam, you are already confirmed, an assistant giggled. It turns out the coffee session was the audition. “Give me an Arundhati Roy look,” director saab said at the photo shoot. How does one look effortlessly intellectual? “Read this book with your knees crossed,” he explained. I see, OK.

For the prosthetics session, I wore a cape over my clothes. They stretched a thin latexy layer to cover my hair. They dabbed Vaseline on my face, so it would be easier to take the mask off later. They applied a thick yellow goo—an alginate paste—covering my entire head and ears, leaving only two small holes at my nostrils to breathe. With my eyes and ears sealed off, I could not see, hear or feel anything around my head any more, I only saw the process later on photos and videos. Next they applied a layer of pink goo, and sealed everything again with multiple white Plaster of Paris bandages. We waited half an hour for it all to set, before they removed the solidified head mask. The entire process took about two hours, but it seemed like eternity.

The prosthetics session was a transformative experience. I imagine it is sort of like Vipassana, where you mentally focus only on your breath. Here all my main senses—sight, hearing and touch around the head—were artificially blocked off, so I fell into a deeply meditative trance, and felt I had entered a dark, silent, cold, cosmic void. The moment my ears were closed, my own breathing resonated so loudly within my ears, that I had to take deep breaths, so my breathing grew softer. I panicked slightly when they struggled to take the mask off, but only briefly—I couldn’t hear their instructions, and my own words died in my sealed mouth with no way to escape either. Later, on the video, I was horrified to see how suffocating and ghoulish the mask looked externally, and the spiky knife and stab cuts they used to get the solidified mask off, but I was blissfully clueless.

Finally, when the mask came off and I opened my eyes, the light seemed to stab my pupils. I was most impressed by the cast they made of my face—it radiated a meditative calm that I don’t naturally possess, being more of an enthu cutlet by nature. The eyes had an expression of meditative inwardness, which you see in a far more exalted form in statues of the Buddha. The prosthetics team said they were most impressed by my patience, lack of complaint and panic, and said they never had a sitter like me. On the contrary, I had to thank them. I had touched infinity. If only for half-an-hour.

Next Story : The surgical celebration