Jackson is now a US based correspondent for TickerTV and gives live updates on the air throughout the week. 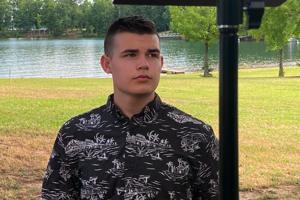 
Jackson Gosnell, a teenager from South Carolina is a journalist who has picked up a lot of traction recently. Jackson, who is only in high school, has really focused on reporting the news these past few years. In his free time, you can catch Jackson in a tv studio, working on a new project. His favorite type of work is investigative reporting.

His following has increased substantially because of some exclusive interviews with high profile officials like the White House press secretary, Kayleigh McEnany. Jackson partnered with his friend Coleman of Gaston Talks to attend a Trump campaign event where the interview with McEnany took place. Jackson also goes to press conferences with Governors, Senators and other public officials.When asked, Jackson says the key to success is having drive and determination. “If you don't ask you may never know” says Jackson. After becoming well-known across his state and country, TickerTV an Australian streaming network took note and started working with him.

Jackson is now a US based correspondent for TickerTV and gives live updates on the air throughout the week. Other media professionals are proud of the work Jackson is doing. One of his most recent stories was about how back to school will look during a pandemic.
The story featured interviews with school officials, parents, students and community members. The report reached thousands and still does to this day. Jackson says social media can be so powerful. “Most people don't watch the news anymore; they look at Instagram or Facebook” says Jackson. Fans say they can't wait to see what he will do next! Follow him to keep up