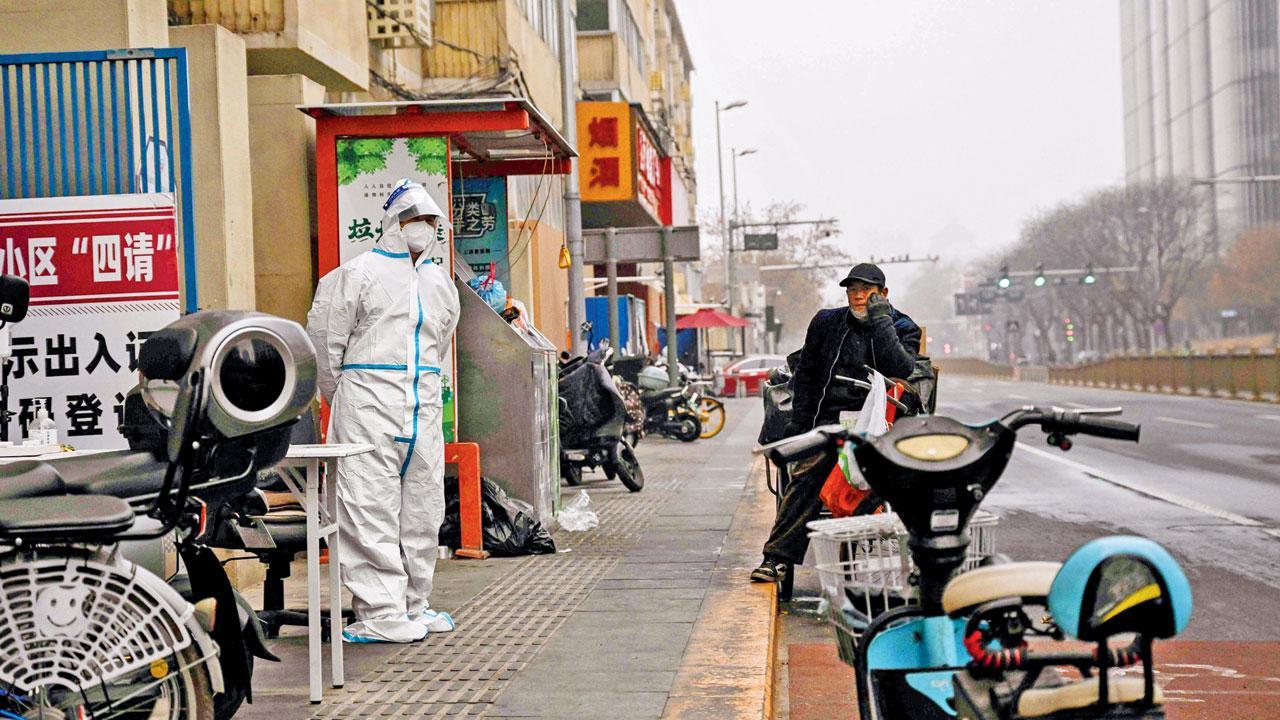 A health worker guards the entrance of a residential block due to Covid-19 restrictions in Beijing. Pic/AFP


Authorities in China’s western Xinjiang region opened up some neighbourhoods in the capital of Urumqi on Saturday after residents held extraordinary late-night demonstrations against the city’s draconian “zero-Covid” lockdown that had lasted more than three months.

The displays of public defiance were fanned by anger over a fire in an apartment compound that had killed 10, according to the official death toll, as emergency workers took three hours to extinguish the blaze—a delay many attributed to obstacles caused by anti-virus measures. The demonstrations, as well as public anger online, are the latest signs of building frustration with China’s intense approach to controlling Covid-19. It’s the only major country in the world that still is fighting the pandemic through mass testing and lockdowns.

During Xinjiang’s lockdown, some residents elsewhere in the city have had their doors chained physically shut, including one who spoke to The Associated Press who declined to be named for fear of retribution. Many in Urumqi believe such brute-force tactics may have prevented residents from escaping in Friday’s fire and that the official death toll was an undercount.

Officials denied the accusations, saying there were no barricades in the building and that residents were permitted to leave. Anger boiled over after Urumqi city officials held a press conference about the fire in which they appeared to shift responsibility for the deaths onto the apartment tower’s residents to surmise that residents could not escape in time because the building was partially locked down.

Meanwhile, China has recorded 34,909 daily local cases, low by global standards but the third record in a row, with infections spreading to numerous cities, prompting widespread lockdowns and other curbs on movement and business.