‘Any attack on a nuclear plant is a suicidal thing’

“Any attack (on) a nuclear plant is a suicidal thing,” Guterres told a news conference in Japan, where he attended the Hiroshima Peace Memorial Ceremony on Saturday to commemorate the 77th anniversary of the world’s first atomic bombing 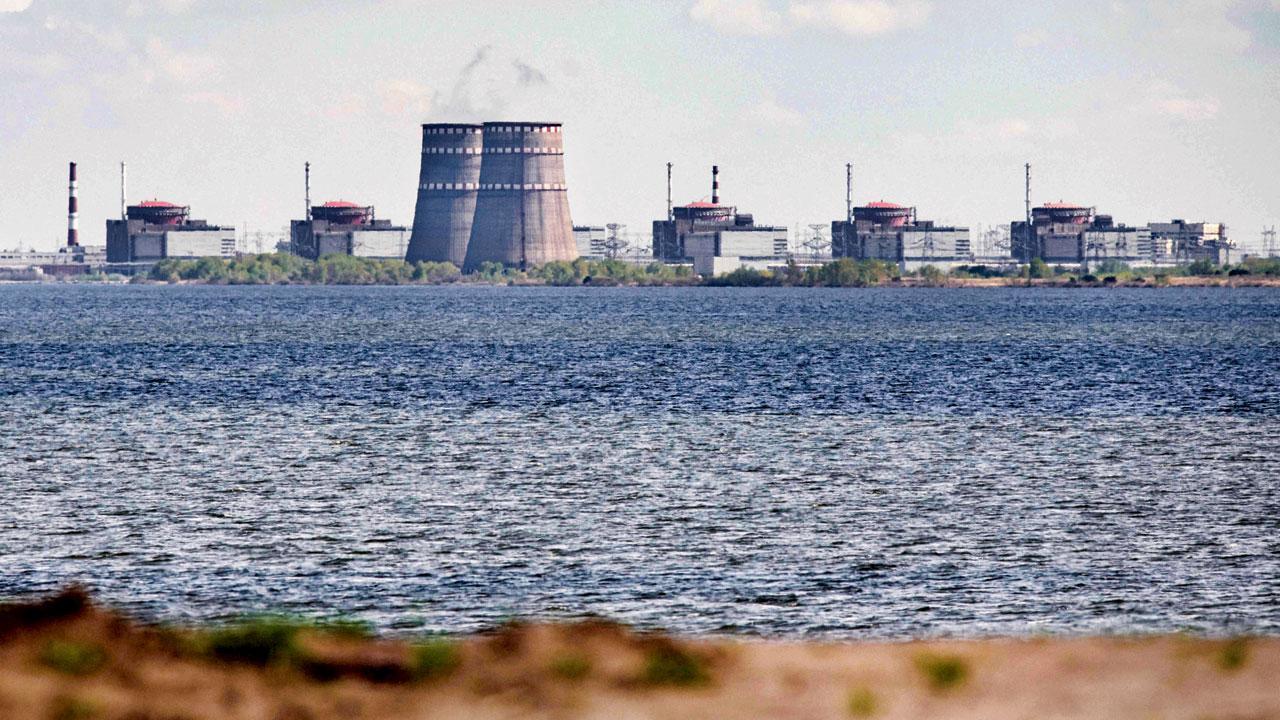 A file pic of the Zaporizhzhia nuclear power plant, situated in the Russian-controlled area of Enerhodar. Pic/AFP


U.N. Secretary-General Antonio Guterres called on Monday for international inspectors to be given access to the Zaporizhzhia nuclear plant after Ukraine and Russia traded accusations over the shelling of Europe’s largest atomic plant at the weekend.

“Any attack (on) a nuclear plant is a suicidal thing,” Guterres told a news conference in Japan, where he attended the Hiroshima Peace Memorial Ceremony on Saturday to commemorate the 77th anniversary of the world’s first atomic bombing.

Russian forces captured the Zaporizhzhia nuclear reactor complex in southeastern Ukraine in early March, shortly after Moscow’s invasion of its neighbour, but it is still run by Ukrainian technicians. Ukraine accused Russia of responsibility for renewed shelling on Saturday that had damaged three radiation sensors and injured a worker at the plant in what was the second hit in consecutive days on the site.

The head of Ukraine’s state nuclear power company Energoatom called on Monday for the Zaporizhzhia nuclear power plant to be made a military-free zone, warning of the risk of a Chernobyl-style nuclear disaster after the site was hit by shelling.

The region’s Russian-installed authority said Ukrainian forces hit the site with a multiple rocket launcher, damaging administrative buildings and an area near a storage facility. The Russian Embassy in Washington also itemised the damage, saying artillery fire from “Ukrainian nationalists” damaged two high-voltage power lines and a water pipeline, but critical infrastructure was not affected. Guterres said the International Atomic Energy Agency (IAEA) needed access to the plant. “This is the moment … to ask the nuclear-armed countries to commit to the principle of non-first-use and to commit to not use and not threaten the non-nuclear countries,” Guterres said.

“I think that nobody, nobody can accept the idea that a new nuclear war would happen. This will be the destruction of the planet,” Guterres said. “What is clear is if nobody uses for the first time then there will be no nuclear war."