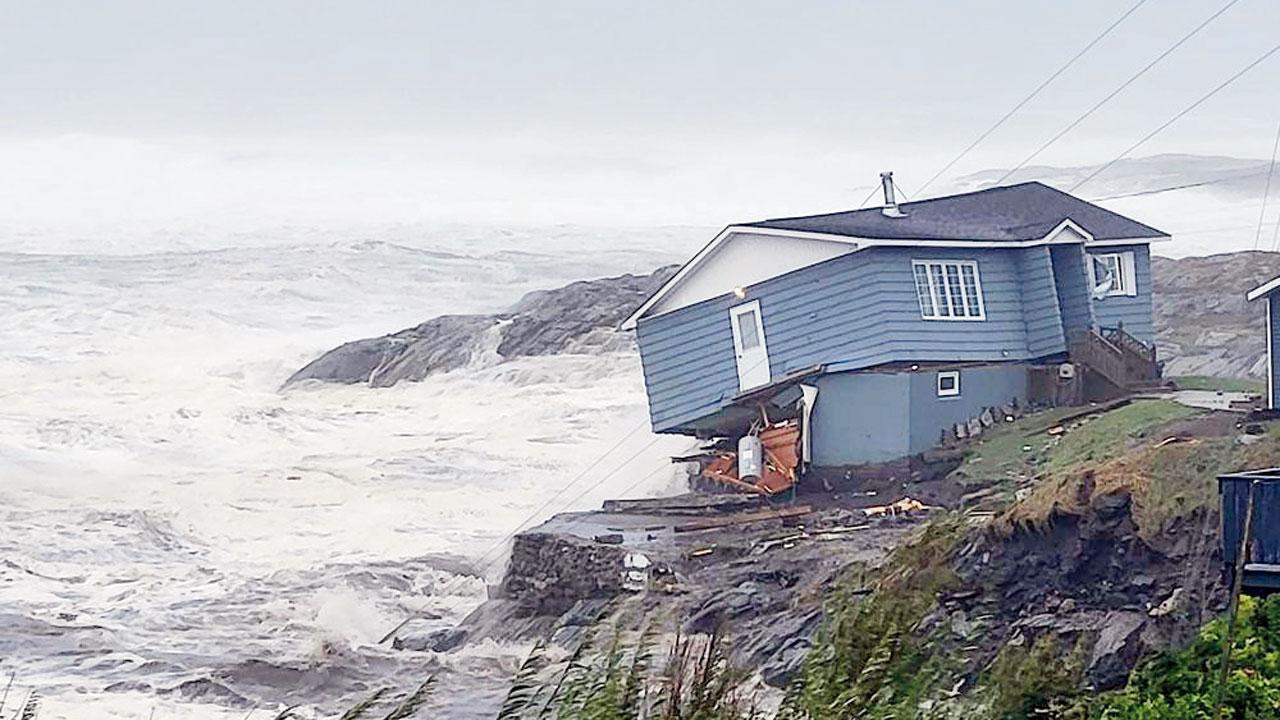 A home fights against high winds caused by post Tropical Storm Fiona in Port aux Basques, Newfoundland and Labrador, Saturday. The home has since been lost at sea. Pic/AP


After powerful storm Fiona left a trail of destruction in Canada’s east coast on Saturday, the focus shifted to massive clean-up efforts, damage assessment and restoration of power and telecom services as officials warned of a long road to recovery.

The historic storm slammed into eastern Canada with hurricane-force winds, forcing evacuations, uprooting trees and powerlines, and reducing many homes to “just a pile of rubble.” The Canadian Hurricane Centre estimated that Fiona was the lowest pressured land falling storm on record in Canada.

Prime Minister Justin Trudeau said Canadian armed forces will be deployed to help with the clean-up, adding that Fiona caused significant damage and recovery will require a big effort. There were no serious injuries or deaths, which government officials said was a result of residents paying heed to the repeated warnings.

Still, thousands of residents across Nova Scotia, Prince Edward Island (PEI) and Newfoundland were without power and government officials pleaded with residents for patience. They warned that in some cases it would take weeks before essential services are fully restored.

Storm Ian to be hurricane

A typhoon, Noru, gained strength as it approached the Philippines on Sunday, forcing thousands of people from their homes in coastal communities.