The new drills come less than a fortnight after Beijing launched unprecedented war games in retaliation to US House Speaker Pelosi's visit to Taiwan, sparking fears of a Chinese invasion of the breakaway island 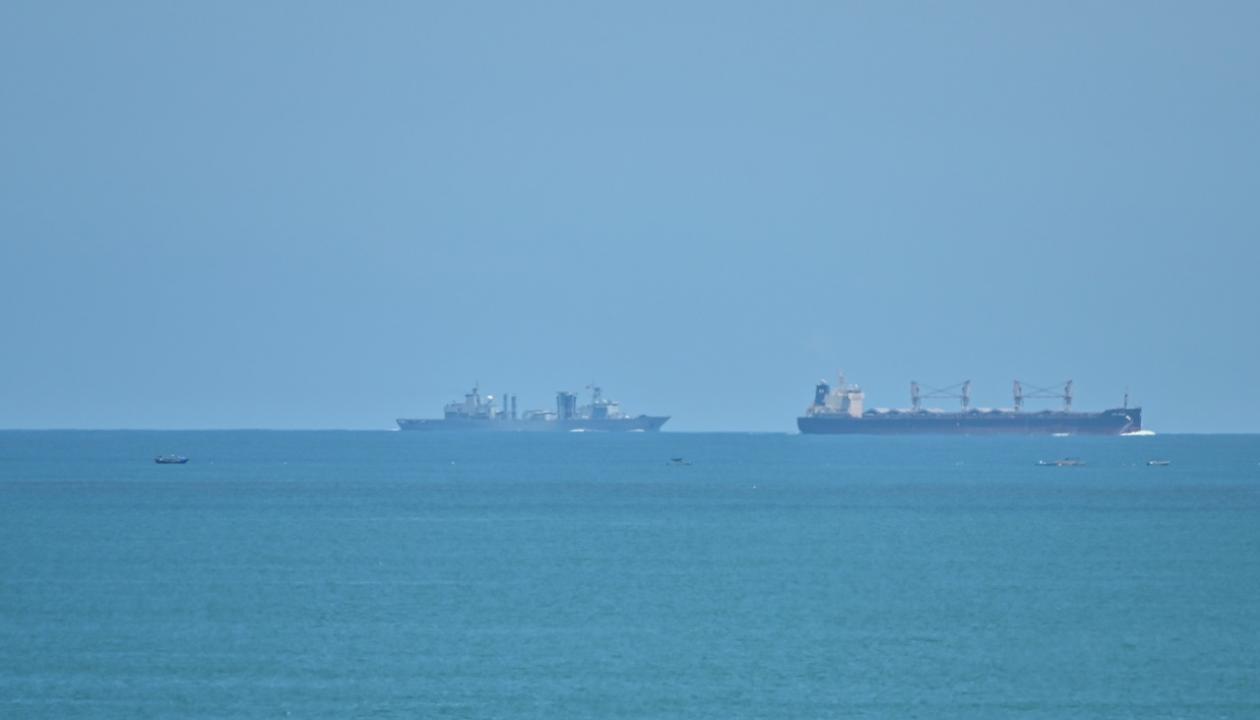 A Chinese military vessel (L) sails off Pingtan island, one of mainland China's closest point from Taiwan, in Fujian province on August 5. Pic/AFP


China resorted to more high-intensity military drills around Taiwan on Monday as one more American Congressional delegation visited the self-ruled Island claimed by Beijing, challenging its 'one China' policy.

The new drills come less than a fortnight after Beijing launched unprecedented war games in retaliation to US House Speaker Pelosi's visit to Taiwan, sparking fears of a Chinese invasion of the breakaway island.

The US Congressional delegation led by Massachusetts Democratic Senator Ed Markey arrived in Taipei on an unannounced two-day visit on Sunday, close on the heels of Pelosi's visit on August 2, the highest-level visit by US official in 25 years, which riled Beijing.

The five-member delegation is visiting the self-governing island to "reaffirm the United States' support for Taiwan" and "will encourage stability and peace across the Taiwan Strait," a spokesperson for Markey said in a statement.

In response to Pelosi's visit, China held its biggest military drills in the busy Taiwan Strait from August 4 to 10.

On Monday, China announced yet another round of military drills in retaliation to the visit by another US delegation.

Senior Colonel Shi Yi, the spokesperson for the Eastern Theater Command of the Chinese People's Liberation Army (PLA), said that his Command has organised joint combat-readiness security patrol and combat training exercises involving troops of multiple services and arms in waters and airspace around Taiwan Island on Monday.

According to Shi, this is a solemn deterrent to the United States and the Taiwan authorities, which have repeatedly played political tricks and undermined peace and stability in the Taiwan Straits, a PLA press release said.

The troops' Command will take all necessary measures to firmly safeguard China's national sovereignty and the peace and stability in the Taiwan Straits, it said.

The group led by Markey met with Taiwan's President Tsai Ing-wen on Monday.

Reacting to the US Congressional delegation, Chinese Foreign Ministry spokesman Wang Wenbin told a media briefing that it is a gross violation of the 'one China' policy.

A handful of US politicians are "colluding" with Taiwan separatist forces and attempting to challenge the 'one China' principle.

"They are overestimating themselves and doomed to fail," he said.

The US delegation members will also meet Foreign Minister Joseph Wu during the visit, and will also hold discussions with the Taiwanese parliament's Foreign Affairs and National Defense committee on security and trade issues, Taiwan's Ministry of Foreign Affairs said.

The Taiwanese foreign ministry added that it sincerely welcomed the delegation, and thanked them for demonstrating the US' strong support toward Taiwan despite escalating tensions with Beijing.

Markey's spokesperson said the delegation "will meet with elected leaders and members of the private sector to discuss shared interests including reducing tensions in the Taiwan Strait and expanding economic cooperation, including investments in semiconductors."

On Sunday, the Taiwanese Defence Ministry tweeted that 6 People's Liberation Army Navy (PLAN) vessels and 22 PLA aircraft around Taiwan's surrounding region were detected and its armed forces have monitored the situation and responded to these activities with aircraft, naval vessels, and land-based missile systems.