The People's Liberation Army (PLA) Eastern Theatre Command, which oversees Taiwan, said on Monday it would continue drills in waters near Taiwan island, focusing on anti-submarine and air-to-ship strikes 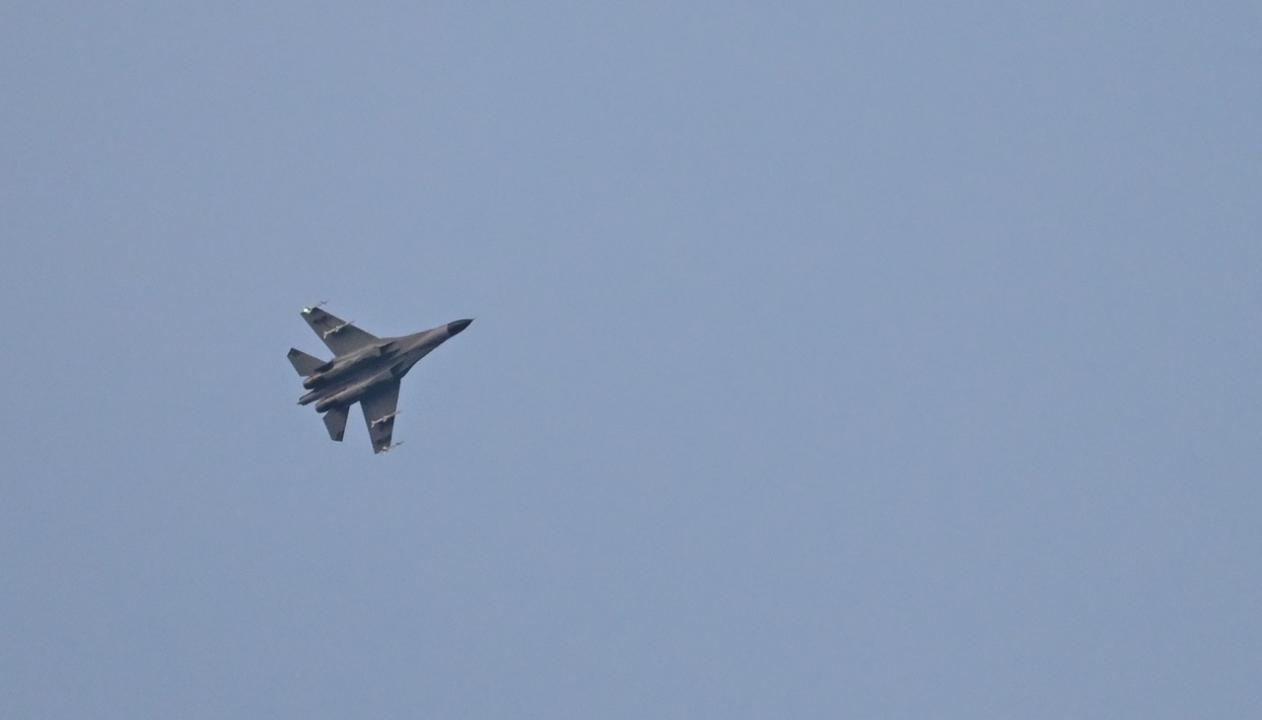 
China on Monday continued its unprecedented military drills around Taiwan, extending the schedule of war games launched in retaliation to the visit by US House Speaker Nancy Pelosi to the breakaway island which Beijing claims is part of its territory.

The PLA conducted joint drills involving all wings of its armed forces in six areas around the island from August 4 to 7.

The PLA's latest announcement notice did not specify the location of the exercises nor did it mention when they would end.

The PLA on Sunday proceeded with the plan and continued realistic combat-scenario joint exercises in the sea and air space around the island of Taiwan practicing island capturing drills and bomber deterrence flights in Taiwan Strait, a rehearsal for real operation, state-run Global Times reported on Sunday.

The PLA Command in a late last night press release said its forces continued its joint combat training exercises as scheduled on Sunday in the waters and airspace around the Taiwan island.

Multiple bomber formations flew across the Taiwan Strait from north to south and from south to north, while several fighter jets conducted joint drills with destroyers and frigates.

The operation has tested the tactics of systems warfare under information-based conditions, and honed and improved the capabilities to destroy crucial island targets with precision strikes, Zhang Zhi, an air force officer of the PLA Eastern Theatre Command, said according to the report.

While there is no official announcement here on ending the drills, reports said the PLA is reviewing the impact of the unprecedented war games involving all wings of its military as questions remained about its next move, heightening Beijing's dilemma over the future course of action.

In the last four days, the Chinese military flew hundreds of planes, drones and fired missiles with different ranges which Taiwan termed as simulated attacks and appealed for international help.

China also suspended a range of defence and military exchanges with the US besides imposing sanctions on Pelosi as part of a slew of countermeasures to protest against her trip to Taipei on Tuesday and Wednesday that infuriated Beijing, which saw it as a violation of the one-China policy.

China claims Taiwan as part of its territory and has threatened to annex it by force if necessary. The two sides split in 1949 after a civil war, but Beijing considers visits to Taiwan by foreign officials as recognising its sovereignty.

Taiwan's Ministry of National Defence emphasised that its military was keeping a watch on the situation and dispatched aircraft and ships to respond accordingly.

Pelosi's visit to Taiwan on Wednesday and her meetings with President Tsai Ing-wen and other leaders has infuriated China.

The visit of Pelosi, the top US leader in 25 years to visit Taiwan, came at a politically sensitive time as President Xi Jinping who is set to complete his second five-year term this year and is widely expected to continue in power, unlike his predecessors who retired after a 10-year tenure.

The third term for Xi, 68, is widely expected to be endorsed by the once-in-a-five-year Congress of the ruling Communist Party of China (CPC), which is expected to be held in the next few months.

China apprehends that Pelosi's visit will open floodgates for similar visits by world leaders, especially from Japan and the European Union (EU), undermining the credibility of its claims over the island whose majority population preferred to remain independent.