‘Down with the Chinese Communist Party, Xi’

Protests in Shanghai and Beijing as anger over COVID curbs mounts 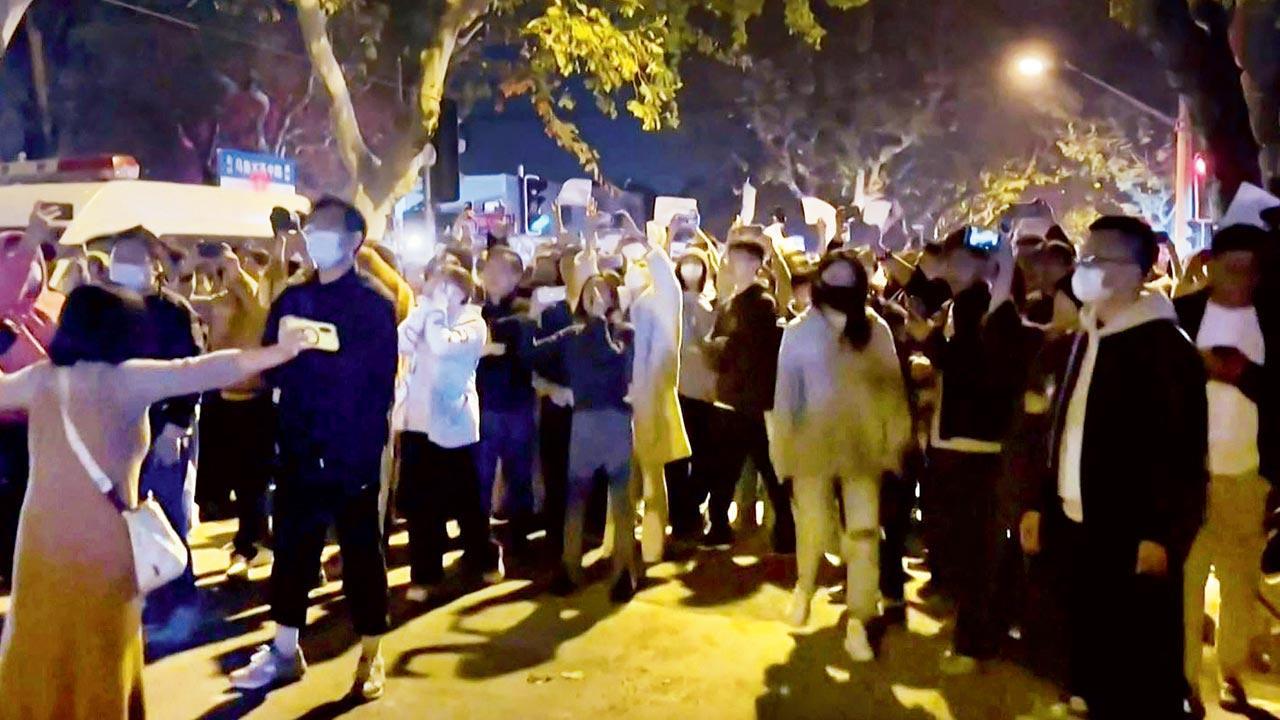 
Protests in China against heavy COVID-19 curbs spread to Shanghai on Sunday, with demonstrators also gathering at one of Beijing’s most prestigious universities after a deadly fire in the far west sparked widespread anger.

The wave of civil disobedience, which has included protests in Urumqi where the fire occurred as well as elsewhere in Beijing and in other cities, has reached unprecedented levels in mainland China since Xi Jinping assumed power a decade ago.

In Shanghai, China’s most populous city, residents gathered on Saturday night at Wulumuqi Road - which is named after Urumqi - for a candlelight vigil that turned into a protest in the early hours of Sunday.

The crowd held up blank sheets of paper - a protest symbol against censorship. Later on, they shouted, “lift lockdown for Urumqi, lift lockdown for Xinjiang, lift lockdown for all of China!” according to a video circulated on social media. At another point, a large group began shouting, “Down with the Chinese Communist Party, down with Xi Jinping”, according to witnesses and videos, in a rare public protest against the country’s leadership. The police tried at times to break up the crowd. At the campus of Beijing’s Tsinghua University, Jinping’s alma mater,  a large crowd gathered, according to images and videos posted on social media. Some people also held blank sheets of paper. Thursday’s fire that killed 10 people in a high-rise building in Urumqi, capital of the Xinjiang region, saw crowds take to the street on Friday evening, chanting “End the lockdown!” and pumping their fists in the air, according to videos.

Many internet users surmised that residents were not able to escape in time because the building was partially locked down, which city officials denied. In Urumqi, a city of 4 million, some people have been locked down for as long as 100 days.

China has stuck with Xi’s signature zero-COVID policy even while much of the world tries to coexist with the coronavirus. While low by global standards, China’s cases have hit record highs for days, with nearly 40,000 new infections on Saturday. China defends the policy as life-saving and necessary to prevent overwhelming the healthcare system.