Emergency in California over wildfire near Yosemite 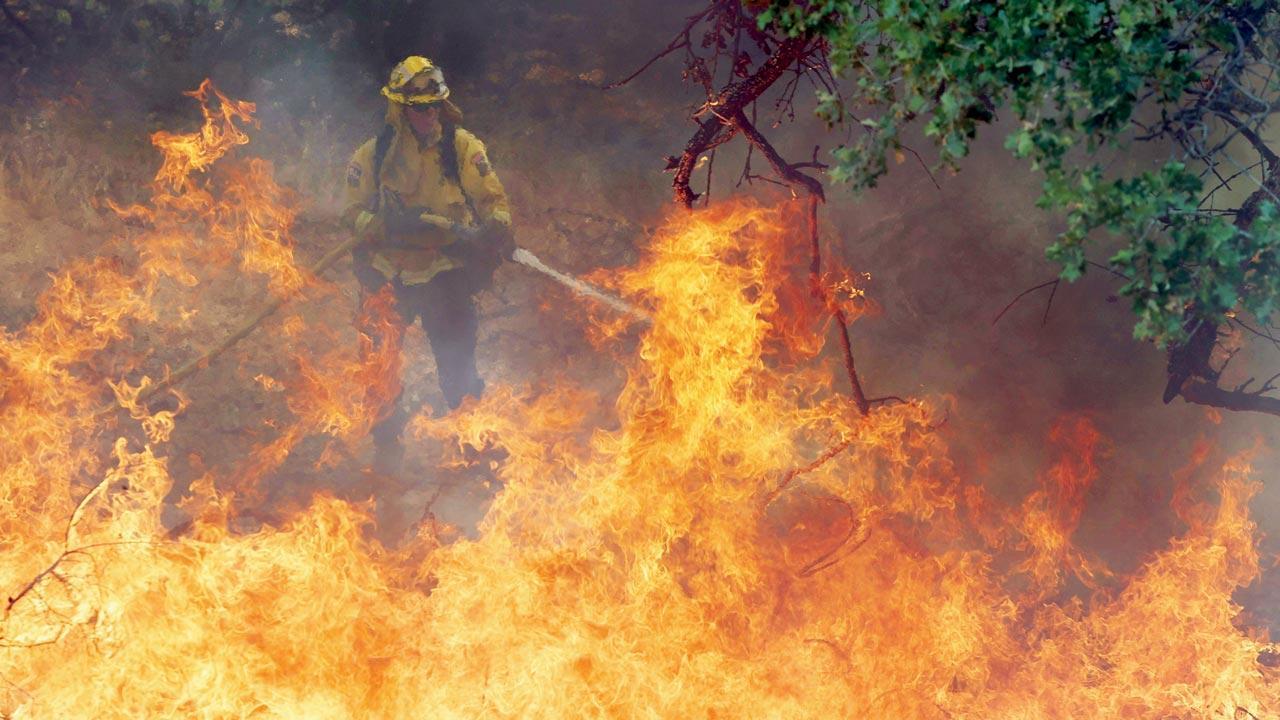 A Cal Fire firefighter sprays water as he battles the Oak Fire on Saturday near Mariposa, California. Pic/AFP


A fast-moving brush fire near Yosemite National Park exploded in size Saturday into one of California’s largest wildfires of the year, prompting evacuation orders for thousands of people and shutting power to more than 2,000 homes and businesses.

The Oak Fire started Friday afternoon southwest of the park near the town of Midpines in Mariposa County and by Saturday had grown to nearly 19 square miles (48 square kilometers), according to the California Department of Forestry and Fire Protection, or Cal Fire.

It erupted as firefighters made progress against an earlier blaze that burned to the edge of a grove of giant sequoias in the southernmost part of Yosemite park.

Evacuation orders were put in effect Saturday for over 6,000 people living across a several-mile span in the sparsely populated, rural area, said Daniel Patterson, a spokesman for the Sierra National Forest.

Governor Gavin Newsom proclaimed a state of emergency for Mariposa County on Saturday due to the effects of the Oak Fire.
More than 400 firefighters were battling the blaze, along with helicopters, other aircraft and bulldozers, facing tough conditions that included hot weather, low humidity and bone-dry vegetation caused by the worst drought in decades, Patterson said.

California has experienced increasingly larger and deadlier wildfires in recent years as climate change has made the West much warmer and drier over the past 30 years. Scientists have said weather will continue to be more extreme and wildfires more frequent, destructive and unpredictable.

Next Story : Despite Russian strike on Odesa, Ukraine to resume grain exports