The raids were conducted by more than 3,000 police officials and security forces across 11 federal states 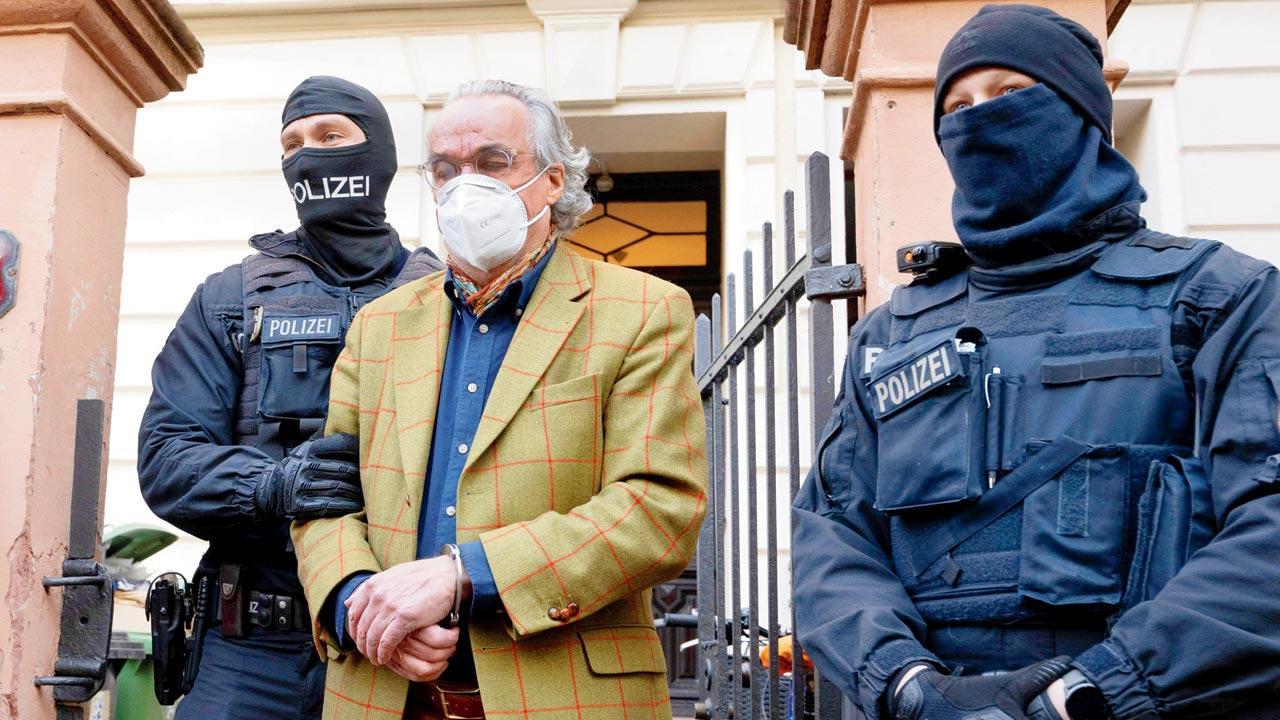 
German authorities on Wednesday detained 25 members and supporters of a far-right group that the prosecutor’s office said were preparing a violent overthrow of the state, with some members suspected of plotting an armed attack on the parliament.

One active soldier and several reservists are among those being investigated, a spokesperson for the military intelligence service said. The active soldier is a member of the Special Forces Command, it said.

A former parliamentary lawmaker from the far-right Alternative For Germany (AfD) who serves as a judge in Berlin was also among those detained, along with a former member of a German royal family.

Investigators suspect individual members of the group had concrete plans to storm the Bundestag lower house of parliament in Berlin with a small armed group, the prosecutor’s office said.

One of the suspects, identified as Heinrich XIII P. R. under Germany’s privacy law, had reached out to representatives of Russia, whom the group saw as its central contact for establishing its new order, the office said. It said there was no evidence the representatives had reacted positively to the request.

Heinrich, who comes from the royal House of Reuss, which had ruled over parts of eastern Germany, was seen as the designated leader in the group’s future state while another suspect, Ruediger v. P., was the head of the military arm, the office said. Prosecutors said the raids were conducted by more than 3,000 police officials and security forces across 11 German federal states. Suspects were arrested in the German states of Baden-Wuerttemberg, Bavaria, Berlin, Hesse, Lower Saxony, Saxony, Thuringia as well as in Austria and Italy, said the office.

The suspects are accused of preparing, since the end of November 2021 at the latest, to carry out actions based on their ideology, according to the office. These actions include procuring equipment, recruiting new members and holding shooting lessons, it added. The focus of the recruitment efforts were primarily members of the military and police officers, the office said. The group was aware its plan would involve deaths, the office said, adding that its members considered this scenario to be a “necessary intermediate step” towards overarching system change.