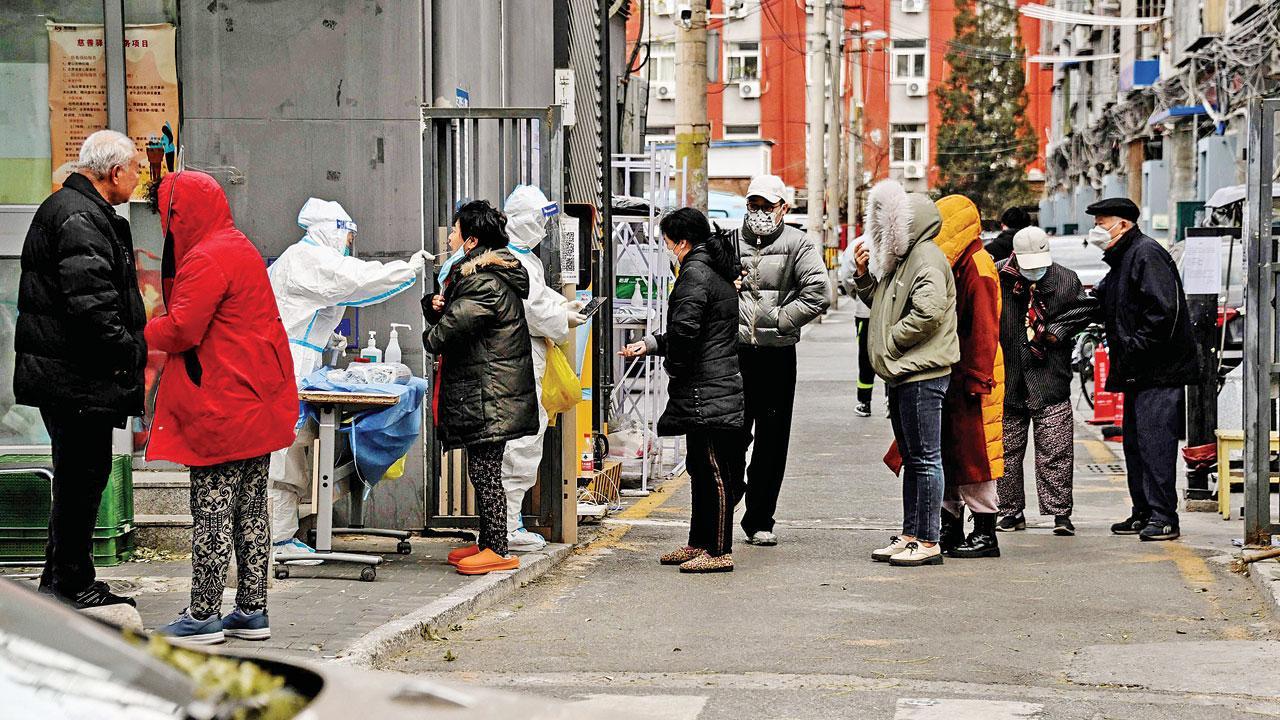 People undergo testing at a residential area under lockdown due in Beijing on November 29. Pic/AFP


People in the Chinese city of Guangzhou clashed with riot police in hazmat suits on Tuesday night as authorities investigated more of those who have taken part in a string of protests against the world’s toughest COVID-19 restrictions. The demonstrations, which escalated over the weekend as they spread to Shanghai, Beijing and elsewhere, are one of the biggest acts of public defiance seen since President Xi Jinping came to power in 2012.

The southern city of Guangzhou became the latest to announce an easing of curbs on Wednesday, but with record numbers of cases nationwide, there seems little prospect of a major U-turn in a policy that Xi has said is saving lives and has proclaimed as one of his political achievements. Announcing the lifting of lockdowns in parts of Guangzhou, authorities did not mention the protests and the district where Tuesday’s violence flared remained under the tight controls.

In one video of those clashes posted on Twitter, dozens of riot police clad in white protective suits and holding shields over their heads, advanced in formation over what appeared to be torn down lockdown barriers as objects flew at them. Police were later seen escorting away a row of people in handcuffs. Another video clip showed people throwing objects at the police, while a third showed a tear gas canister landing amidst a small crowd on a narrow street, sending people running off to escape the fumes. As well as the easing of curbs in Guangzhou, in Zhengzhou, the site of a big Foxconn factory making Apple iPhones that has been the scene of worker unrest over COVID, officials announced the “orderly” resumption of businesses, including supermarkets, gyms and restaurants. However, they also published a long list of buildings that would remain under lockdown.

In a statement that did not refer to the protests, the Communist Party’s top body in charge of law enforcement agencies said late on Tuesday that China would resolutely crack down on “the infiltration and sabotage activities of hostile forces”. The Central Political and Legal Affairs Commission also said “illegal and criminal acts that disrupt social order” would not be tolerated.

Next Story : At least 448 killed in Iran protests: Rights group