I have never returned empty-handed from Nandigram: Mamata 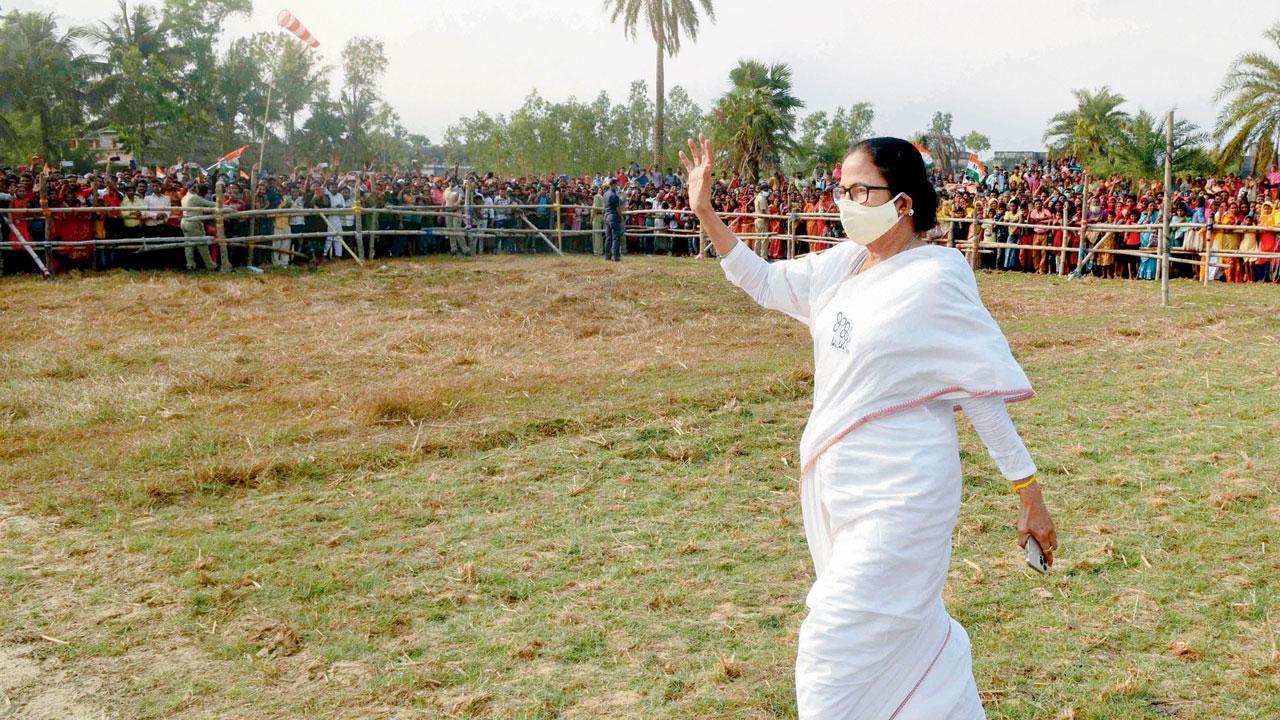 Mamata Banerjee at a campaign in Nandigram on Tuesday. Pic/PTI


West Bengal Chief Minister Mamata Banerjee on Wednesday filed her nomination for Nandigram assembly seat. Banerjee is pitted against her former protege Suvendu Adhikari, who joined the BJP some time ago. The Nandigram seat will go to poll on April 1 in the second phase.

After filing her nomination, Banerjee exuded confidence of winning the seat. “When I visited Nandigram in January, there was no MLA from here as the sitting MLA had resigned. I looked at the faces of the common people and decided to contest from here,” she said after filing her paper.  “I have never returned empty-handed from here [Nandigram]. Nandigram is not just a name; it is the name of a movement. Bhulte pari sobar naam, bhulbo nako Nandigram (I can forget everyone’s name, but can never forget Nandigram). That’s the significance of this place for me,” she said.

Hurt during campaign
Banerjee later said she was injured in one of her legs after being allegedly pushed during the election campaign. The incident happened in the evening when Banerjee was outside a temple in the Reyapara area. “I was standing outside my car with the door open. I was going to a temple there to offer my prayers. Few people came around my car and pushed the door. The door hit my leg,” she said.

01
Day in April Nandigram seat will go to poll