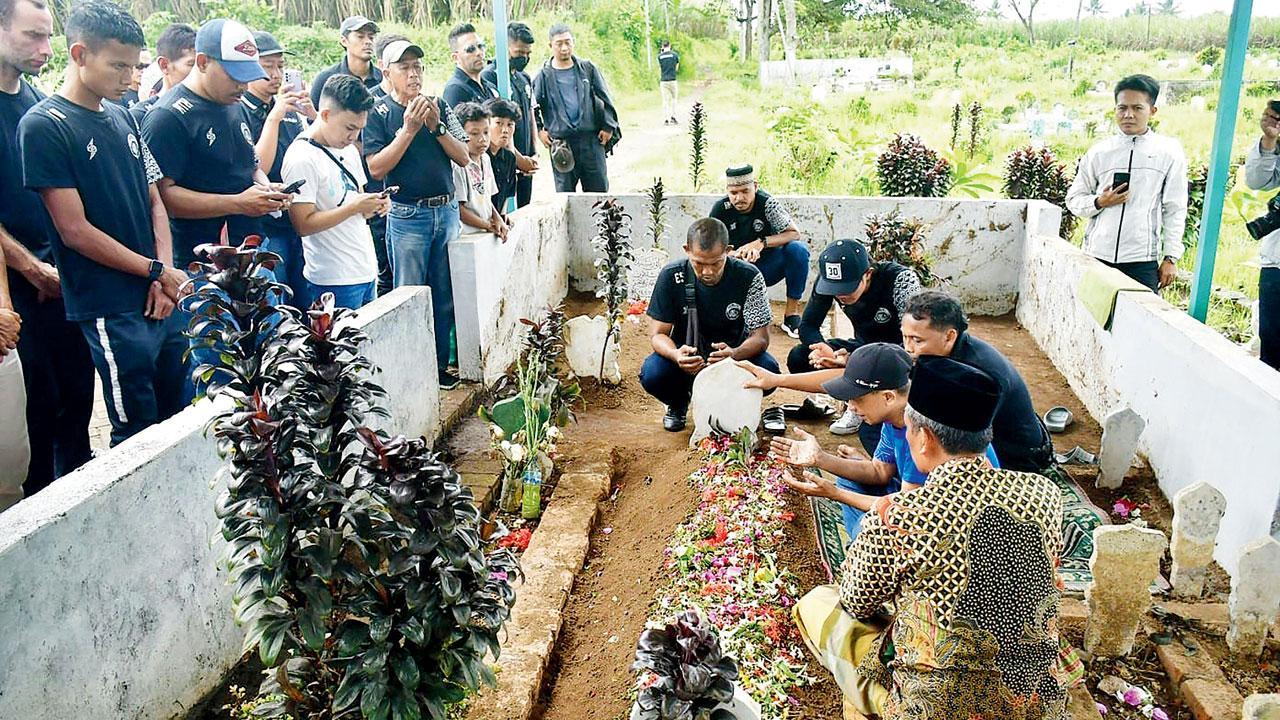 Arema FC players visit the tomb of a victim of the deadly stampede Monday. Pic/AFP


Indonesian police said on Tuesday that the gates at the soccer stadium where police fired tear gas and set off a deadly crush were too small and could only accommodate two at a time when hundreds were trying to escape.

Photos from the Malang stadium showed four connecting doors forming one gate. Police said investigation was focused on six of the 14 gates where most of the spectators died in the crush.

Police spokesperson Dedi Prasetyo said that they were unlocked but only able to accommodate two people. He added that the gates were the responsibility of the organisers. On Monday, police announced they had removed one police chief and nine elite officers and 18 others were being investigated for responsibility in the firing of tear gas in the stadium.

Indonesia’s soccer federation (PSSI) said the club’s security officer and the head of its organising committee would be banned from the sport for life, and fined the club 250 million rupiah ($16,398). Officials from FIFA and the Asian Football Confederation would visit the country, another PSSI official said.

Next Story : US to impose costs on Iran for crackdown on protests: Joe Biden