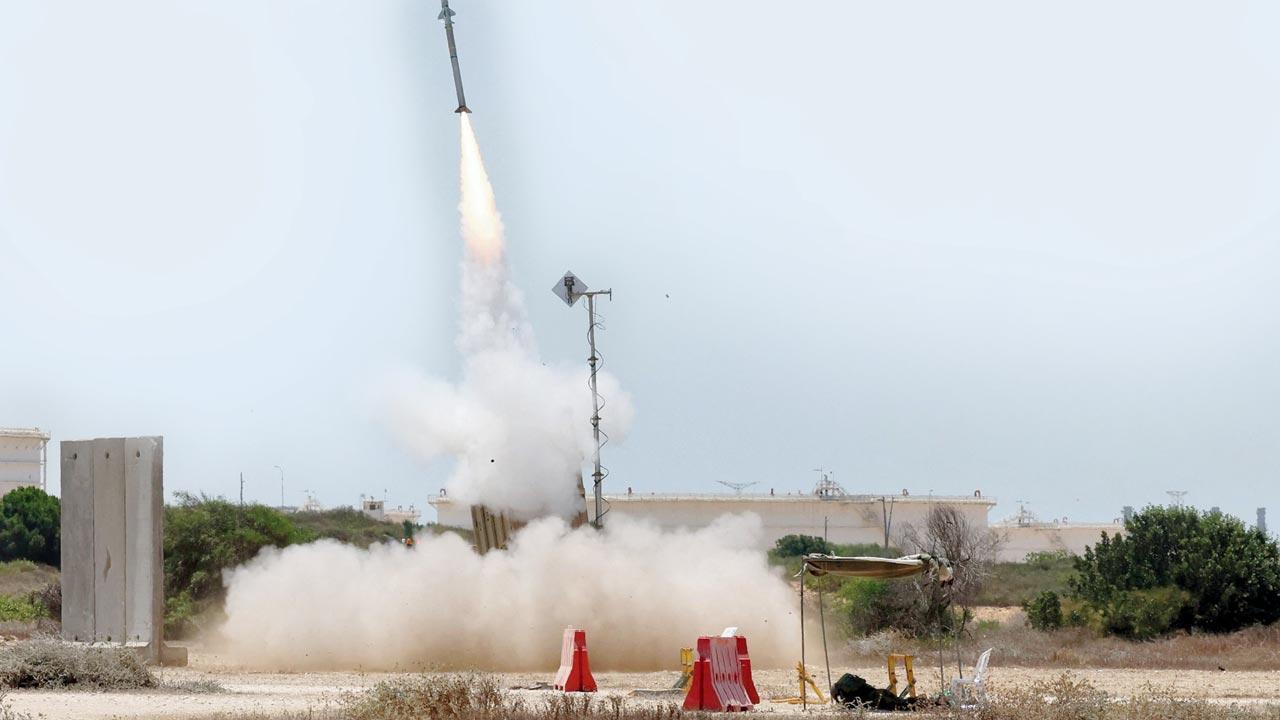 An Israeli Iron Dome air defence system launches a missile to intercept rockets fired from the Gaza Strip, on the outskirts of the southern Israeli city of Ashkelon Sunday. Pic/AFP


An Israeli airstrike killed a senior commander in the Palestinian militant group Islamic Jihad, the fighters said on Sunday, their second leader to be slain amid an escalating cross-border conflict.

The killing late Saturday of Khaled Mansour, who led the Iran-backed Islamic Jihad’s operations in the southern Gaza Strip, came a day after another Israeli strike killed the militant’s commander in the north.

The fighting has killed at least 29 Palestinians and seen hundreds of rockets fired toward Israel in the worst violence between Israel and Palestinian militants since the end of an 11-day war in 2021.

Israeli Prime Minister Yair Lapid said the army would continue to strike targets in the Gaza Strip “in a pinpoint and responsible way in order to reduce to a minimum the harm to noncombatants. The operation will continue as long as necessary”.

Israel’s Iron Dome interceptor has shot down 97 per cent of Palestinian rockets it has engaged during the weekend surge of Gaza fighting, the military said, an improvement in the performance of the U.S.-backed system.

The Al-Quds Brigades of Islamic Jihad confirmed Sunday the airstrike in the southern Gaza city of Rafah killed Mansour and two fellow militants. The militants said it also killed civilians as it flattened several homes.

On Sunday, Gaza’s Health Ministry said 29 people had been killed in fighting so far, including six children and four women. It said at least 253 people had been wounded. Israel estimates its airstrikes killed about 15 militants.

Militants from Islamic Jihad continued firing rockets toward Israel and the Israeli military continued airstrikes on Gaza, though the intensity  appeared to decrease early Sunday. Air raid sirens sounded in the Jerusalem area for the first time Sunday since last year’s war between Israel and Palestinian militants.

They agreed to truce in Gaza from Sunday evening as mediated by Cairo, sources said, after a weekend-long pounding of Palestinian targets by Israel triggered longer-range rocket attacks against its cities.

29
No. of people killed in the fighting

Israel’s right to defend itself

The United States fully supported Israel’s right to defend itself, the State Department said on Saturday, and urged all sides to avoid further escalation as Israeli air strikes pounded Gaza while the militant Islamic Jihad group fired rockets into Israel.

Next Story : China keeps up pressure on Taiwan