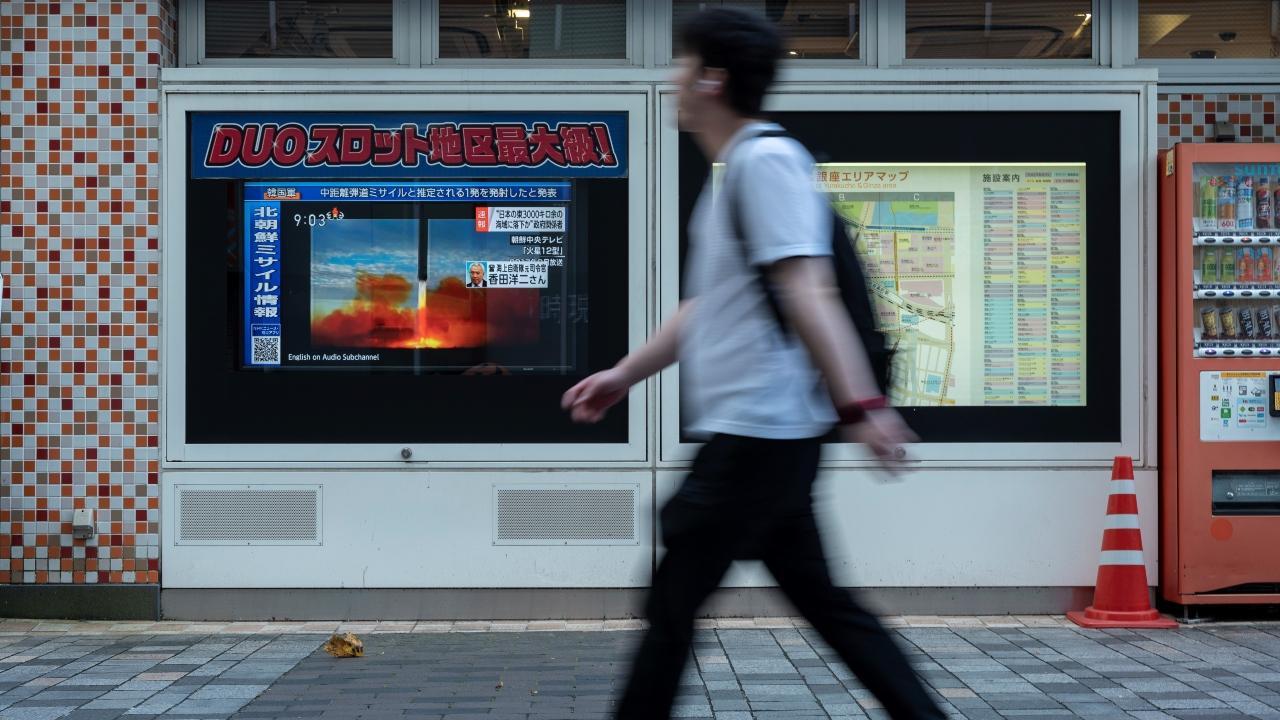 A man walks past a public television screen in Tokyo on October 4, 2022, displaying file missile footage during a broadcast about an early morning North Korean missile launch which prompted an evacuation alert over northeastern Japan. Pic/AFP


Japan on Tuesday urged residents to evacuate to shelters after North Korea fired an unidentified ballistic missile that flew over Tokyo.

According to Kyodo News, early Tuesday, the government issued an alert urging residents in Japan's northernmost main island of Hokkaido and the country's northeastern prefecture of Aomori to stay inside buildings.

During a press conference, Chief Cabinet Secretary Hirokazu Matsuno as quoted by Kyodo News said that after crossing northeast Japan the missile is believed to have fallen in the Pacific Ocean outside Japan's exclusive economic zone around 7:44 am (local time).

Meanwhile, the South Korean military said that North Korea fired a mid-range ballistic missile eastward from Mupyong-ri in the northern province of Jagang.

Citing Japanese government source, Kyodo News reported that there were no immediate reports of damage to aircraft or ships.

Earlier, North Korea fired missiles on Saturday in an apparent protest against joint naval drills held last week involving the United States and South Korea, as per the media outlet.